The M.B.O.P.A. President, Aumua Ming Leung Wai, told the Samoa Observer that their Marist family is marking the 59th birthday of Samoa due to the absence of an official programme.

“This celebration is for our Marist family to come together to celebrate Samoa’s 59th independence because there is no program this year so we have decided to have our own program here," he said in an interview. 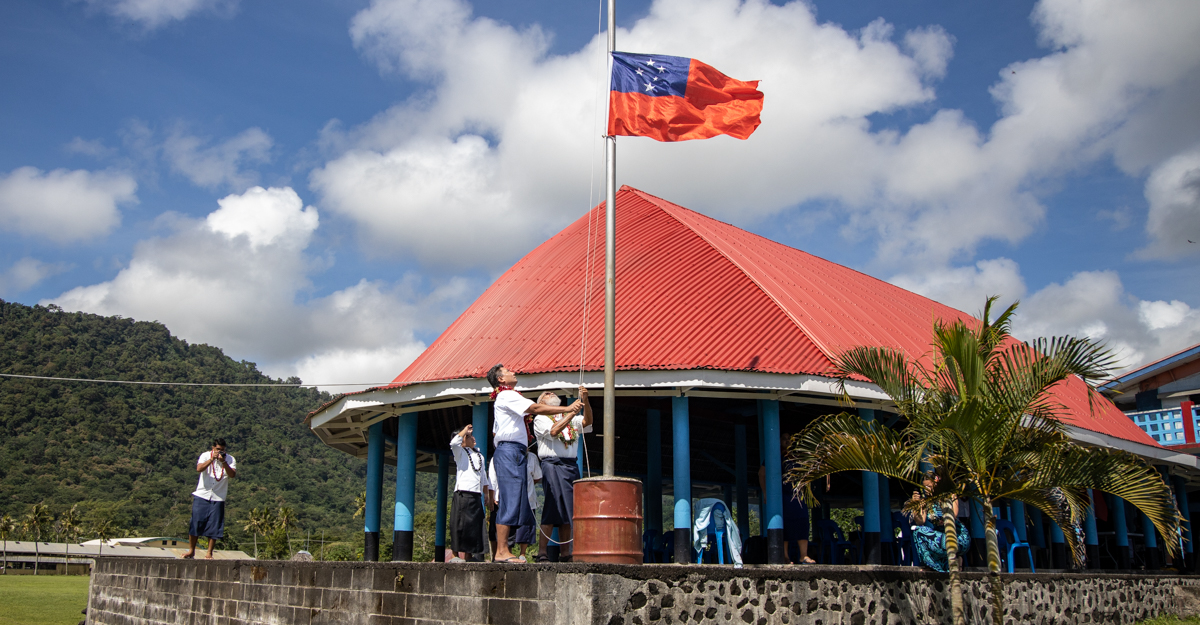 "We at Marist we honor our Government and our forefathers and that is why we decided to come together to commemorate and celebrate the 59th birthday of Samoa."

The programme included a flag-raising ceremony as well as an independence march by the members of the M.B.O.P.A. and their families.

The attire for their independence march which was held at around 12pm on Tuesday was a white top and blue ie with their association’s tie and a red ulafala. 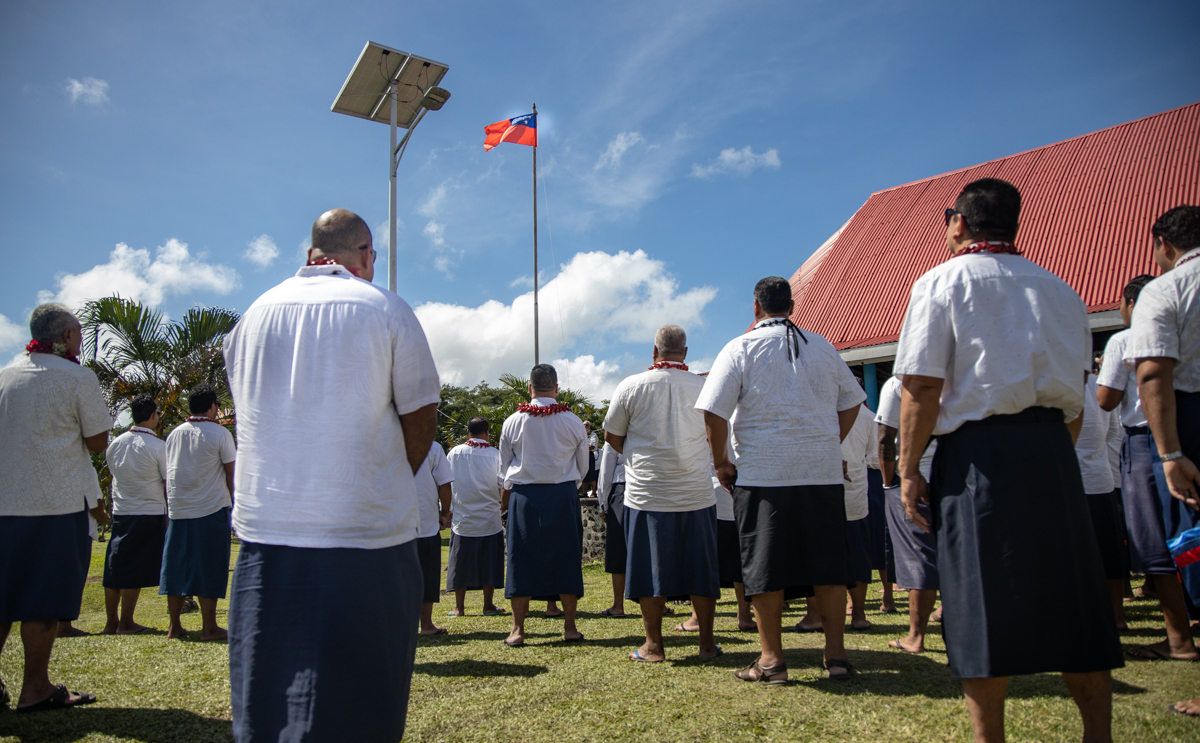 Father Iosefo Vili started the celebration with an opening prayer with all the Marist old pupils assembled and seated.

Addressing the crowd, he said the theme of their celebration for this year is “continue on keeping the commandments of God”.

“As of today’s Independence day, we commemorate our freedom from colonial powers,” he said.

“If we want to live a free life then we shall keep commandments of God, especially showing love to our neighbors as you love God.” 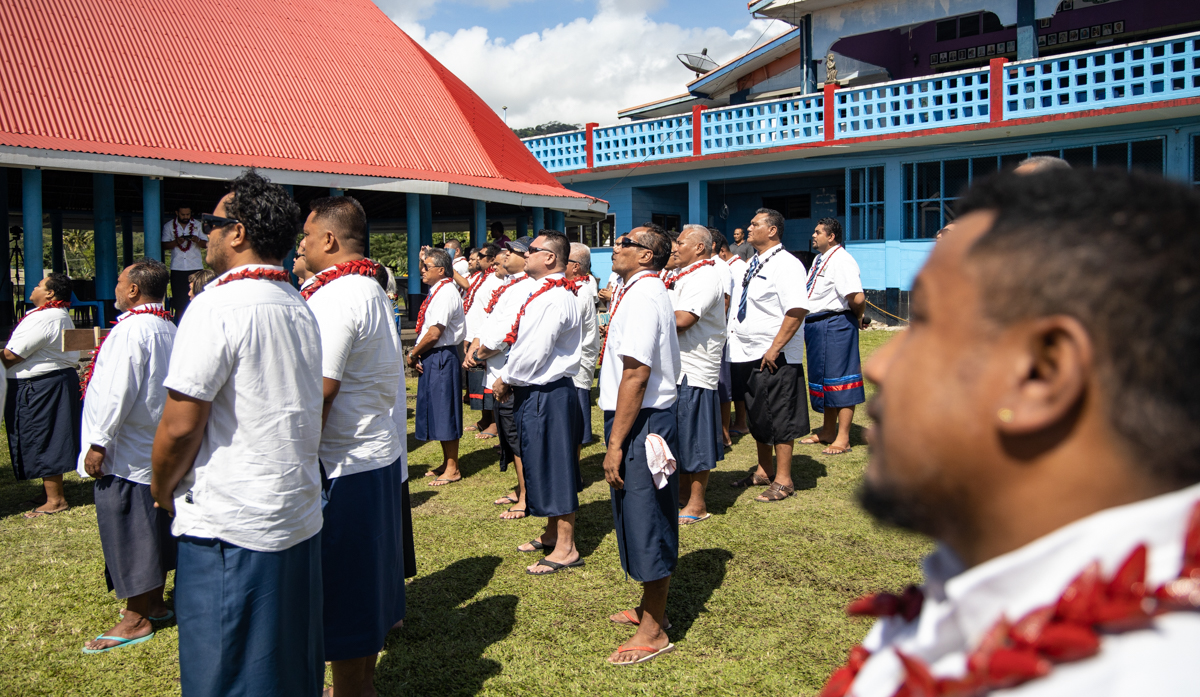 The keynote address was given by the Association’s Patron, 81-year-old Tuala Tom Annandale.

“I am happy to see each and everyone of our Marist brothers participating in the celebration of the 59th independence day of Samoa,” he said.

“We leave politics aside and focus on the celebration itself as we are all one, we are all called the children of Mother Mary.

“Once you enter the gate, whatever title you have will stay behind gates. We are known as one.” 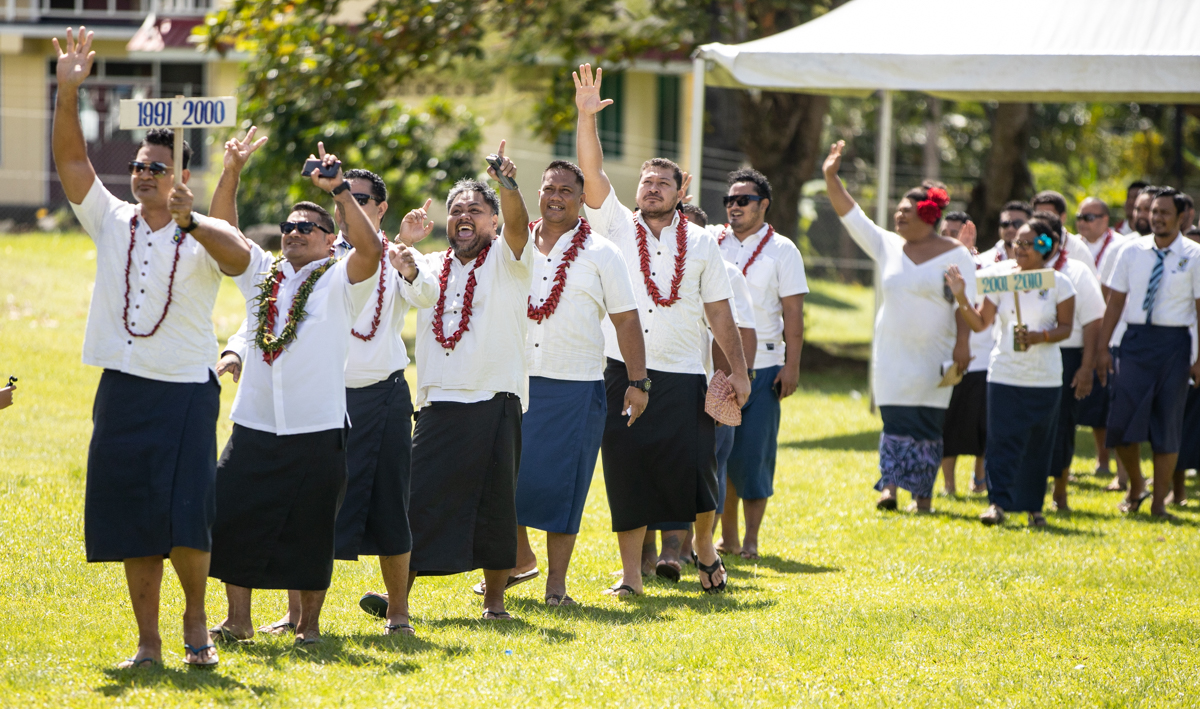 Following the keynote address, the M.B.O.P.A. members made their way to the field to sing Samoa’s national anthem and witness the flag raising ceremony.

Aumua and Tuala both raised the Samoa national flag as their members looked on from below the raised flag foundation, standing in groups based on their alumni graduation years from Saint Joseph’s College. 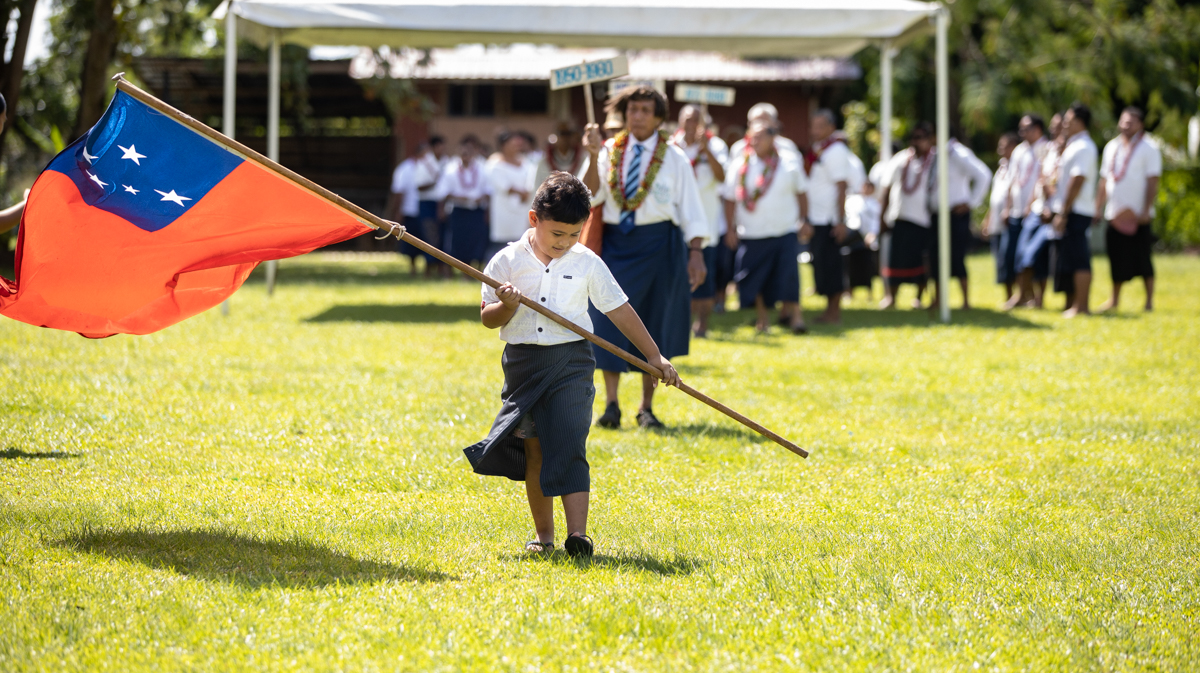 There was an air of camaraderie amongst the M.B.O.P.A. members who then assembled for a group photo after the flag raising ceremony.

The association concluded the programme with a fiafia party for everyone who attended the ceremony.