For many around the country, clouds and rain between 10pm and 1am last Wednesday made it difficult to see any parts of the eclipse at all.

The lunar eclipse coincided with the moon's closest approach to Earth, making it a "supermoon" eclipse that turned the moon reddish, also known as a "blood moon."

The eclipse started at 9:50pm and the total eclipse was expected around 12:11am according to the Samoa Meteorological Service.

Lameko Talia of the Geoscience Section of the Met Service, which comes under the Ministry of Natural Resources and Environment (M.N.R.E.), said the lunar eclipse was to begin at 9:50pm last Wednesday night.

“This phenomenon occurs when the earth casts its shadow on the moon. The earth is between the sun and the moon casting its shadow over the moon,” Mr. Lameko told the Samoa Observer pre-eclipse.

In a Facebook post, the Met Service said last Wednesday night that it was "not a guarantee we will get the perfect setting [or] view for the lunar eclipse tonight as cloudy conditions continue to hover all islands but there should be breaks within the clouds."

They asked locals to "tag" the Met Service in pictures, videos, stories if you happen to be up waiting for the blood moon like us. Manuia!" 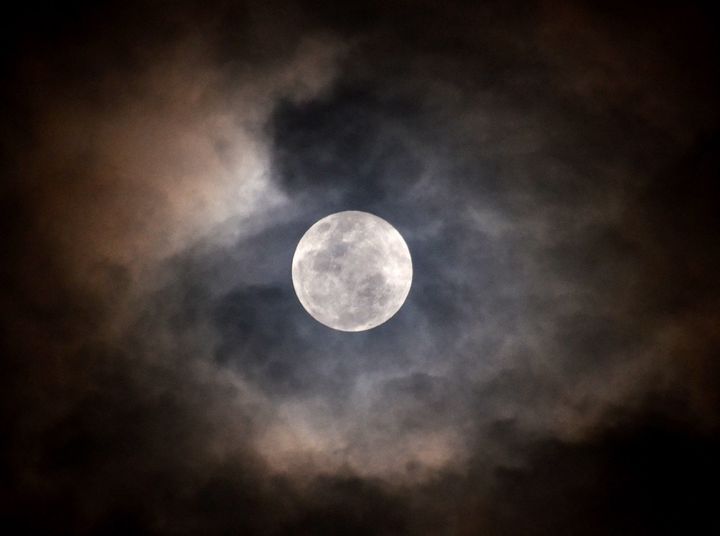 About an hour before the maximum eclipse, the Met Service said of the middle to upper level clouds, "we’re going to be around for most of the night."

"It will obscure the view at times but the supermoon should be visible within the breaks," they explained.

Filmmaker and author Galumalemana Steven Percival at the Tiapapata Art Centre was able to capture the super blood moon at 12:37am from Tiapapata.

On Wednesday night at 9:02 p.m. he reported clouds coming and going.

"I am confident the supermoon will reveal itself in all its glory tonight," Galuemalemana wrote on the Apia Expats Facebook page.

Rudy Bartley of WTMedia wrote on Facebook his team stayed up to film the eclipse from Taumeasina Island Resort but "unfortunately the clouds got in the way of our filming."

Mr. Talia at the Met Office said the lunar eclipse is the only one for 2021.