The day started with the girls from the big island, the Savaii Queens took out D-Angels from Zone B with scores of 12 - 10. (Photo: Anetone Sagaga)
Samoa Rugby Union
Rugby union
School sports

The first round for the Junior Lakapi Championship kicked off on Friday at the Apia Park Stadium where combined teams from Zone A, B, C, and D are competing for the title as it is the first competition of the sorts.

The day started with the girls from the big island, the Savaii Queens (Grey) took out D-Angels (Purple) from Zone B with scores of 12 - 10.

The ladies in grey came to win and definitely showed how much they wanted to win their first match. The female players have shown much improvement, a result of the developments by Lakapi Samoa in schools. 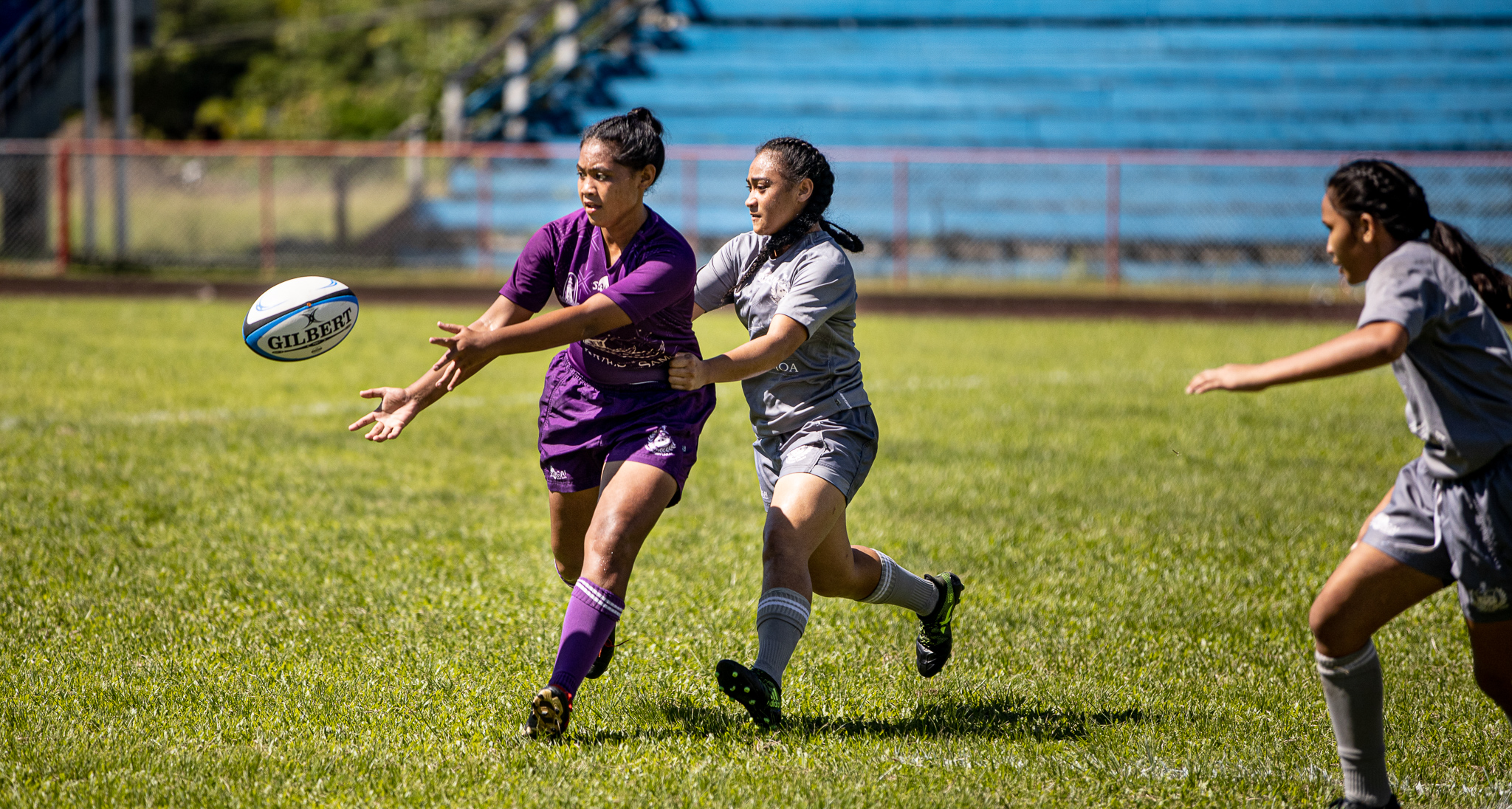 The Hurricanes (Maroons) from Zone A also had a good start on Friday when they upset Pacificators (Black), 27 - 19. Hurricanes were selected from Leifiifi College, Avele College, and Aleipata College.

As for Pacificators, they are from Zone D, which includes schools in the areas where Leulumoega Fou College is from and other colleges in the Aana region. 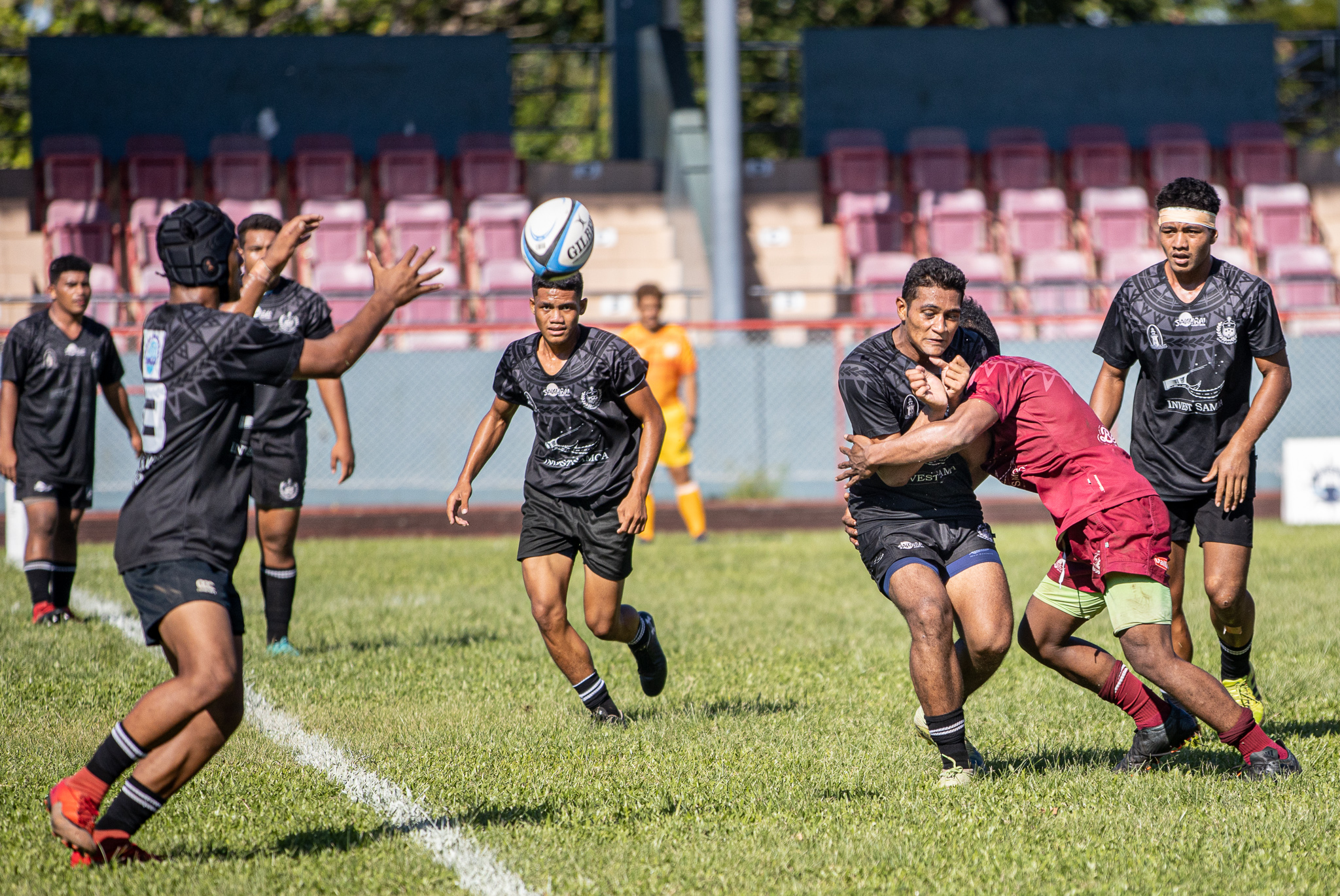 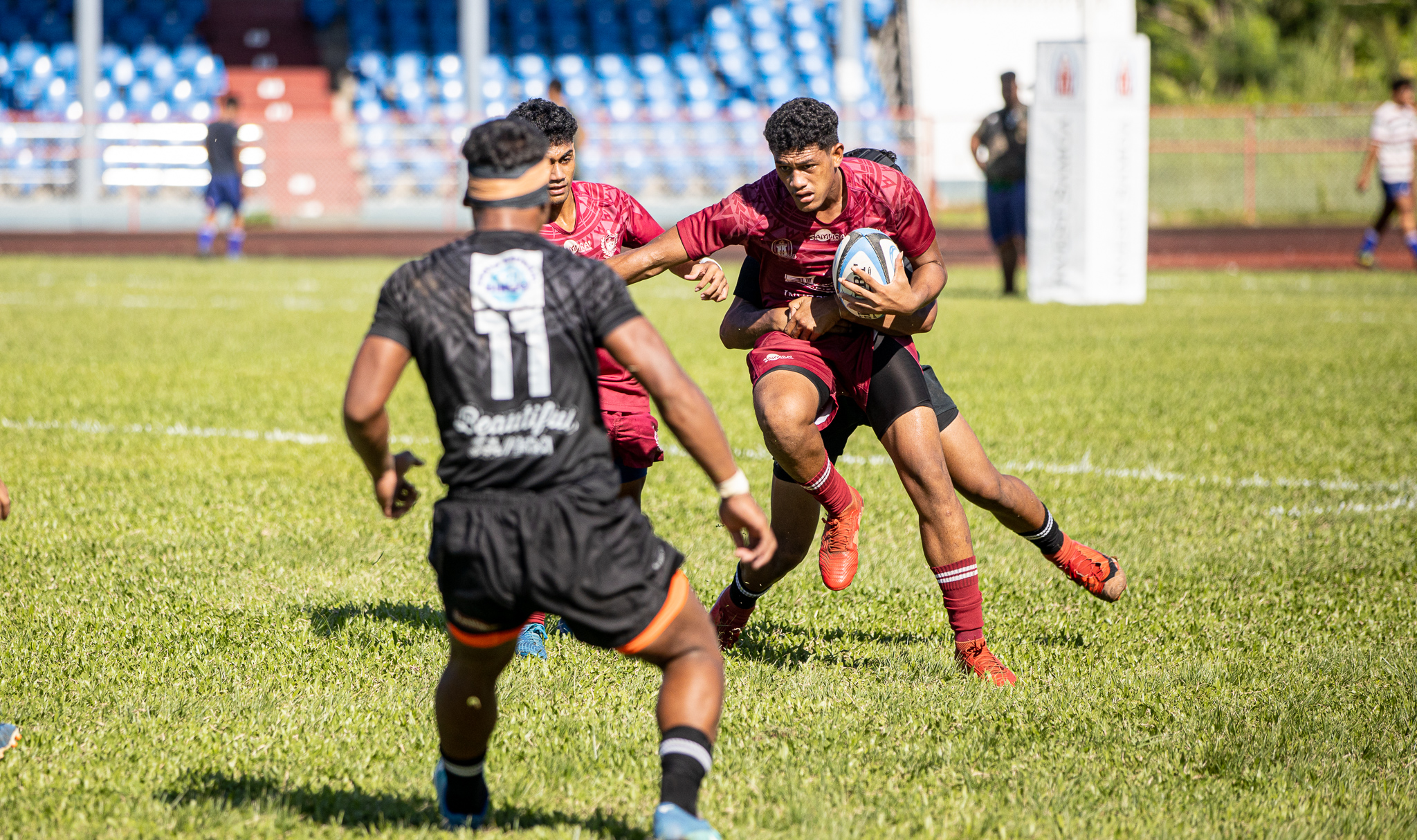 There were quite a few players who were really outstanding on Friday from all the teams that competed. One of them is a young girl from the Savaii Queens, Toiva Ioasa, who was the captain for Palauli i Sisifo, and Ruhama Leiataua of Aana 2 College. Miss Leiataua was the playmaker for the D Angels on Friday.

She went on the field when there were only a few minutes left on the clock for the last half, and she immediately secured a try for her team however it was not enough to win them their first match.

Friday also marked the first day of the four weeks competition, all the teams will be back again at the Apia Park Stadium next week Friday for the second round of the competition.

An attempt by the Samoa Observer to get a comment from the Management Teams was unsuccessful as of press time.