Local company gives back to community

The owner of local company Body Shop, Rosie Ah Chong, has donated $8,000 each to two non-governmental organisations in memory of her late mother who died from cancer.

The mother of two explained that the funds came from a 50 per cent discount sale which her shop held on Tuesday as well as contributions from families and friends. 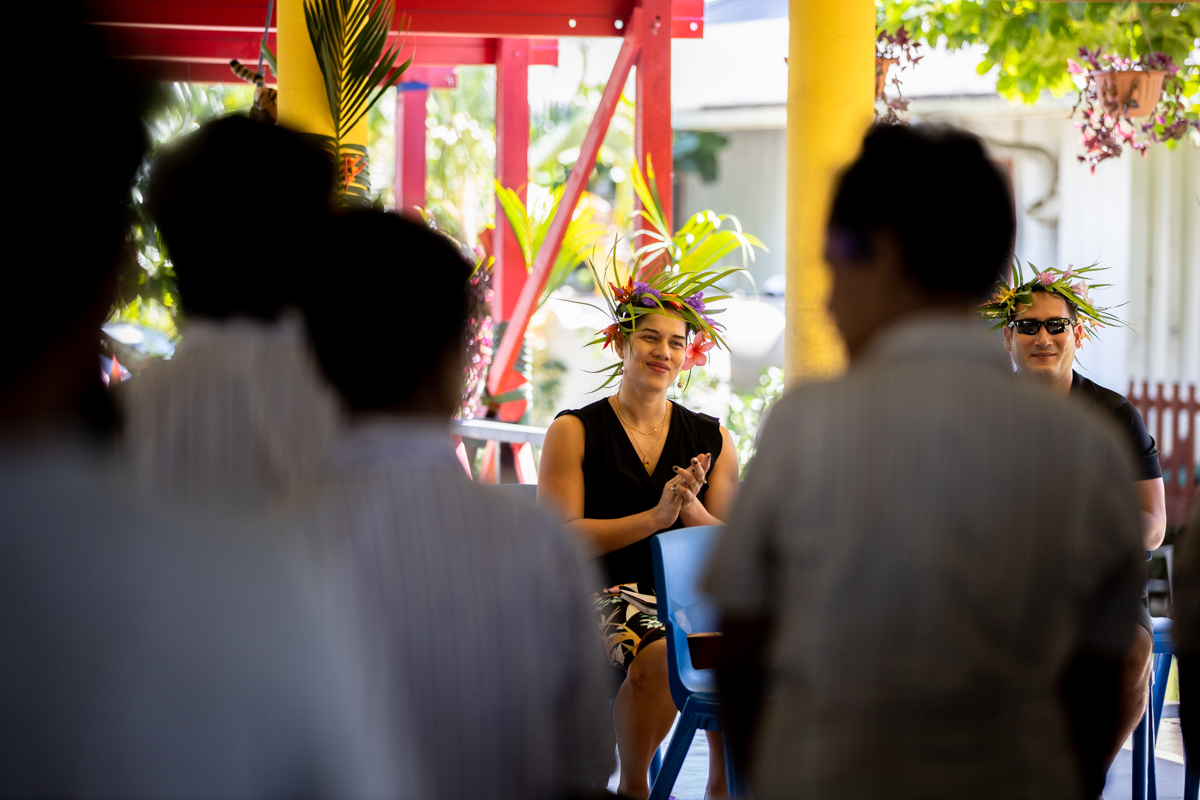 She said she is giving back to the community,d especially the Cancer Society to honour the memory of her late mother who died from Non-Hodgkin's lymphoma cancer.

“I chose the Samoa Cancer Society for personal reasons because of my mother; she passed away when I was only 18 while I was just starting university in New Zealand,” she said.

She added that it was hard not having her mother around for the remaining part of her life. 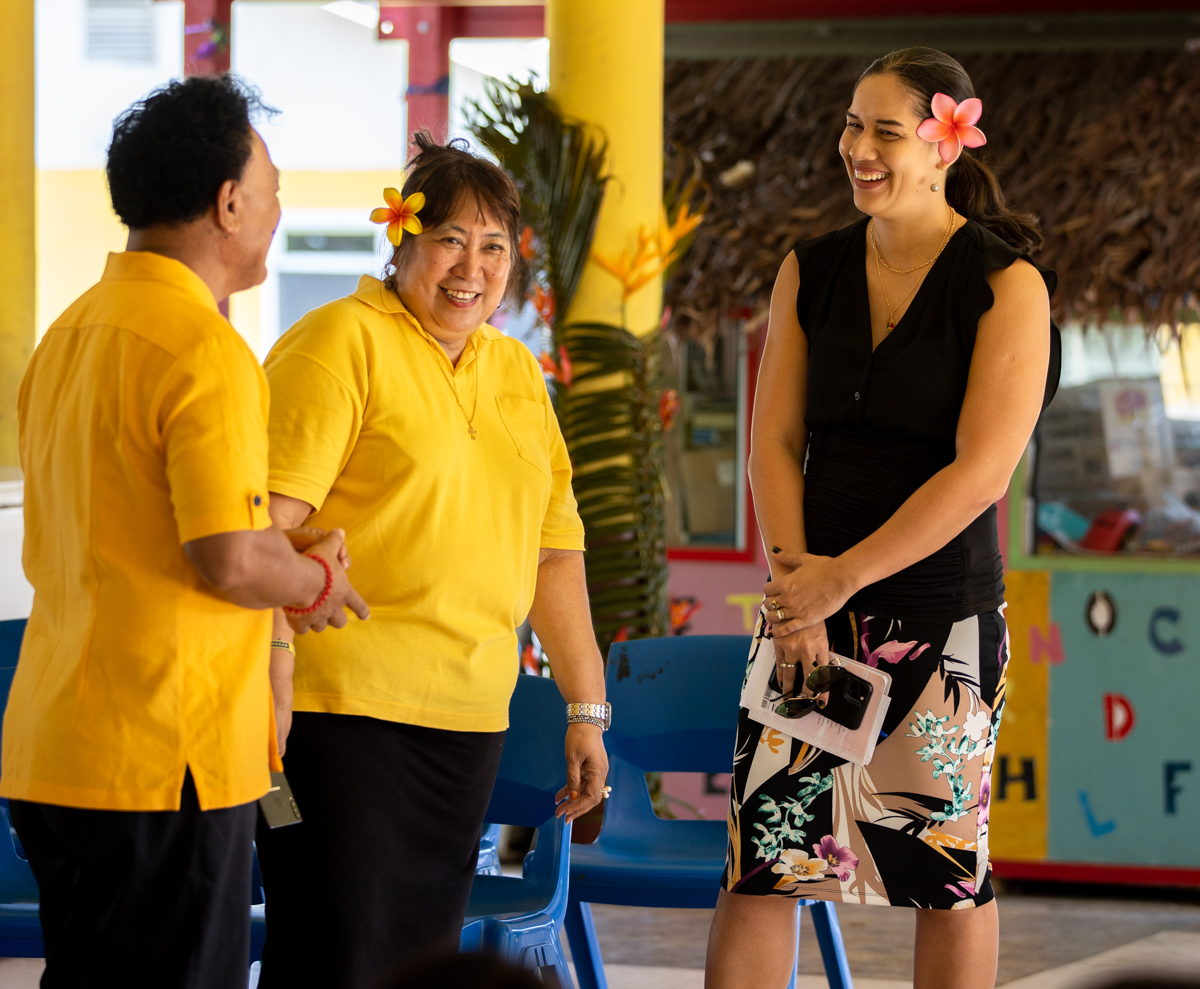 “Thankfully my mother had treatment in New Zealand which gave us some time; I had two years with her.

“When she was sick here, they didn’t pick it up but she got more and more sick and it was when she got to New Zealand that they found out that it had really spread.

“I have always wanted to give to charity but I did not have the financial capacity to do it. But my customers love the 50 per cent discount so I did that and all the funds collected will be divided between the two.” 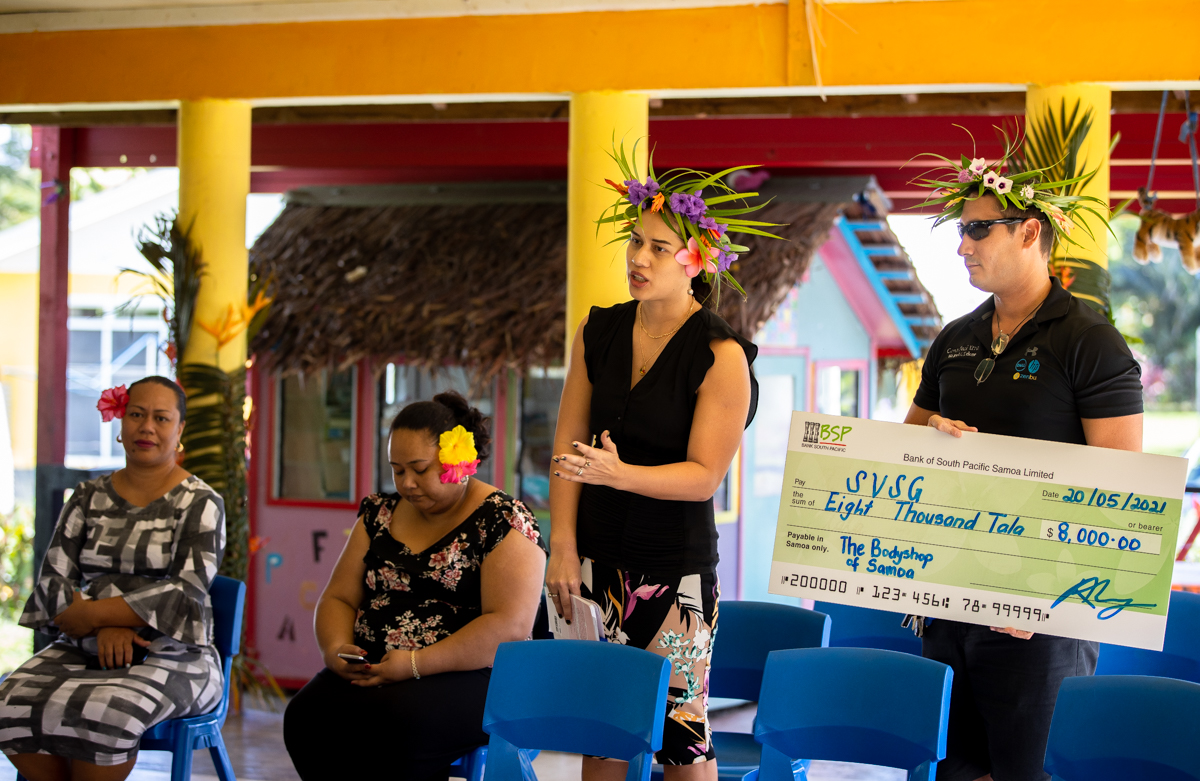 Ms. Ah Chong also added that everyone had that feeling of passing on the love and it was a good turnout, even though they only did a one day sale.

“We started advertising over the weekend; it was a positive thing that people wanted to give back to the community.

“Cancer has been around my life, its hard and an emotional journey family because my father is also fighting cancer at the moment.” 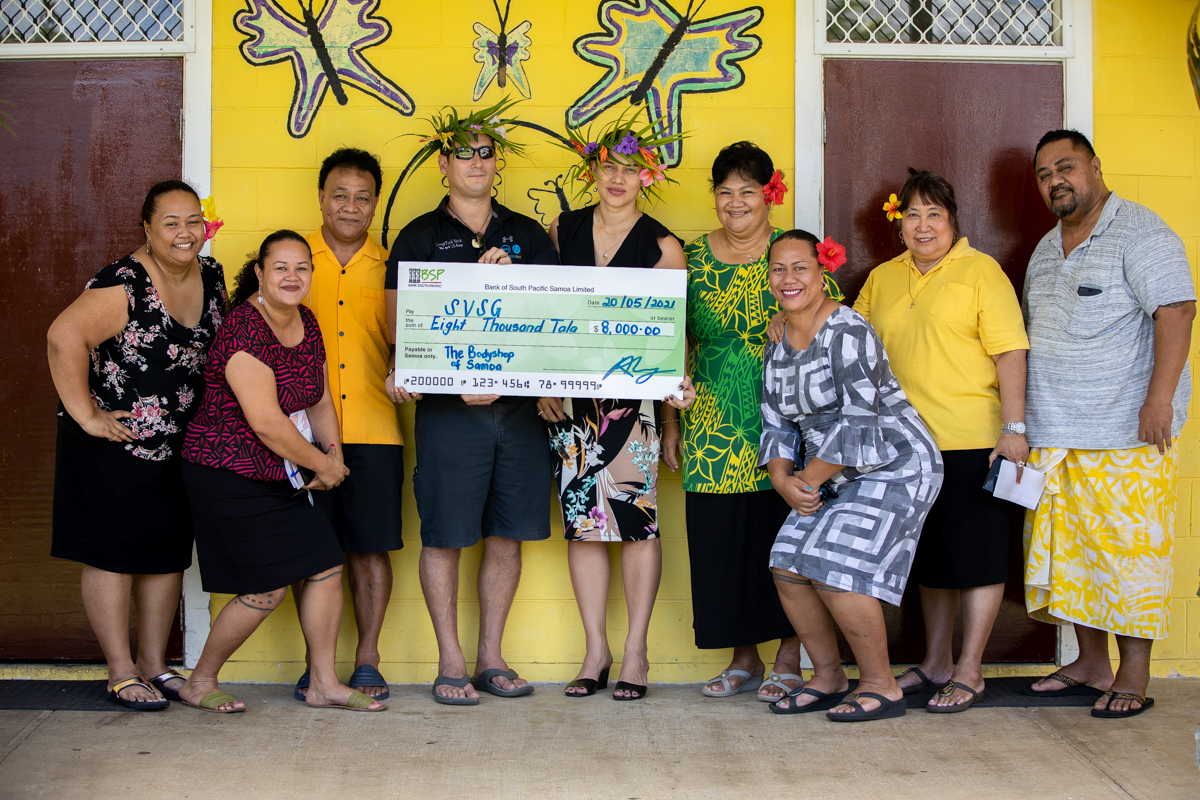 She and a group of friends visited the Campus of Hope on Thursday to present the $8,000 cheque and some food for the children.

The children performed songs and dances to entertain the guests.

“I chose S.V.S.G. because just recently I went with a friend to celebrate her birthday at the Campus by bringing cupcakes and goodie bags for the kids.

“It was so emotional giving to the children who are there yet they don’t choose to be there with their situation.

“The story that stood out the most was a five-year-old girl that got pulled out of her fale and raped and then they had the court case battle but then they thought she was safe to go back home only to find that the father turned around and did the same thing at the age of seven.”

It was heartbreaking for her because when the president of S.V.S.G. was telling the story her six-year-old daughter was sitting right next to her.

“I was looking directly at this little girl yet she did not choose to have that kind of experience in life but it happened. It is the people they should feel the safest and yet have done that to her.

“I don’t know how these children can get through the emotional journey that’s why I really wanted to help.”

She told the children to fight for their future through education.

“May God be the light to guide you in life, don’t let what happened to you destroy your future.

“You are blessed and loved and don’t ever forget that with God by your side you can never go wrong.

“I know that what I’m giving them is not enough but I hope it will help out. I know S.V.S.G. and S.C.S. has done so much for the community these are the unheard heroes.”

“I’m giving both $8,000 each to both non-government organisations, I hope to inspire others to do the  same, I know it’s hard with COVID but it is a great feeling getting a reward of knowing that this money is going to those that need it the most.”

The President of S.V.S.G. Siliniu Lina expressed her heartfelt gratitude on behalf of the children and the Group.

“It brought tears to my eyes to see your heart of kindness help us in our work; I admit it is not easy with more domestic violence victims under our care.

“We thank God for helping us and we hope you will be with us in our journey.”