A concrete mixer truck crashed on its side on Friday, spilling its load onto the roadway in Safaatoa, Lefaga. (Photo: Vaitogi A. Matafeo)
TM
By Tina Mata'afa-Tufele, 14/05/2021

The concrete mixer truck, owned by concrete contractor Apia Concrete Products (A.C.P.), was en route to Niusuatia to deliver concrete to a bridge project that is currently underway in that village.

An eyewitness, 20-year-old Simone Toaga told the Samoa Observer that the truck crashed right in front of his family’s home.

“It happened right in front of our house. I wasn’t at home at the time. I was walking on the road sometime after 12pm in the afternoon, headed to our neighbour’s house for an errand,” said Mr. Toaga. 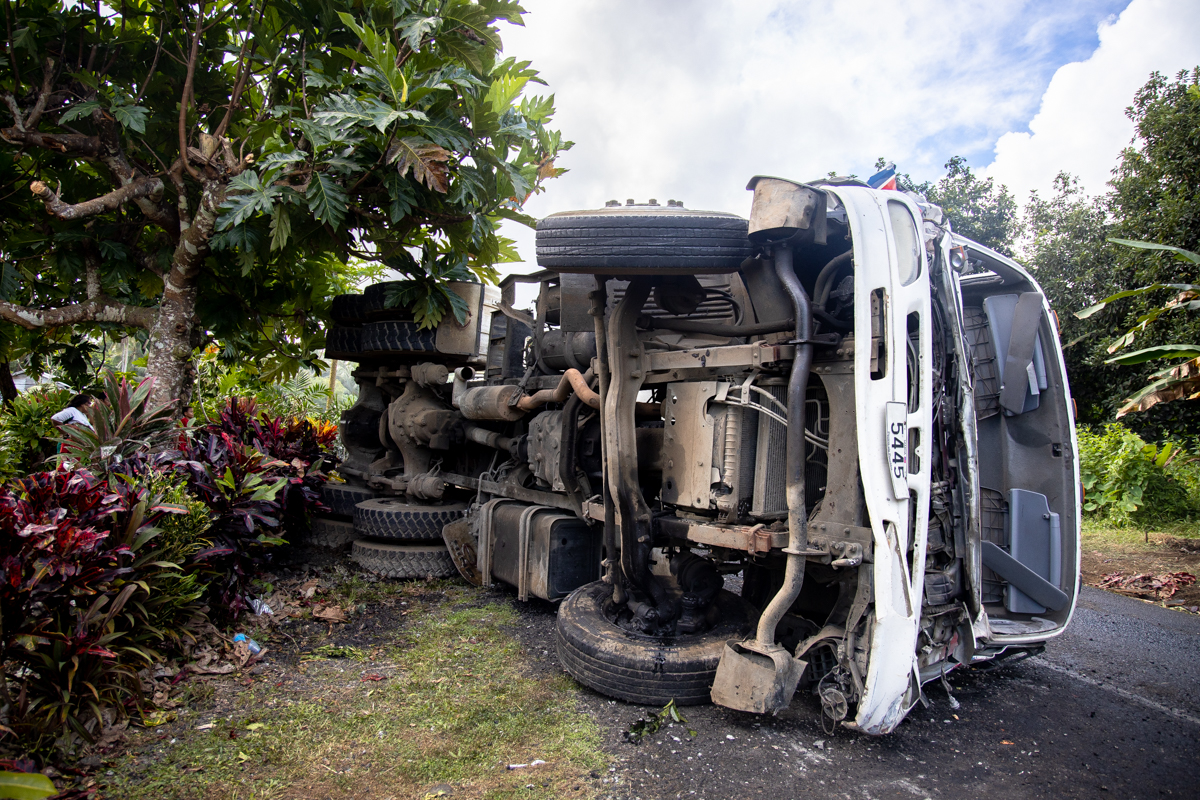 “But I heard the truck crash. I ran to the truck to see if the people inside needed some help. I was primarily concerned about the safety of the driver. When I got to the scene, two other guys from our village had already pulled him outside of the truck.”

The driver did have some injuries but was conscious and speaking after the accident, according to Mr. Toaga.

“He had some injuries but not so bad. I did speak with him and he said that he fell asleep while he was driving and that is why the truck crashed as he was coming down the hill,” he added.

“The driver was on his way to Niusuatia to deliver concrete to a construction project that is happening there, the construction of the concrete bridge.” 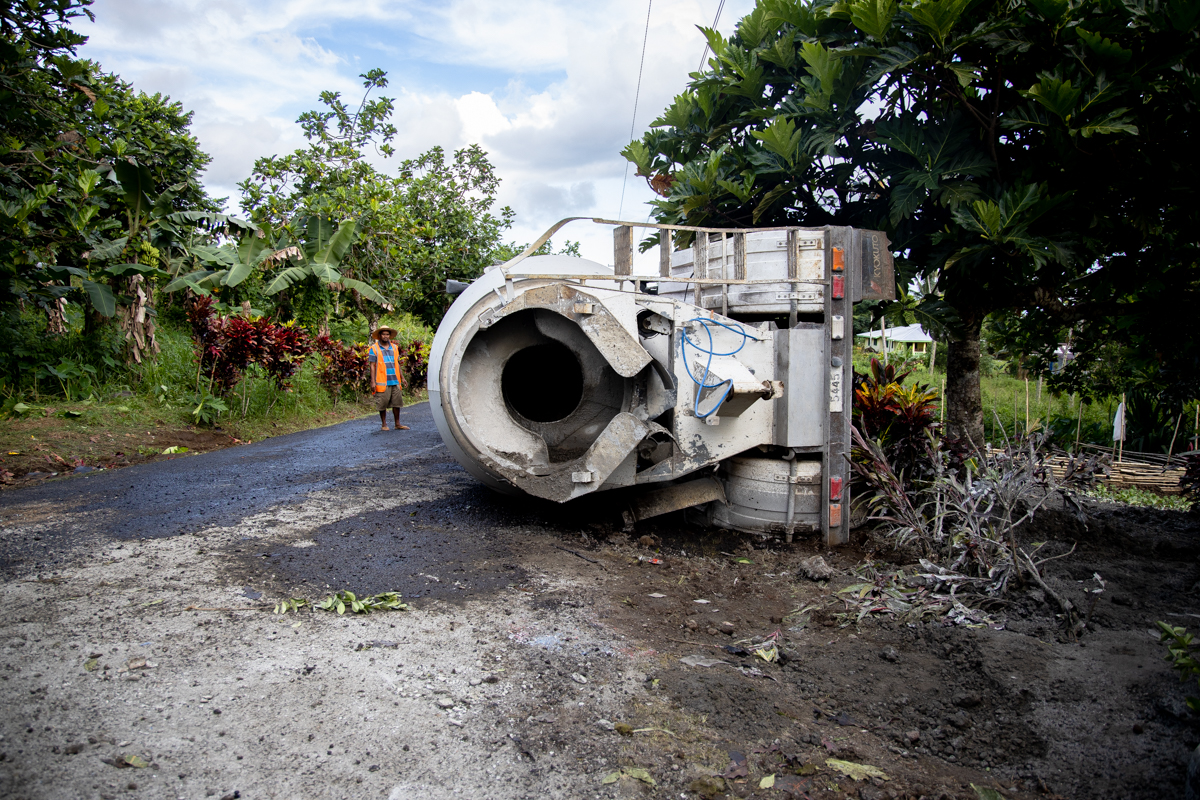 The truck landed on its side and blocked the roadway in Lefaga for several hours, Mr. Toaga added.

The truck’s load spilled onto the roadway and surrounding property, causing some damage to plants bordering the Toaga home.

By 4 pm on Friday the 10-wheeler was moved to the side and motorists were able to traverse the area using one lane.

A.C.P. Vice President Masoe Norman Wetzell and other A.C.P. employees were at the scene of the accident when the Samoa Observer arrived. 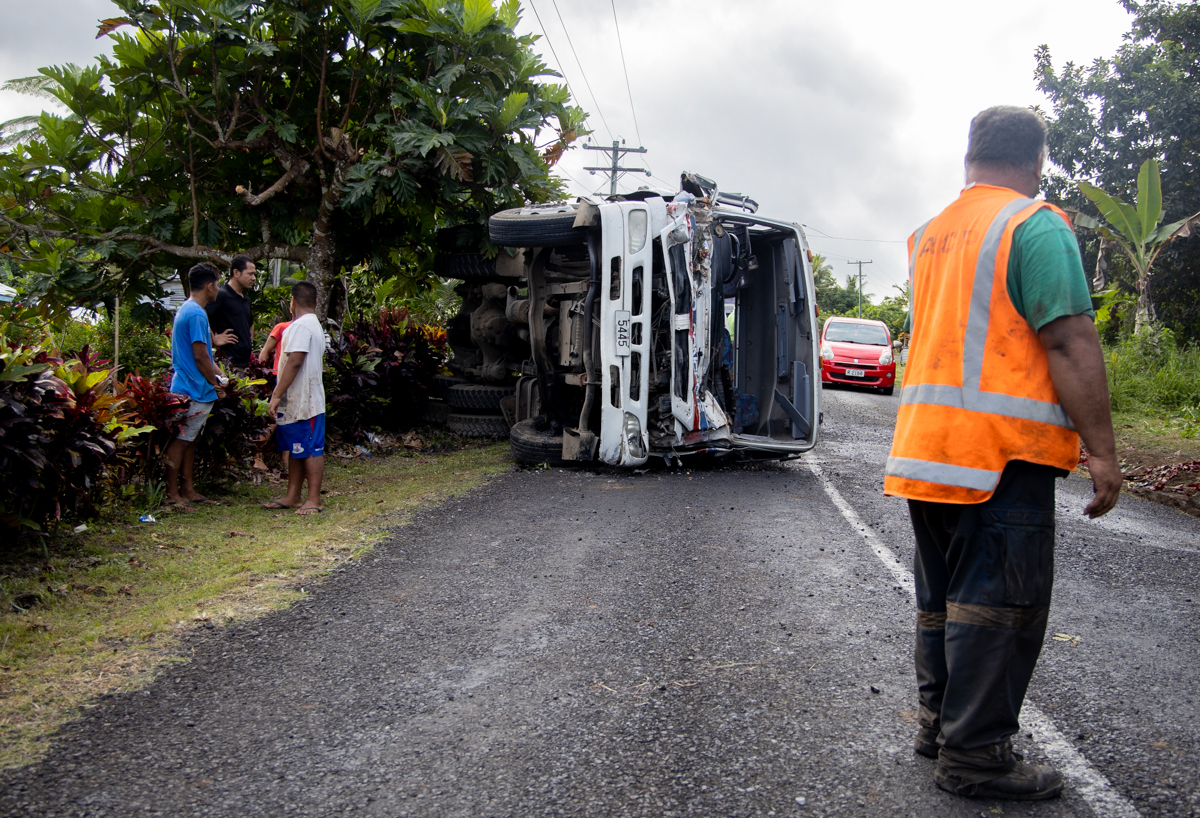 One A.C.P. employee, who was directing traffic, said his co-worker and the driver of the concrete mixer truck is in his 40s.

The driver was taken to the hospital in a taxi from a Matautu, Lefaga taxi stand.

Comment has been sought from the Police Commissioner Fuiavaili'ili Egon Keil with the Samoa Observer yet to receive a response at the time of going to press.