The Detroit Lions’ first round pick Penei Sewell gave credit to his mother, cracked jokes about his brother and expressed happiness about a family Pizza Hut tradition as he made football history as the 7th overall pick in the 2021 N.F.L. (National Football League) draft.

The kicker is: the former University of Oregon defensive tackle, who takes great pride in his American Samoa roots, hasn’t hit his 21st birthday yet.

That will happen on 9 October. 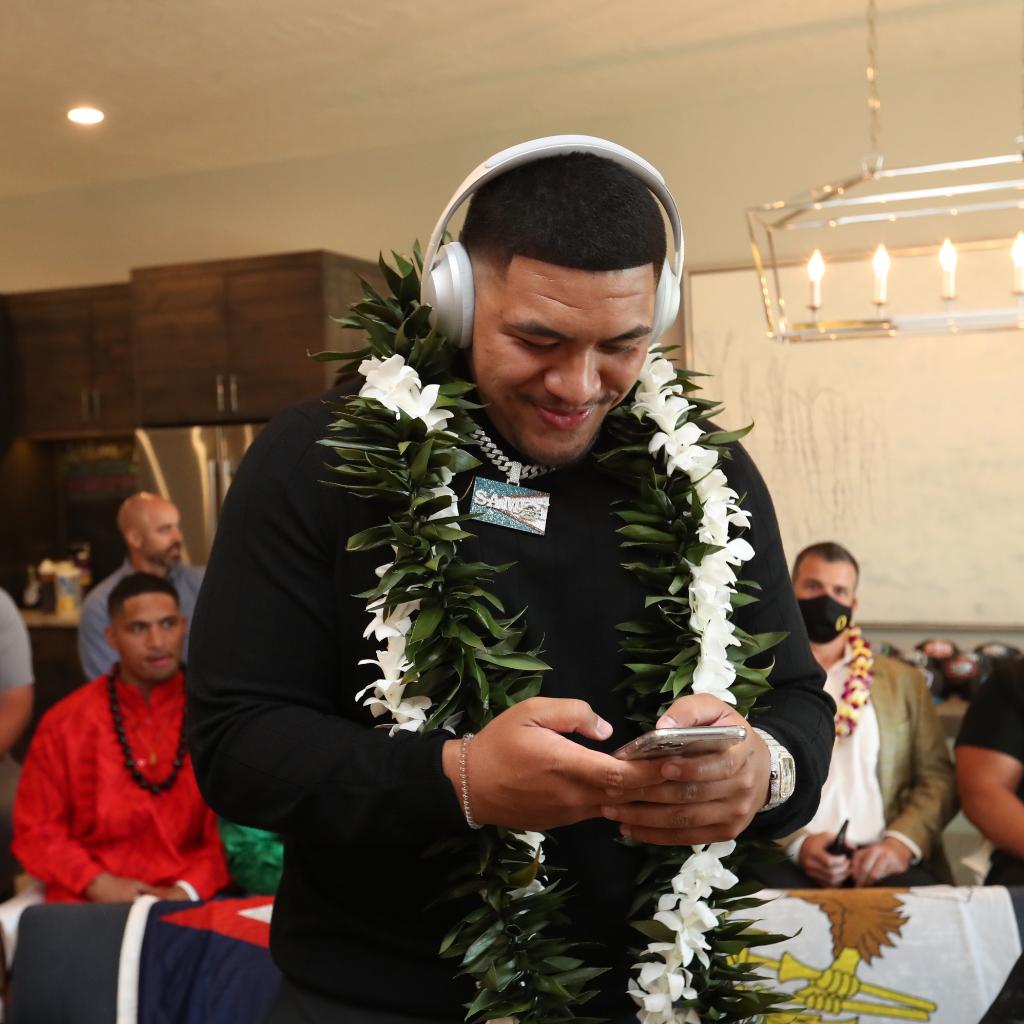 A photo published by Mr. Sewell on his Twitter account shows the standout athlete seated on a couch during a draft watch party with his family.

He is flanked by his parents Gabriel Sewell and Arlene Pele Sewell.

“Growing up in American Samoa, we had a family tradition of getting Pizza Hut for big celebrations. I’m happy to keep that tradition alive tonight,” he said. 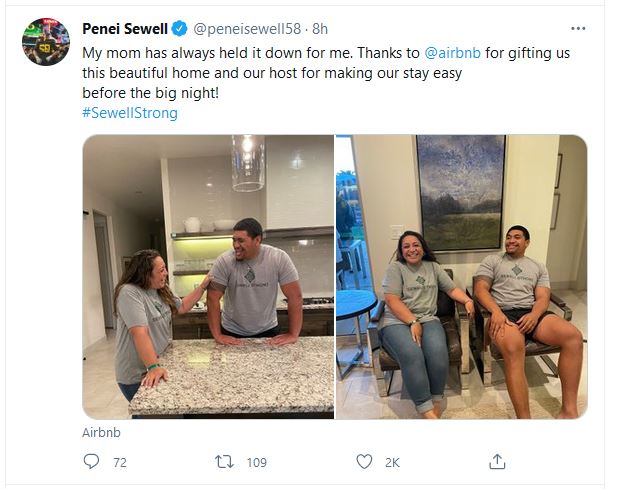 Leading up to the draft, Mr. Penei said it was “the biggest day of my life” but his brother was sleeping.

“Biggest day of my life and my guy is over here focused on his recovery after a tough workout this morning,” Mr. Penei said, adding a laughing emoji to his tweet.

Sports analysts PFF Draft say he is the highest graded offensive tackle since 2014.

In another tweet, Mr. Penei said his mother Arlene “has always held it down for me.” 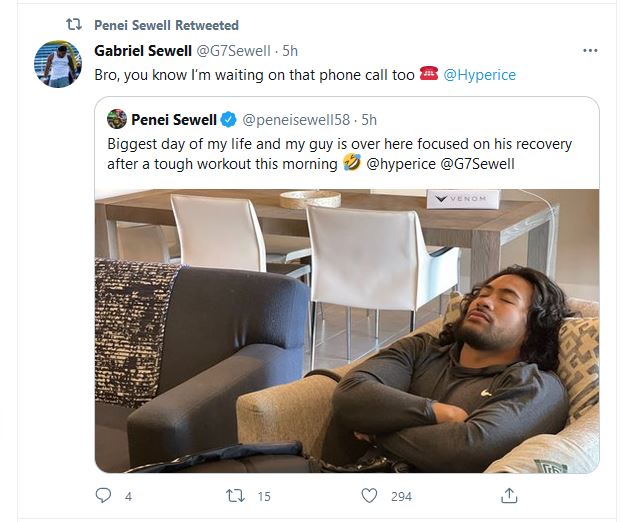 “My mom has always held it down for me. Thanks to Air BnB for gifting us this beautiful home and our host for making our stay easy before the big night!,” he wrote on Twitter.

Bose congratulated Mr. Penei in a tweet, saying “you’re in the big leagues now” and “get ready to prove them all wrong.”

The American Samoa flag was on display at his family watch party – one cloth flag on the couch and an emblem worn around his neck. 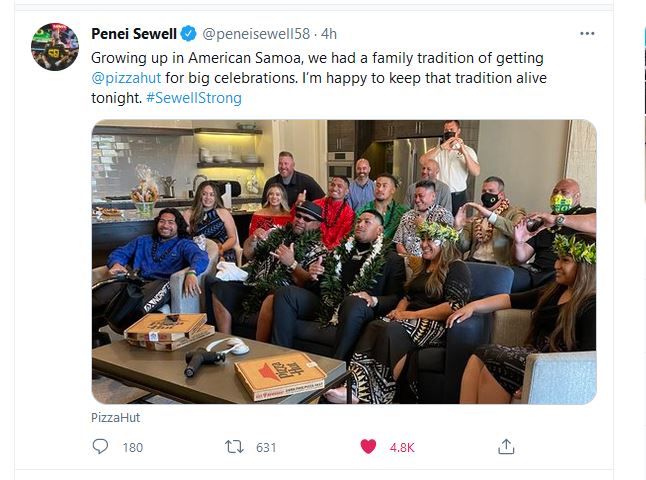