The country is notionally split 26-26 between the Fa'atuatua i le Atua Samoa ua Tasi (F.A.S.T.) party and the Human Rights Protection Party (H.R.P.P.).

Speaking at a roundtable of the Victoria University Political Science and International Relations Programme, Nanai Dr. Iati Iati, outlined the factors which contributed to the country's electoral deadlock and canvassed possible solutions. 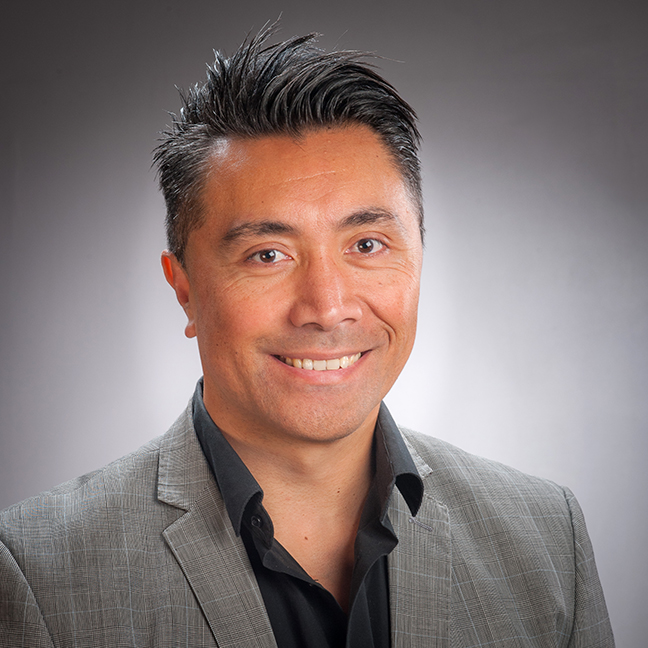 The matai from Falelatai said he has been conducting a lot of interviews with the media regarding the outcome of Samoa's election and one of the common questions asked is: "What led to this result?"

"But if we put away those three bills, would we be in the same situation we are in right now?

"So, if you take away those three bills, I don't see us in the same situation that we've got right now."

He then went on to elaborate why he thought those packages of legislation are very important.

"Anyone who knows anything about Samoan politics knows, that there are three things you don't interfere with: customary land rights, the matai, and the aiga (family).

"Those are the things you just don't touch and you do so at your peril and if you were to interfere with those three things, you better get their support, because it will go badly for anyone who touches or interfere with these things.

"And I'm not gonna say that those three bills did what the opposition claimed will do to the matai of the aiga, I think that still needs to be resolved and still got some debates about that.

"But I think where the H.R.P.P. fell down was there was no communication of what the impact of those bills are going to be.

"I don't think the H.R.P.P. really made a good decision in terms of not having enough communication about what their views of these three bills are gonna do for the country.

"It's all about these three controversial bills."

However, he also did not rule out the other factors that led the people away from the ruling government.

"I have seen so much fundraising done overseas by the diaspora as I have seen for this particular election. I had groups of diaspora contacted me asking me for help to do this and that and the amount of money they fundraised as I said, was something we've never had before.

"Those monies helped F.A.S.T. with their campaigns, so the diaspora has had a big impact, not just financially, but also about the discussions of politics back home.

"And obviously social media has been their forum for getting across their views not only amongst themselves but also the folks back home. But yeah the diaspora really had their presence felt in this particular election.

"They've always been an important part of Samoa's politics. The H.R.P.P. in the past had done fundraising overseas, it's nothing new.

"But I think this time around, the diaspora really take a particular view of certain legislative changes and have been able to communicate these to their families back home and I believe those discussions have led to the dynamics that we have seen in this election, that we have never seen before.

"No one would've imagined that because if you recall the H.R.P.P.'s motto was: What's good for Upolu is also good for the rest of the country.

"In other words, the developments that you are seeing in the urban center should be seen in the rural areas, and Savai'i in particular. That has always been a motto by the H.R.P.P.

"Now you have 15 seats from the 20 seats from the bigger but less developed island going to F.A.S.T., obviously, that message didn't quite get through, or the people have not seen the development that was promised to them."

"So did vote-splitting gets in the way? Honestly, here is where it gets kind of interesting.

"If you look at some of the constituencies, the H.R.P.P. kind of shot themselves in the foot a little bit here, by running so many candidates, and in fact, prior to the election, Prime Minister and H.R.P.P. misread the situation.

"For them, they misinterpreted the situation when there were so many candidates wanting to run for H.R.P.P.

"And for the Prime Minister, he was very confident that this was a sign that the country was behind them and was looking for another landslide victory like in 2016.

"Unfortunately, they misread the situation there and those candidates were not reflective of what the voters wanted to bring to the election."

Moreover, the H.R.P.P's inactive campaign also led the people away from them, said Nanai.

"They [H.R.P.P.] were not so active like F.A.S.T. Their manifesto was not well explained compared to F.A.S.T.   So a number of these factors come into play."

Following the results, people have been rooting for the idea of having "Samoa's female Prime Minister" and been supporting the idea vocally, by supporting veteran parliamentarian, Fiame Naomi Mata'afa who is the leader of F.A.S.T. and Samoa's first female M.P. and female Deputy Prime Minister.

However, Nanai begs to differ.

"I don't think that's the way Fiame saw it. I think the gender issue is important, but shouldn't be overplayed.

"Fiame, when asked by the [Australian Broadcasting Corporation] what it would mean to her to become Samoa's First Female Prime Minister, she said: 'I hope no different to any other Prime Minister.'

"I think that's a very valid perspective to take into account.

"Fiame needs to be recognised and acknowledged for the merits that she has not on her gender. We would take a lot from her own position right now and say that we just voted her in because she's a woman.

"But you know Fiame has a very deep political pedigree, her father was the first Prime Minister of Samoa, she has been with the H.R.P.P. for as long as anyone can remember, she has her own regional standing, she is well-recognised among regional leaders, internationally, she is recognised.

"So I don't want to take anything away from what Fiame has achieved by saying she was voted in because she is a woman.

"Now, she stands on her own two feet, as someone who has accomplished her way to the position she is right now."

Lastly, Nanai also offered his opinion on how the situation could be resolved by taking a historical look back at the year 1982 and what happened to Samoa.

"We've got the court cases rolling out now, that could lean it to one side or the other.

"But if the court cases return the same even split, what next?

"Well if previous elections tell us anything is that, if I was in the H.R.P.P. or F.A.S.T. position, I'd be looking for anyone on the other side to see if anyone wants to defect, you know switching or joining the other party.

"We've had a lot of that in Samoa's politics. People have looked at this election and say, wow, Samoa the stable country has become unstable.

"But we should look back at 1982, we had three changes of government, after another momentous event with the protest back then.

"So this is not unheard of.

"From the media reports and also my personal sources back home, this is a very peaceful and well-conducted election and any talk about instability and anything else is I think is going on the wrong track.

"How can this be resolved? People could defect to another party.

"But technically, if even after that we still have the split with 26-26 split, that's then we will have to look into the Constitution, which is something we have never seen before, how will the Constitution be interpreted based on this situation.