The Government Press Secretariat’s Nanai Laveitiga Tuiletufuga confirmed when contacted by the Samoa Observer on Sunday that Tuilaepa and Faimalotoa were vaccinated on Sunday afternoon to officially mark the start of the rollout of the AstraZeneca vaccine.

"It was just the Prime Minister and the Minister of Health to officially open the rolling out of vaccination which starts tomorrow just like the program that was released to you all," Nanai said in a telephone interview.

"We are still preparing as we go in terms of our rollout plans. But the vaccinators and front liners are first to be vaccinated."

The AstraZeneca vaccine arrived in Samoa on Friday 9 April when the country went to the polls in the 2021 General Election.

Last Monday, three days after the arrival of the vaccine through the COVAX Facility, the Ministry of Health Director General Leausa Dr. Take Naseri announced that its rollout will be delayed due to concerns over its link to a blood clot disorder that was found among patients following their inoculation. 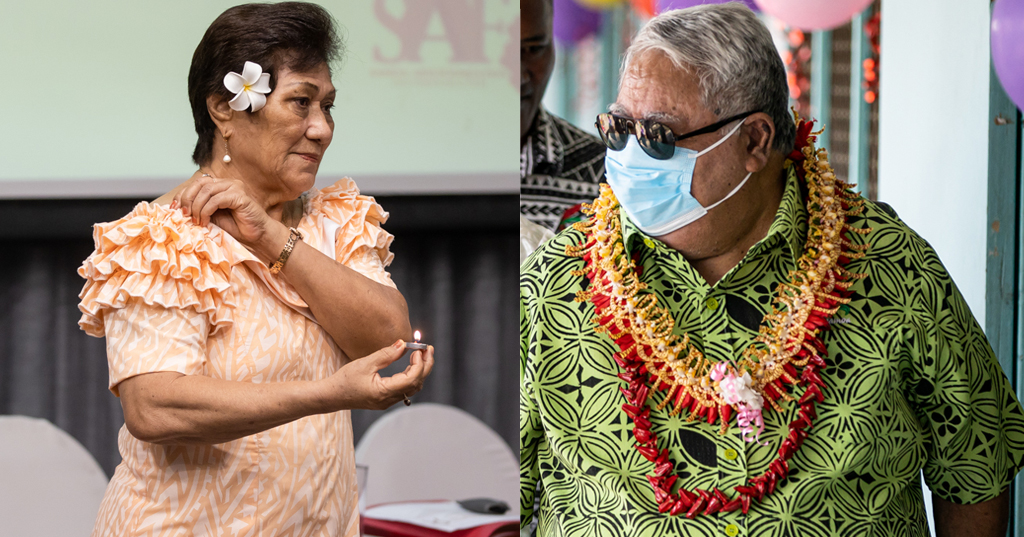 Speaking during a press conference last week, Leausa emphasised that there is no need to rush the rolling out of the caretaker Government’s vaccination plans, and it is important to monitor developments associated with the vaccine in other countries.

Photos distributed to the media on Sunday showed the Prime Minister getting an injection on his left arm with Leausa as well as the National Emergency Operations Centre Interim Chairman Agafili Shem Leo also in attendance.

The launching of the caretaker Government’s vaccination program on Monday would be a departure from the position that the M.O.H. Director General initially emphasised during the press conference last week.

There are certain age groups targeted in the vaccination program with only those 18 years of age and above to be vaccinated, while those who are 85 and upwards will be given the chance to decide whether they want to be vaccinated.

The district hospitals will be used by the M.O.H. to roll out the vaccination program with mobile units also on standby to head straight to the communities.

Samoa received a total of 24,000 doses of the Oxford-AstraZeneca vaccine under the COVAX Facility.