Across several constituencies, F.A.S.T. candidates are chipping away at the lead held by Government M.P.s on their seats, including senior Cabinet Ministers, early figures show.

Matamua’s late husband Tiata Sili Pulufana was the Member of Parliament for Faasaleleaga No. 1 for two terms before he passed away in 2011, she told the Samoa Observer late last year.

Another first-term Parliamentarian and caretaker Minister is Afamasaga Rico Tupai, of the Ministry of Communications and Information Technology and Aana Alofi No. 4. 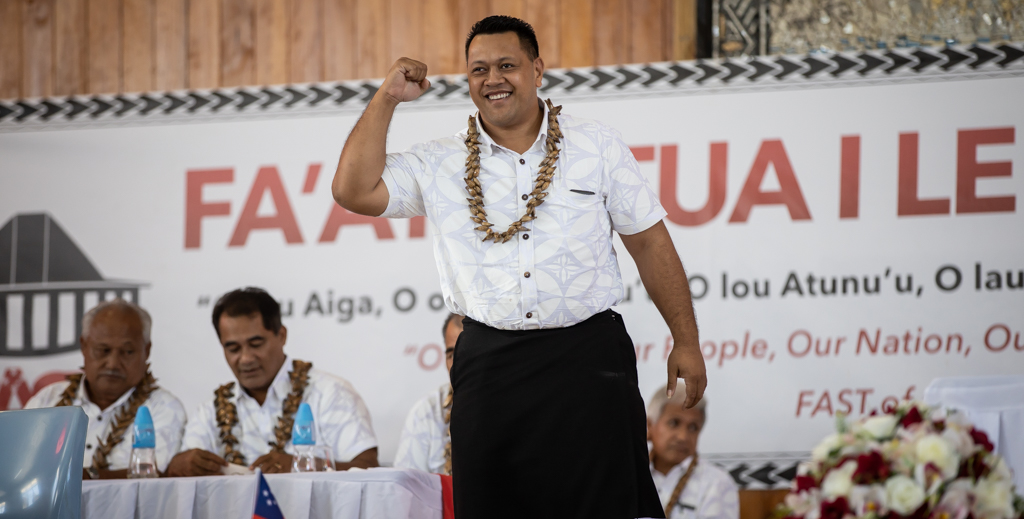 He is up against incumbent Member Gatoloaifaana Amataga Gidlow (H.R.P.P). and pre-polling voters have them beck and neck, with seven votes between them.

In Faasaleleaga No. 2, nearly seven per cent of the 2,300 registered voters made their choice early.

Speaking to the Samoa Observer he said he has spent Thursday praying at home.

“Friday is going to be the same game plan, staying at home away from the election booth area and trying to relax.

“I am not planning on making any rounds any more, I feel like now is the time to relax and contemplate what is going on, and await the results.”

He said while he has been keeping an eye on pre-polling, he is trying to manage his expectations.

“You can imagine what is going through the mind right now,” he said.

As a first-time contender, Magele said the experience has been surprising and eventful.

“This is something very new, it’s a very new experience, it’s like learning a foreign language. Now, close to the final day of the Election, which is the most important day, I am a bit nervous but it’s certainly been a big surprise.

“I am grateful for the opportunity, it’s not something that comes often in somebody's life it’s an opportunity to grow. Having no experience and no background whatsoever, you can imagine.

“It’s just exciting, anticipating the result and what’s going to happen. I am preparing for both sides of the coin, win or lose. But I am certainly going for [victory] but if the result comes not in my favour I am fine to prepare my mind for what is going to happen.”

There are 51 F.A.S.T. candidates running in 42 constituencies. In eight of them there are two candidates vying for the chance to represent the people and F.A.S.T., while party leader Fiame Naomi Mata’afa has already secured her seat in Lotofaga.

Palauli No. 2 candidate Leota Laki Lamositele, a former Director General of the National Health Service, is preparing to have a quiet Friday while he waits for the final results of the election.

After four days of pre-polling, he has 57 votes. So far 145 people have voted out of 2,345. Leota said more people in Palauli No. 2 were eligible to register for pre-polling but did not.

“The current numbers provide a guideline on how things are but it doesn’t reflect how the final will go. The majority of our senior citizens were not able to register [for pre-polling].

“We expect the lines will be a little bit longer in some of our bigger villages here, because of that.

He is not the only F.A.S.T. member wanting to represent Palauli No. 2: Tiatia Mapesone Mapusua is also vying for the seat and has 52 early votes. They are up against Faumuina Liuga from H.R.P.P., who currently has 36.

“These pre-polling results show that the majority of the voters are F.A.S.T. supporters. I guess then the supporters will have the chance to pick who will be the best F.A.S.T. person to represent them.”

Leota said he will be voting early on Friday then spending the rest of his day in meditation, prayer, and in conversations with his family, and not dwelling on anxieties.

“It has been a busy hectic week but you need to balance your day with your health and with enough rest so you are not that stressed.

“I wish the people of Samoa well and that they will vote for what they feel will be the next Government of the day that will serve their needs.”