It’s confirmed. Samoa has submitted a bid to host the 2019 Pacific Games.

Prime Minister Tuilaepa Sa’ilele Malielegaoi, who was in New Zealand for the weekend, said Samoa must move quickly and he has instructed the relevant authorities to act.

Samoa’s bid follows Tonga’s decision to withdraw as the host nation for 2019.

Tonga’s Prime Minister Akilisi Pohiva said although the decision was difficult to make, a report from the World Bank about the economic impact of the event is too great a risk for Tonga to take.

But Prime Minister Tuilaepa said he was shocked by Tonga’s withdrawal. Speaking to the media, he said it’s important for Samoa to grab the opportunity since “we have the facilities and capability” to host the event.

“I have already spoken to the President of Samoa Association of Sports and National Olympic Committee, to reach out to the Pacific Games Council,” Tuilaepa said.

According to Tuilaepa, the most important facilities that must be up to par with international standards are the Aquatic Center and the Apia Park Stadium.

But he is adamant that “we are the next best country to host the Pacific Games.”

Having said that, the Prime Minister said “we have to wait for their [Pacific Games Council] decision as Fiji has also expressed their interest and they too have good facilities.”

Tuilaepa added that the infrastructure required is in place and the cost of getting them up to standard will be minimal.

He noted that S.A.S.N.O.C has made the request and has shown the Council “our eagerness” to host the Pacific games.

Hosting, he added, would benefit local businesses and hotels.

In 2012 at the Council’s annual General Assembly in Wallis and Futuna, Tonga defeated Tahiti Nui by 16 votes to 6 to secure the rights to host the 16th Pacific Games.

Tonga was extremely thrilled to be awarded the rights to host the 2019 Games, after coming up short behind Papua New Guinea for the 2015 Pacific Games.

However earlier this week Tonga's Prime Minister conceded the move to belatedly withdraw from hosting the 2019 Pacific Games is not a good look for the country but it is necessary.

He told Radio New Zealand that at a Cabinet meeting last Friday the decision was made to withdraw from hosting.

Pohiva said his Cabinet decided to withdraw from the Games project because of the financial implications despite organisers saying there were enough revenue streams to fund the event.

Preparations for the games have been beset with controversy, delays, and legal action.

Pohiva said the decision to withdraw was another blow for Tonga but it could not be avoided.

"It may look embarrassing but as far as Tonga is concerned, the economic and financial situation of the country at the moment, there is no other option but to cancel the sports.

On Friday, Tonga’s government issued a statement after their announcement saying it remains committed to the success of the 2019 Pacific Games, despite its inability to host the event.

In a statement the government said over the last two years, its efforts to mobilise financial resources to fund the Games had been an enormous challenge. It said it was concerned that the economy could be jeopardised and the stability and ability to deliver its national priorities could be derailed.

However it said it would still dedicate its efforts to strengthening facilities and cultivating sports in the hope that it could host the Games in the future. The statement said the country remained committed to working with donor partners and the public to support and contribute to the success of the 2019 Games. 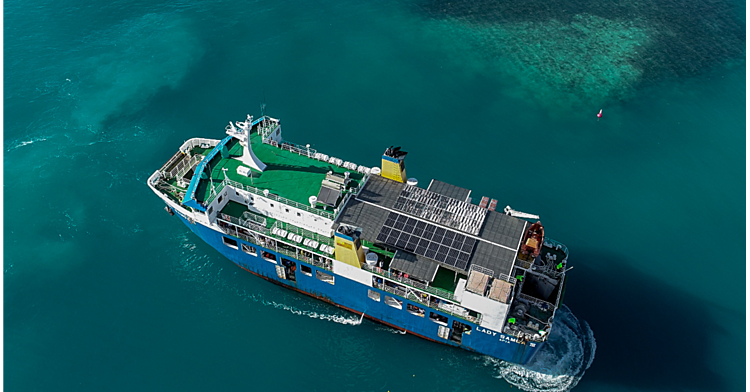 The MV Lady Samoa III is back home from full survey servicing in Fiji, but due to COVID-19 precautionary measures, the vessel and crew are being isolated out at sea for 14 days.