The Saint Therese Catholic School at Fusi in Savai'i has became the first school on the island to get connected to the free WiFi community project spearheaded by BlueWave Wireless.

The project had been a part of a previously disallowed free WiFi programme aimed at public schools in Savai'i after it was alleged to have breached procedure and its application did not follow proper government processes.

However, the BlueWave initiative was officially launched at Patamea on 6 February, and directed towards different church denominations instead.

The launching of the WiFi project at St. Therese Primary School is a dream come true for the school, says school Principal, Sister Tulili Ah Ping.

"We are so grateful and happy that we can finally connect to the internet through this project," she told Samoa Observer.

"The satellite had already been installed at our school last year, and we've had a couple of people, parents especially, coming here to the school and asking whether they can use the WiFi.

"However, because of obvious reasons, it was put on hold, but today, we are happy and grateful that we can now finally use this project to assist us with our work and for our children to use."

Being able to connect to the internet freely, offers a lot of help and assistance, not only for the students but also for the teachers, according to Sister Tulili.

"This is a very useful project not only for our children but also for the teachers," she says. 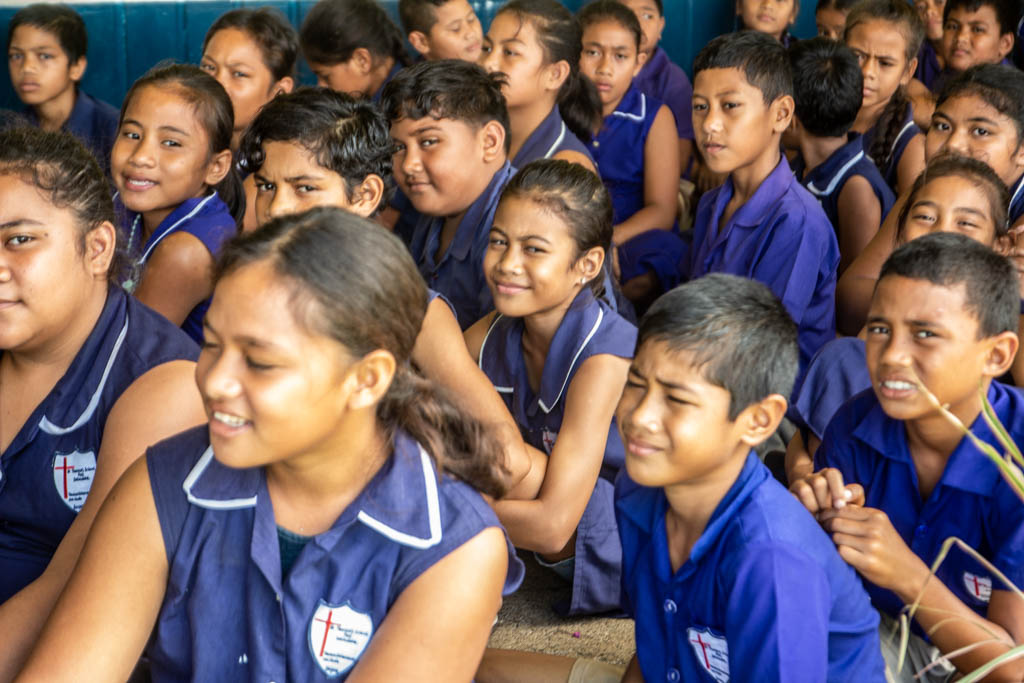 "At the moment, we are using a WiFi modem from Vodafone but it's expensive. But this project is free for all the schools so we are quite happy about it.

"We are honored to be the first school on the island to finally use this service and the project, and we will use it wisely for our children.

"We have 275 students and 30 laptops with our computer lab nearing completion, so we are excited."

Sister Tulili expressed her gratitude to the Chief Operating Officer of BlueWave Wireless, Togisala Tony Leota, and his team for their hard work and commitment.

She also acknowledged the support of the Deputy Leader of the Fa'atuatua i le Atua Samoa ua Tasi (F.A.S.T.) political party, La'auli Leuatea Schmidt who was present at the launching of the WiFi project at Fusi on Thursday.

The event was well-attended by students, teachers, parents, and residents of Fusi, Safotulafai.

In addressing the gathering, La'auli spoke about the significance of the project.

"This was something he fought for," La'auli said.

"He was always seeking to find ways to help the children of St. Therese and other schools within his constituency when he was alive.

"That's why I am happy to be here today for the launching of this project. I came with Pa'u's son, Mailei Malo, late last year, seeking approval from the principal and staff for the project to be implemented in this school.

"The school principal welcomed the idea, hence why a satellite dish was installed in this school. But because it was put on hold for reasons you already know, that's why it was delayed.

"But that does not matter anymore as we are here now celebrating this milestone."

The C.O.O. of BlueWave Wireless, Togisala Tony Leota was elated.

"We are happy that we are finally able to roll out this project for the children of Savai'i," Togisala said, also reminding the teachers to use the project wisely.