A Western Union outlet has been opened at Afega to prevent villagers travelling to Apia to use the global remittance service.

Fexco Samoa Limited General Manager, Molioo Fonoti Pio Molioo, said their partnership with Western Union made it possible for the branch to be opened in Afega.

He said business continues to grow despite the impact of the COVID-19 global pandemic with relatives living abroad continuing to send money to their families back home. 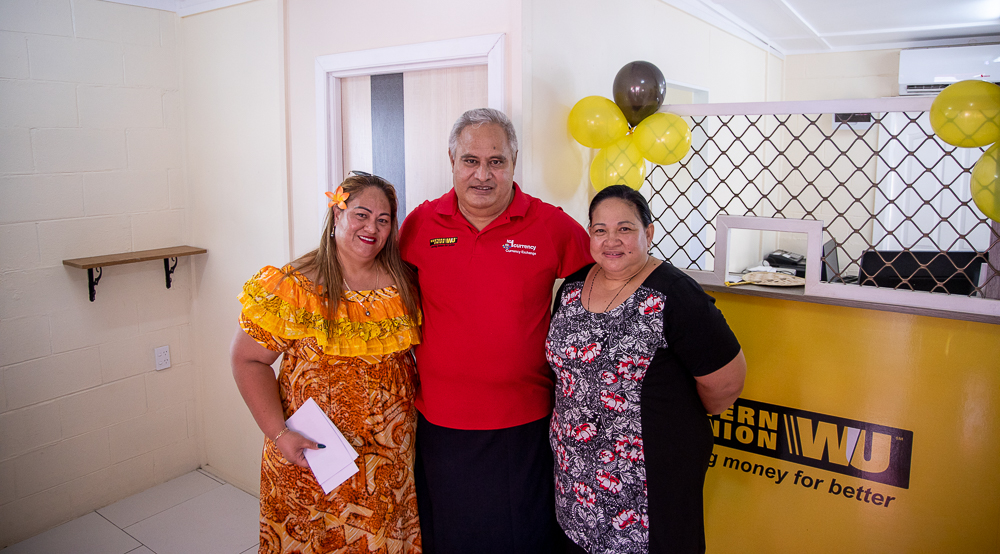 Afega villagers and church ministers gathered on Tuesday to witness the occasion with Reverend Saoleola Timo of the Seventh Day Adventist Church cutting the ribbon to mark its official opening.

It is understood the ali'i and faipule of Afega initially requested for a Western Union branch to be opened in their area as their villagers travelled a fair distance to Apia to withdraw their funds.

One of the outlet’s operators, Lussil Julie Tuala told the Samoa Observer that they had planned to open a new outlet since June last year but the pandemic stopped their plans.

"Due to the impact of COVID-19 it was hard to get due diligence from overseas but thanks to the General Manager for Fexco Samoa Limited, Molioo Fonoti Pio Molioo and Fexco overseas, they have managed to make today possible,” she said.

“We are planning to open another branch in Savai'i but the process will take long.”

Rev. Luapene Nepo of the E.F.K.S. church was the first customer of the newly opened branch and withdrew cash. 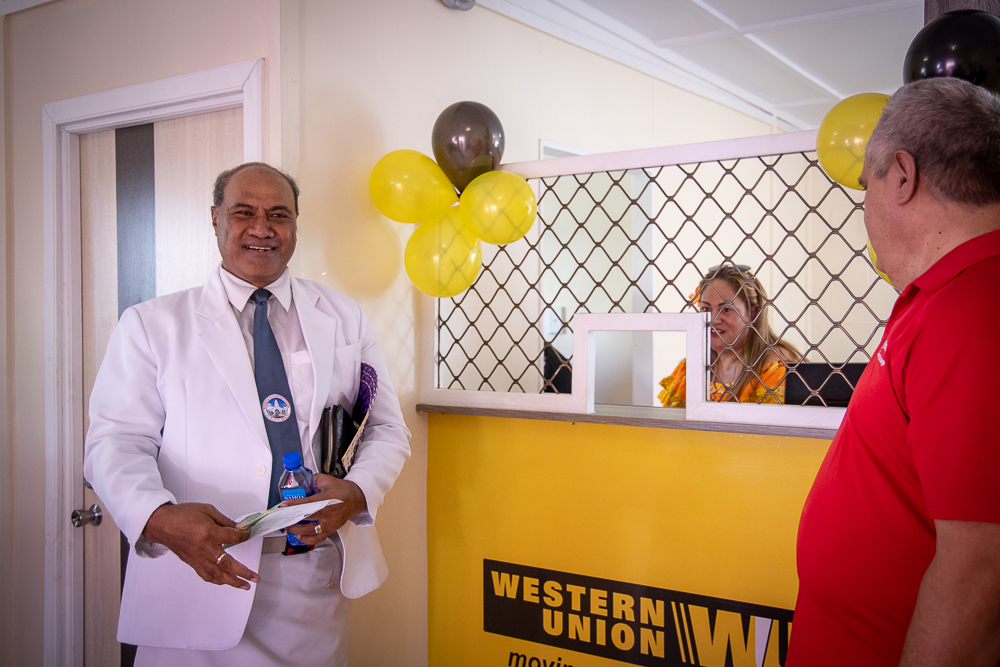 The opening of the new outlet got some of the villagers emotional, as it meant they would not have to travel far to Apia to withdraw their pension.

As part of the outlet’s official program gifts were also presented after the opening ceremony to church ministers and tuu of Afega by the outlet’s manager and staff.

Early this month data released by the Central Bank of Samoa showed that remittances dropped by 30 per cent in January this year to $17 million when compared to the previous month.

The total value of money sent to Samoa in January this year was $40.5 million.

On an annual basis, that decline represented a 14 per cent drop on a year-on-year basis to January 2020.