The U.K. High Commissioner to Samoa, who gave the opening remarks last Friday at the photography competition’s prize-giving ceremony, said this year is critical for the world as nations will need to step forward to advise how they will tackle climate change.

“This year will be the year where nations of the world show whether they are willing and able to tackle climate change,” he said. 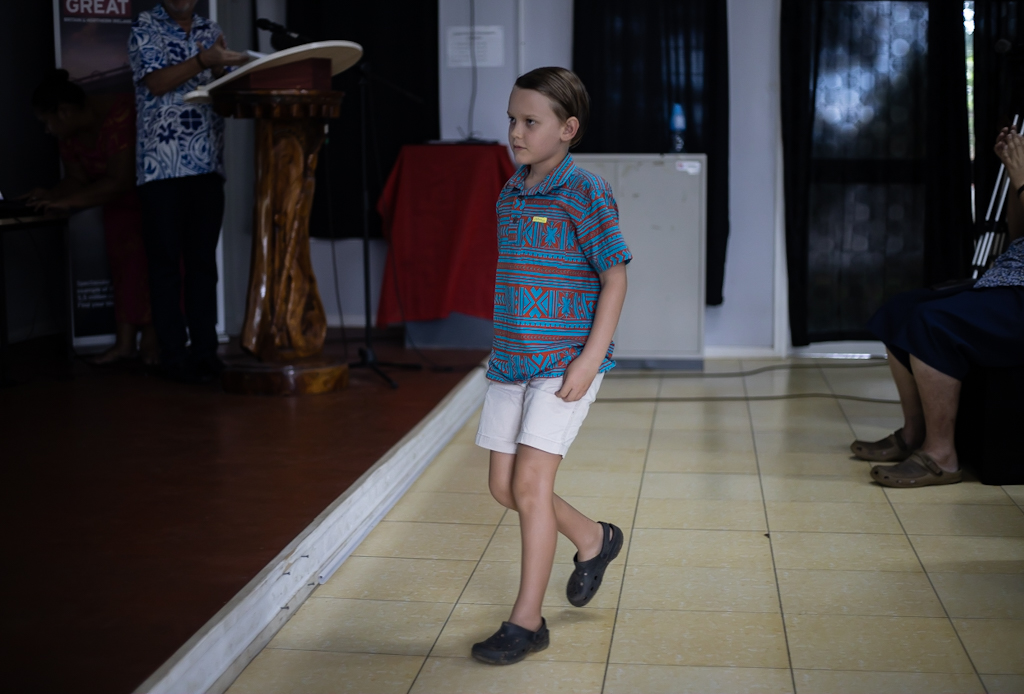 ‘’There was an agreement that was signed in 2015 in Paris for all the governments in the world to come together to work to limit the rise in temperature caused by our actions to well below 2 degrees centigrade.

“If we fail, there will be dramatic global consequences.”

Turning to the Pacific Islands, Mr Ward said the global weather phenomenon is already impacting most states in the region, and he hopes activities such as the photography competition will get nations to work together. 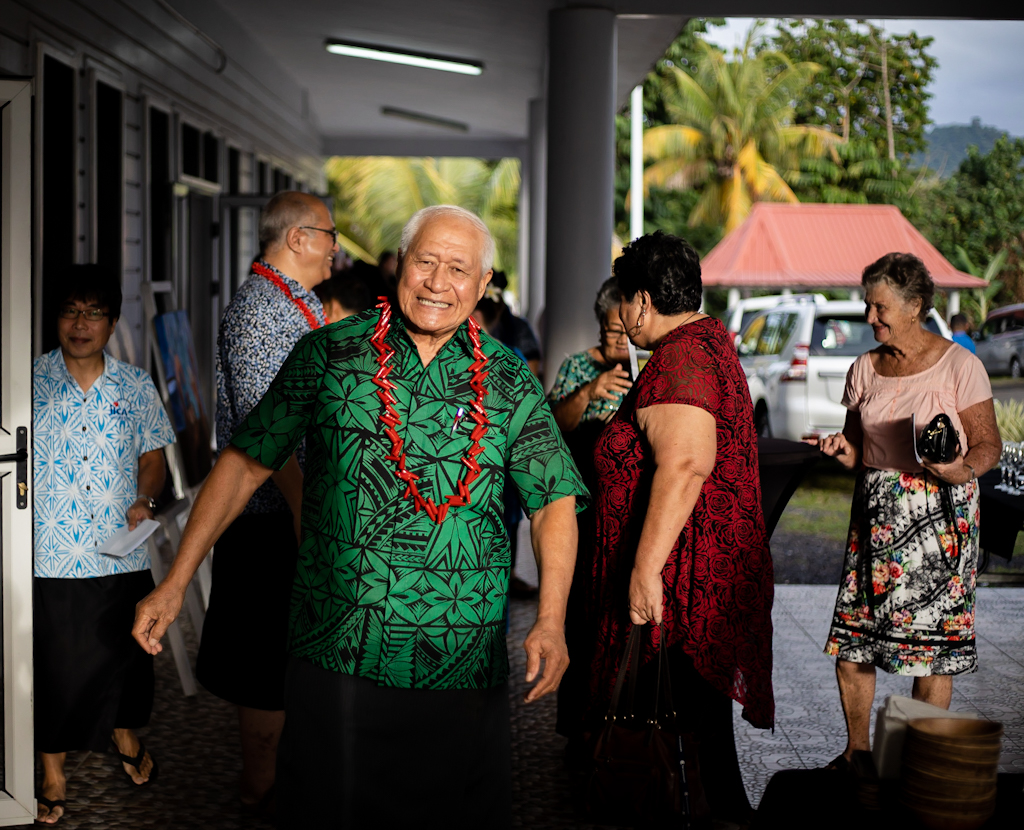 “We will all have to make enormous changes: we will stop using oil; coal; and gas completely; no more power station and petrol cars; all of these will have to go over for the next 30 years and it’s a big challenge and it will happen if everyone needs to support this changes,” he added.

‘’Since the establishment of the United Kingdom Commission and Samoa 1970, it proves a strong bond and relationship that has been possible and strengthened over the years,” said the Caretaker Minister. 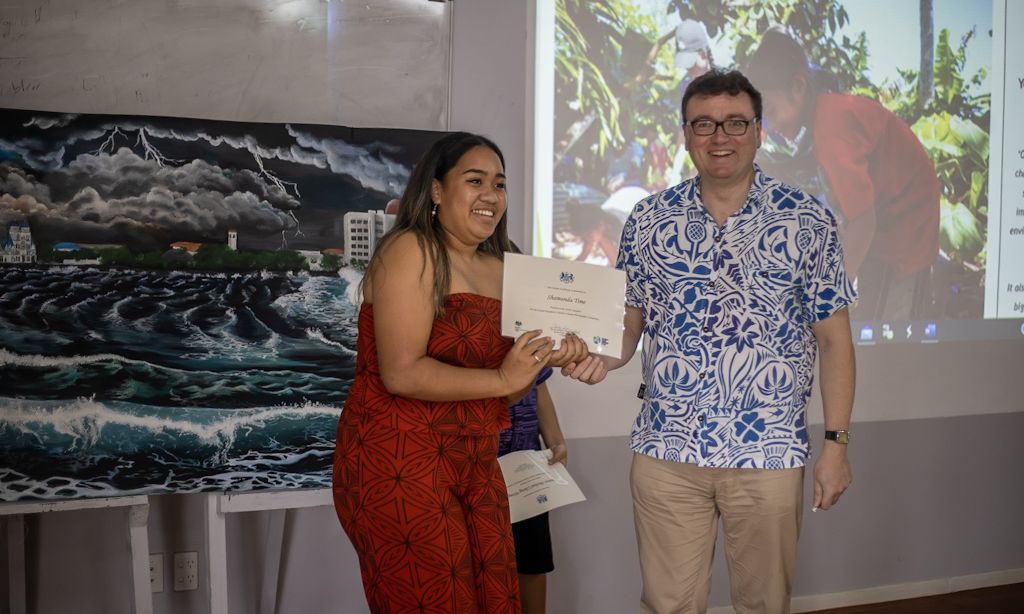 ‘’The Government of Samoa and its people are putative of the effort and the ongoing support by the United Kingdom to meet the priority needs of Samoa through the different initiatives in Samoa and the Pacific which include the exhibition.

‘’Samoa along with our  Pacific nations hope that the launch of this exhibition will further help with our fight against Climate change and the real impact that we do continue every day.”

It had three thematic categories in land, marine and people and comprised a junior and youth division.

The youngest participant in the competition aged eight from Samoa, Oliver Macdonald walked away with the second prize of the Junior Category with 11-year-old Maxim Va'a getting the first prize.

One of the judges in the photographic competition, Maluiao Matatumua Leua Latai, said he is thankful for the experience.

‘’It was exciting to witness the tremendous and commitment of photographers from all over the Pacific and our small islands,” he said. 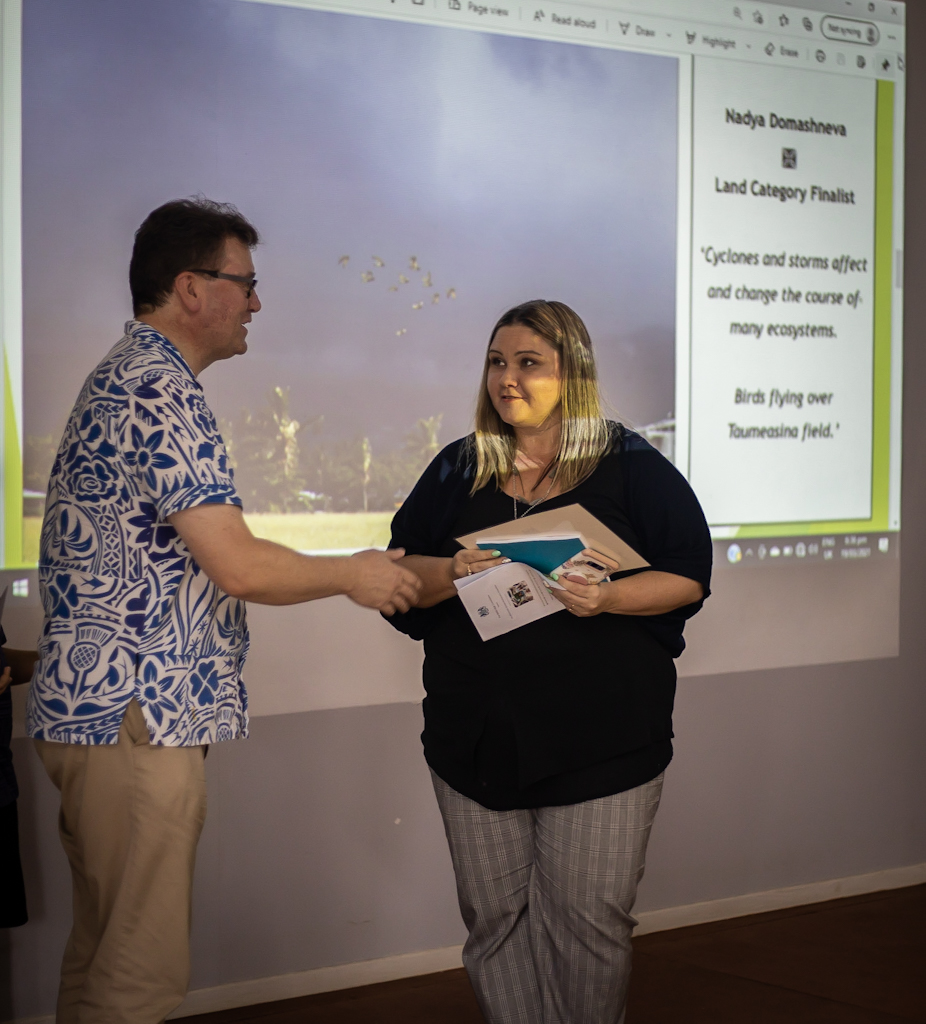 “The images are not only haunting but reflective of the effects of human pollution on our land, marine and our people.

‘’It is the hope that this wonderful exhibition created by the U.K. High Commissioner to Samoa and the Pacific will continue to inspire our younger people in the art of photography to draw attention and shed light in the seriousness of what is occurring in our environment and what we are doing to our planet’’

There were four panel judges who selected the winners from over 300 entries that were submitted. A top 10 of finalists had to be chosen for each category that made it into the final.

The event last Friday was attended by members of the public, parents and the families of the participants who submitted entries to the competition.