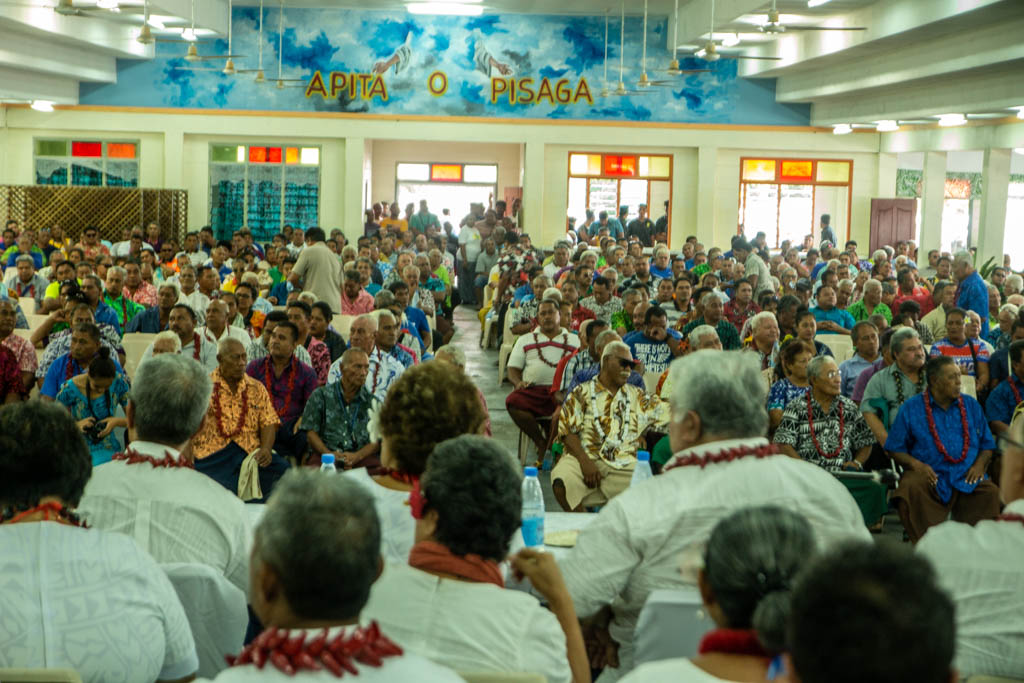 The downpour in Savai'i on Friday morning did not dampen the spirits of enthusiastic Savai'i voters who crowded the Apita o Pisaga hall at Salelologa, seeking to listen to the Human Rights Protection Party's (H.R.P.P.) plans ahead of April's election.

The event attracted close to five hundred Savai'i voters and also provided an opportunity for Savai'i residents to meet and see the party's line-up for the upcoming election.

There are 111 candidates contesting under the banner of the H.R.P.P. to contest the April 9 General Elections out of the 194 candidates who have registered to contest on polling day. 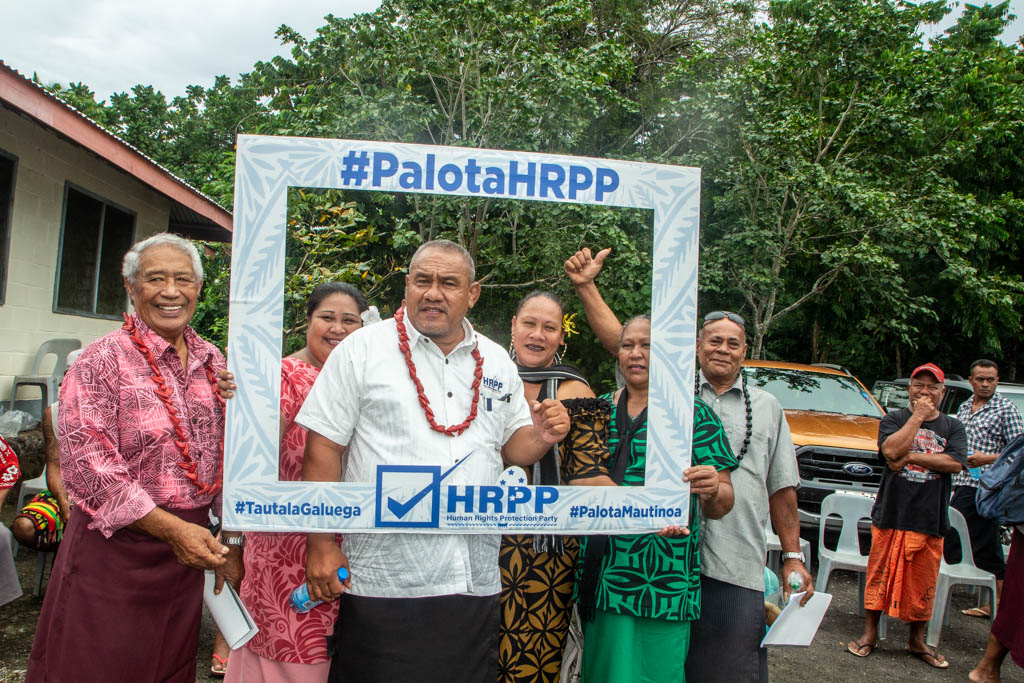 Guided by the theme "Work Speaks" (Tautala galuega), the party's manifesto was first revealed in Upolu at the H.R.P.P.'s Headquarters at Sogi on Thursday.

Reverend Samuelu Areta of the Saloga Methodist Church led the occasion with a special service, speaking about the significance of "good governance." 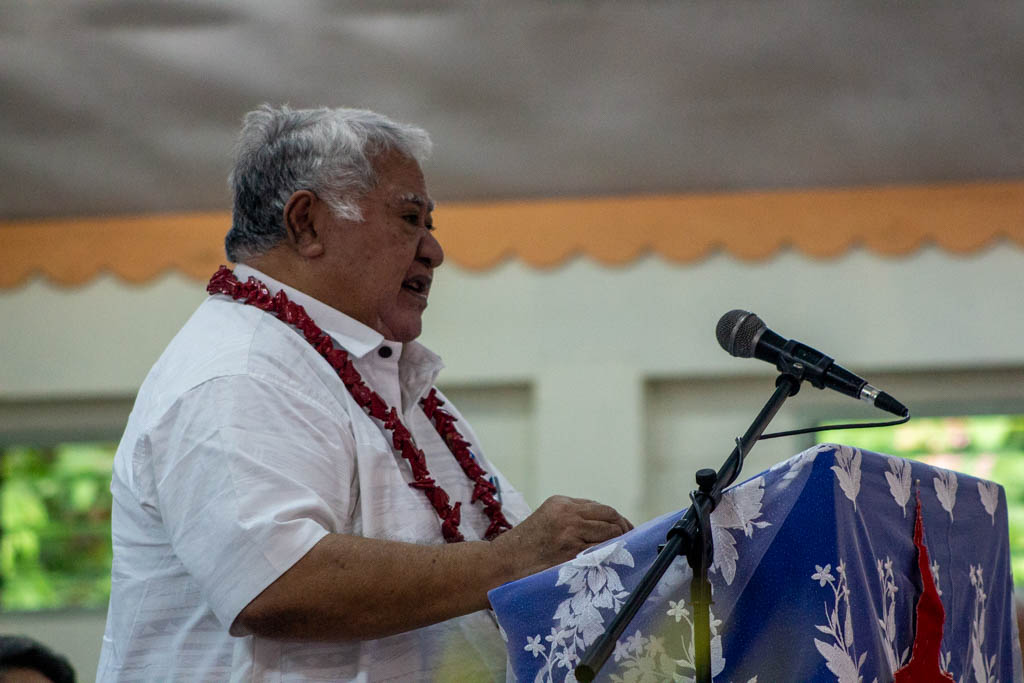 Party leader and caretaker Prime Minister Tuilaepa Dr. Sa'ilele Malielegaoi spent more than an hour, speaking extensively on the path of developments the government took since it came into power and the notable achievements they have accomplished since they have been at the helm.

This was followed by a revelation of what the party has in store for Samoa in the coming years.

The party's plans, especially for Savai'i, were met with loud cheers and applause from the audience. These included the major developments for the Salelologa township.

This includes a new hospital and a Referral Health Centre at Salelologa, establishing a branch of the National University of Samoa at Salelologa, and setting up a center to house all the government ministries at Salelologa.

Tuilaepa said a total of 400 acres has been secured for these developments at Salelologa. 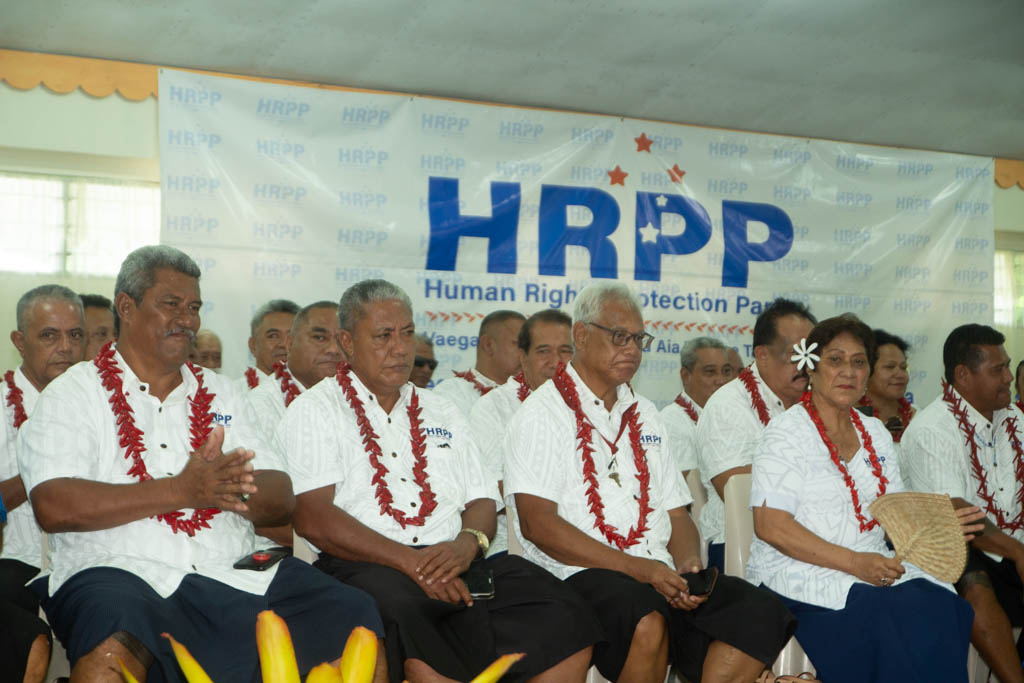 Other plans for the big island include infrastructure projects, education developments, improving healthcare, community service obligations, and others.

The party's plans for the next parliamentary term will be a continuation of the projects that have been decided upon by the government for the betterment of the country, added Tuilaepa.

There are also plans to deepen the channel at the Asau wharf in Savai’i and have approved funds for constructing new school buildings in the country, including a college in Neiafu. 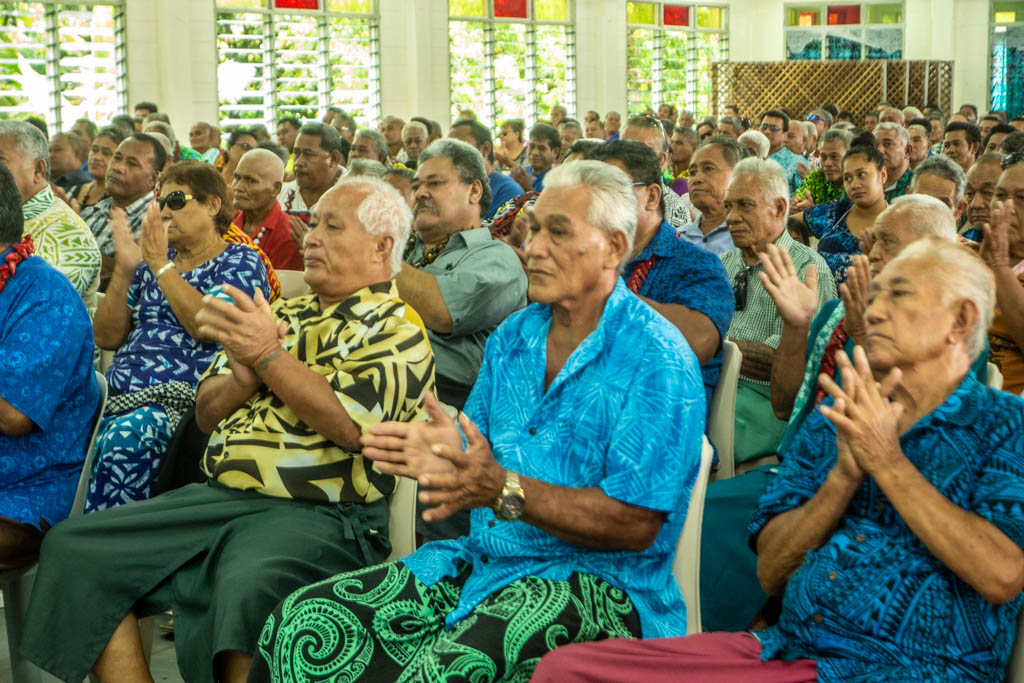 The caretaker Prime Minister said the financing of the party’s long term vision and plans will come from tax, service fees, budget support and grants from donor partners.

He said other projects that the Government is unable to fund will come from concessional loans from institutions and dividends paid by State-owned enterprises.

The emcee of the day who is also the party whip, Alai'asa Moefa'auo Moananu, announced that the event at Apita o Pisaga in Salelologa concludes the party's campaign for the upcoming election. 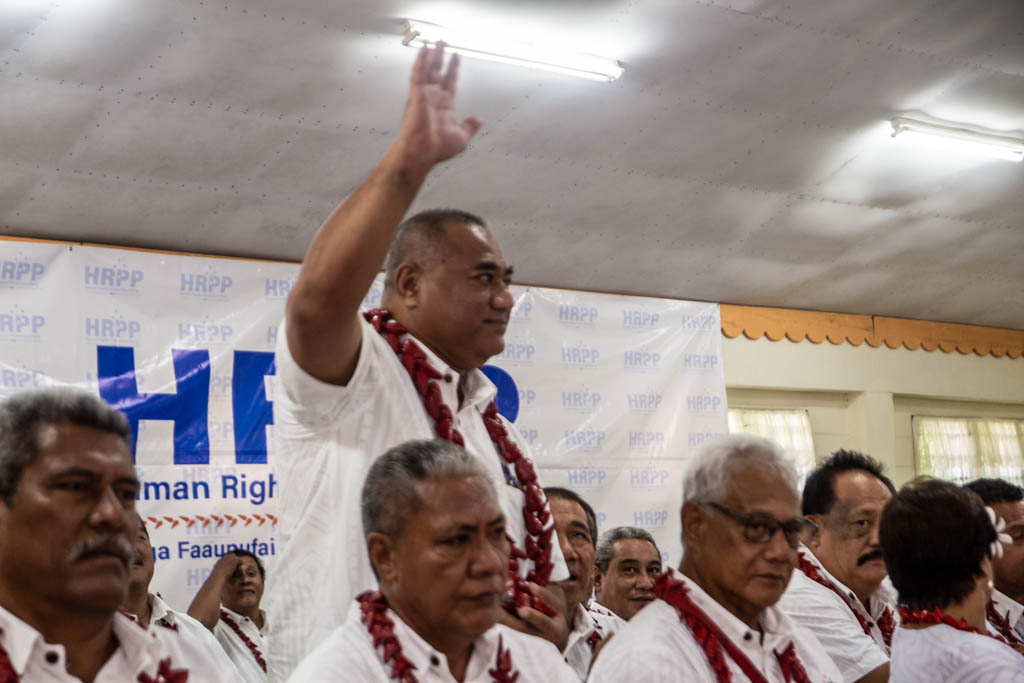 "This will conclude our election campaign," Alai'asa told the gathering.

"We did think of going out to the different villages and constituencies during the campaign period but then decided not to, simply because it's not right.

"Each individual candidate will go and visit their own respective constituency because it's not necessary for a matai from one village to go and visit another village and talk to them about who they should vote for.

"We do not think that is the proper way to do things.

"We trust and have faith that our voters will make their own choice." 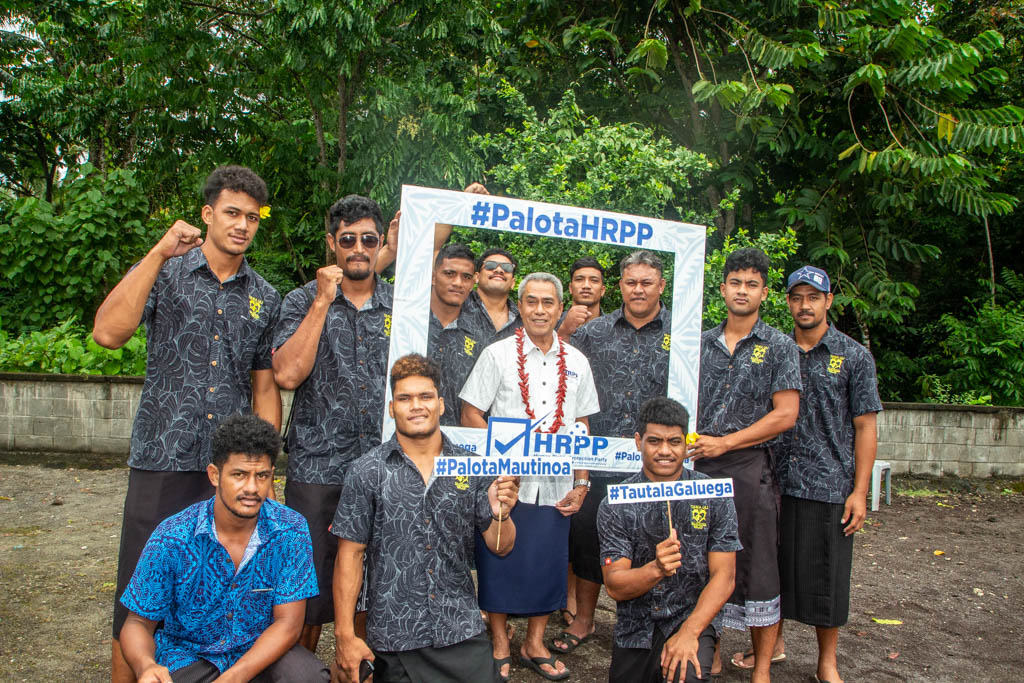