Samoa
A truck involved in a traffic incident. (Photo: Vaitogi A. Matafeo)

In the fewer than three months since January 2021, over 600 traffic incidents have been recorded by the Samoa Police and Prisons - a massive spike in the first quarter of the year.

Samoa Police Statistics revealed there were by comparison 604 traffic-related incidents for 2019; in the year 2020 that number grew to 700.

She said that a total of 631 traffic incidents had occurred in the nation this year.

The latest statistics suggest this number will be easily eclipsed this year. 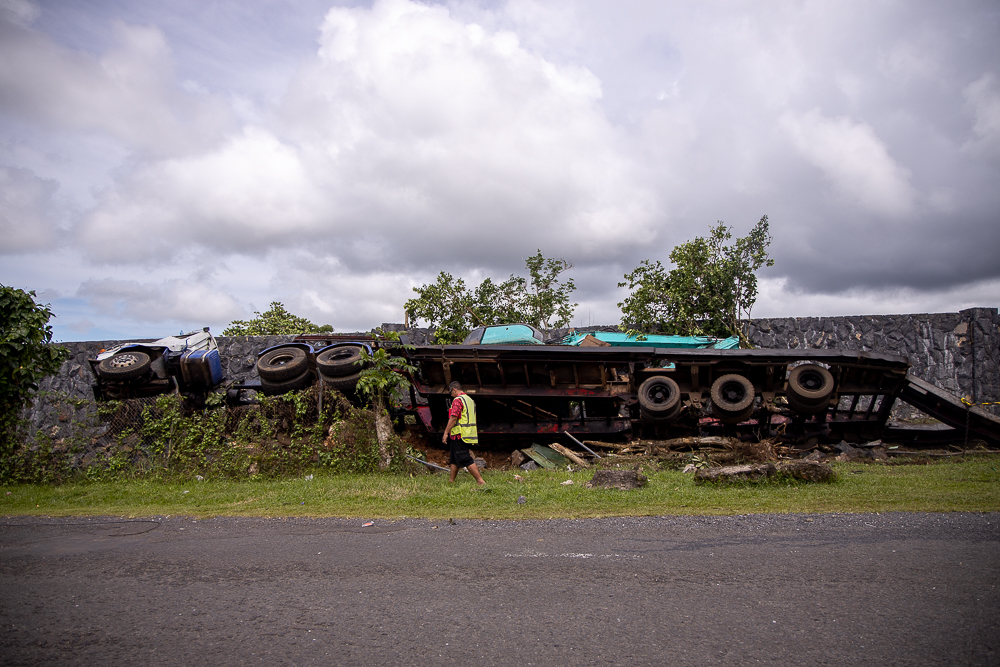 “We wish to advise the driving public to be careful when driving,” she said.

The incident involved a teenage schoolboy who was waiting to take his younger siblings home from school when he died after being run over by a truck.

Papali'i has appealed to members of the public to follow road rules and speed limits.

“Traffic accidents are avoidable if all drivers take precaution," he said.

“The lives of the general public especially pedestrians are at risk if drivers are not careful.

“No amount of money can bring a life back.”

She advised all drivers to ensure they adhere to the laws of Samoa also for their own safety.

“Please, if you are drinking then don’t drive," she said.

“If you are tired then please ensure to get some rest and recover before getting behind the wheel.

“Let us all work together for a safe and secure Samoa.”

Efforts by police to target those driving under the influence of alcohol are evident in their weekend road blocks since the re-opening of nightclubs last year.

Previously Papalii highlighted that statistics provide the Samoa Police Service with the opportunity to identify how its resources are to be utilized not only to meet our policing roles and responsibilities but also enforcing State of Emergency orders.

Furthermore, from statistics S.P.S. notes what needs to be done in order to work collaboratively with other government ministries and Non-governmental organiastions to find ways to mitigate the increase in crime rates through radio programmes, community engagement awareness, increase patrols and visibility of police etc.

The Ministry of Health (M.O.H) has opened its Ambulance Service Center and has rec...

The Samoa Tourism Authority (S.T.A.) says cultural heritage will be key to its mar...