The Samoa Ports Authority has hailed another successful financial year despite facing several significant challenges to its operations.

The organisation’s 2019-2020 results were included in its latest annual report for the fiscal year under review.

The Chairman of the S.P.A., Tuiloma Neroni Slade, said the achievements happened despite the Authority’s operations slowing down following the COVID-19 pandemic and to a lesser extent the Measles crisis of 2019.

“In July 2019, S.P.A. celebrated the important milestone of its 20th anniversary,” the report read.

“It was a moment to look back and to reflect on the challenges and accomplishments of the past two decades.

“At this time the Authority was honoured to host in Apia, the meeting of the Pacific Maritime Transport Alliance (P.M.T.A.).”

The report found that despite a drop in the organisation’s net profit by 12 per cent compared to 2019, it continued to generate a net profit of $7.6 million despite challenges.

The S.P.A. made continued dividend payments to the Government from its return on its investment as required by statute. Total dividends paid for this financial year amounted to $2  million.

The organisation has also implemented stringent new border protection restrictions, such as new vessel clearance procedures introduced to prevent the arrival of COVI-19.

Tuiloma said S.P.A. is proceeding with capital investments including the planned Project for Enhancing Safety, Security and Sustainability of the Apia Port valued at $155 million and funded by Asian Development Bank. 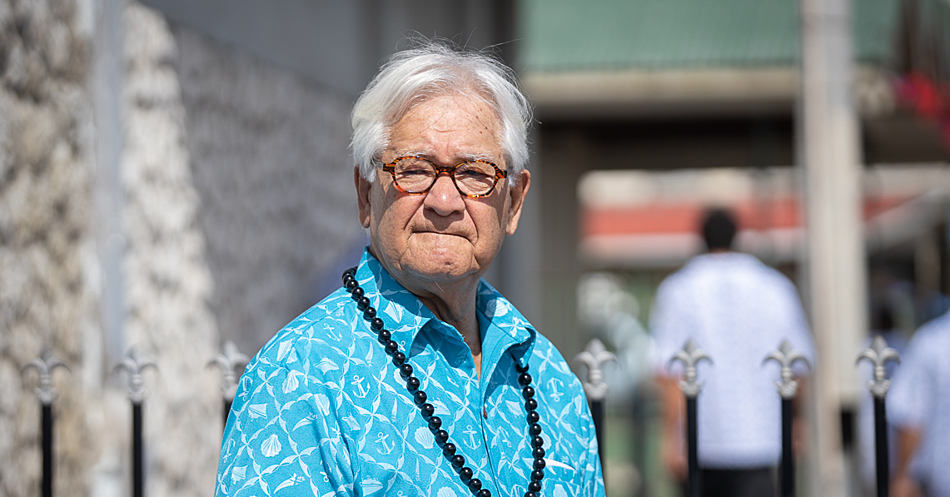 He said feasibility studies of the proposed Vaiusu Bay and the Asau Port-channel improvement pro­jects have also been completed.

“These proposed developments will have potential to enhance the serviceability of Samoa’s ports to foreign vessels and capitalising on the opportunities identified as a catalyst for S.P.A.’s competitive advantage in the Pacific region,” Tuiloma said.

The S.P.A. Chairman said the Port’s success was measured by the quality of its service, and cooperation it receives from the Government, the public and its clients.

“Resil­ience building has been a key target to overcome challenges posed by the Measles and also the coronavirus pandemic, and to ensure S.P.A. has the capability to deliver on its mission of providing safe, reliable and profitable services,” he said.

He concluded by commending the committed S.P.A. Staff and its General Manager.

“We express to Afioga So’oalo Kuresa So’oalo, a particular tribute of acknowledgement for his fine man­agement and leadership of the Authority. We welcome his re-appointment as S.P.A. General Manager,” he said.

“In like manner let me also acknowledge with warm appreciation the role and important contributions of all our stakeholders and other varied players within the Port system”.

A painting of Jesus Christ at the Home of the Elderly at Mapuifagalele wept on Fri...