The men of Navu, champions of the Men's Open Division in the Central Basketball Tournament at Gym 2 in Tuanaimato. (Photo: Taua’i Fagaloia Vaetoe/Navu Basketball Club)
TM
By Tina Mata'afa-Tufele, 17/03/2021

The Navu Basketball Club is celebrating two championship titles – the Open Men’s and Under-18 divisions – in the 2021 Central Basketball Association tournament that closed its first competition of the year on Saturday at Gym 2 in Tuanaimato.

“The tournament was a challenge for us. We weren’t just going to throw away our hard work and sweat. We kept pushing and thriving and working together as a team to create the best atmosphere for the win. The semi-final with the team SivaTau wasn’t easy,” Coach Vaetoe told the Samoa Observer.

Scores were close… when we pushed they pushed back, but none of us were going to give up because both teams wanted to go to the final and I must say all players came prepared for this. During our final with Supakako team, it was definitely harder. They have the best players but we also have the best players. It was a good game indeed. I wouldn’t say it was effortless. It was a fun game.” 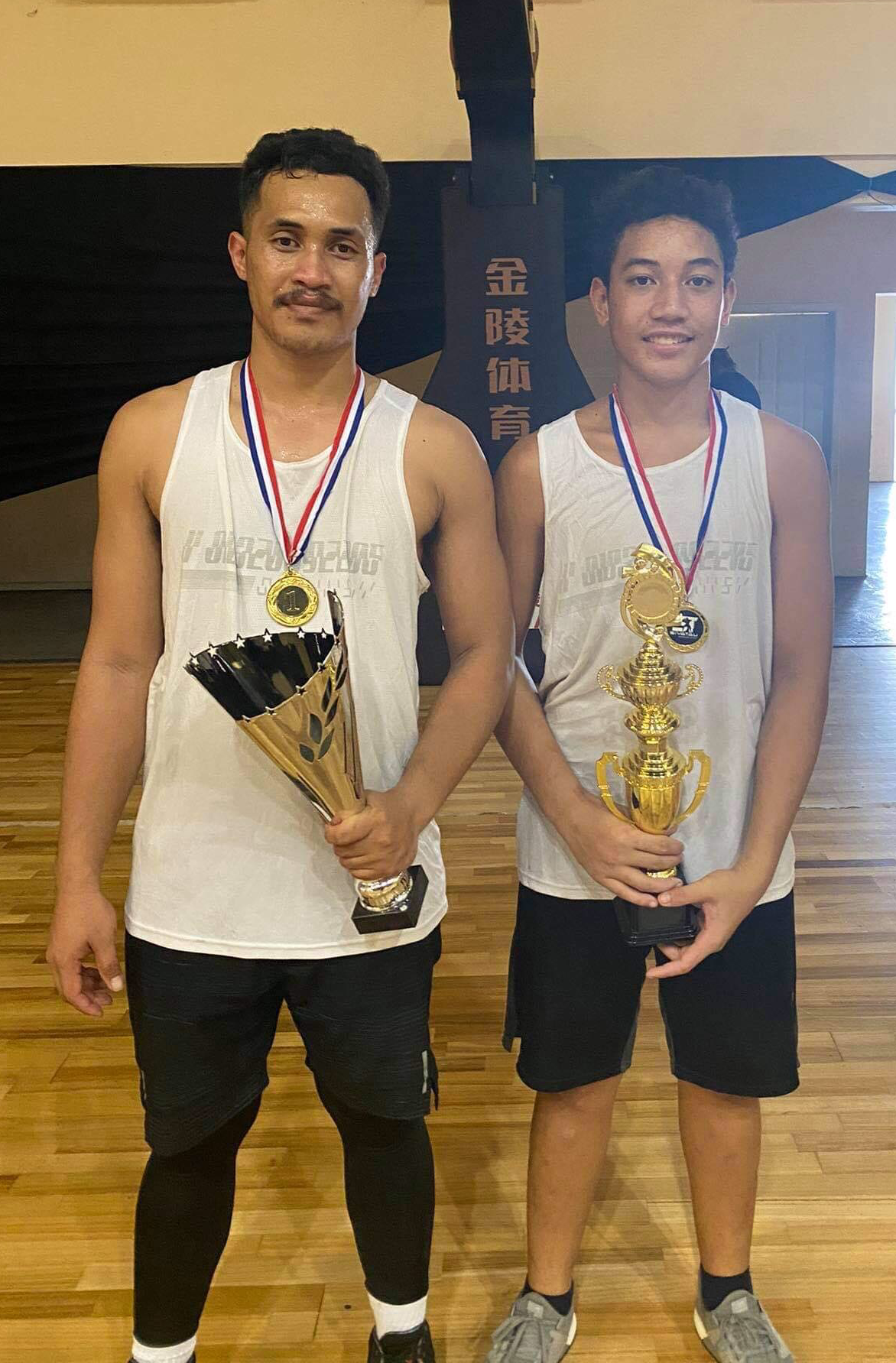 Navu edged out Supakako, 30-33, for the championship.

Coach Vaetoe was named Most Valuable Player (M.V.P.) in the Open Men’s Division.

In the Under-18 Division, the young men of Navu took the championship when they defeated SivaTau 24-20. Navu’s Carlos Ututau was named M.V.P. in the U-18 Division.

Navu is a ward of The Church of Jesus Christ of Latter-day Saints based in Vaivase. Coach Vaetoe and his players attend Navu.

“We reformed this club when I returned back from my mission in Papua New Guinea in 2017. There was a team before but people come and go, so it was hardly in tournaments, but when I returned I decided it’s best to give it a try again to go into these leagues to show our talents,” he said.

Asked to share the secret of Navu’s success, Coach Vaetoe who works as a trade market representative for B.A.T. Company in Vaitele, said it’s all about team work.

“The key to winning two championship titles is team work. When there’s no team work, then what’s the point of winning? One wrong mistake and everything goes to waste,” he said. 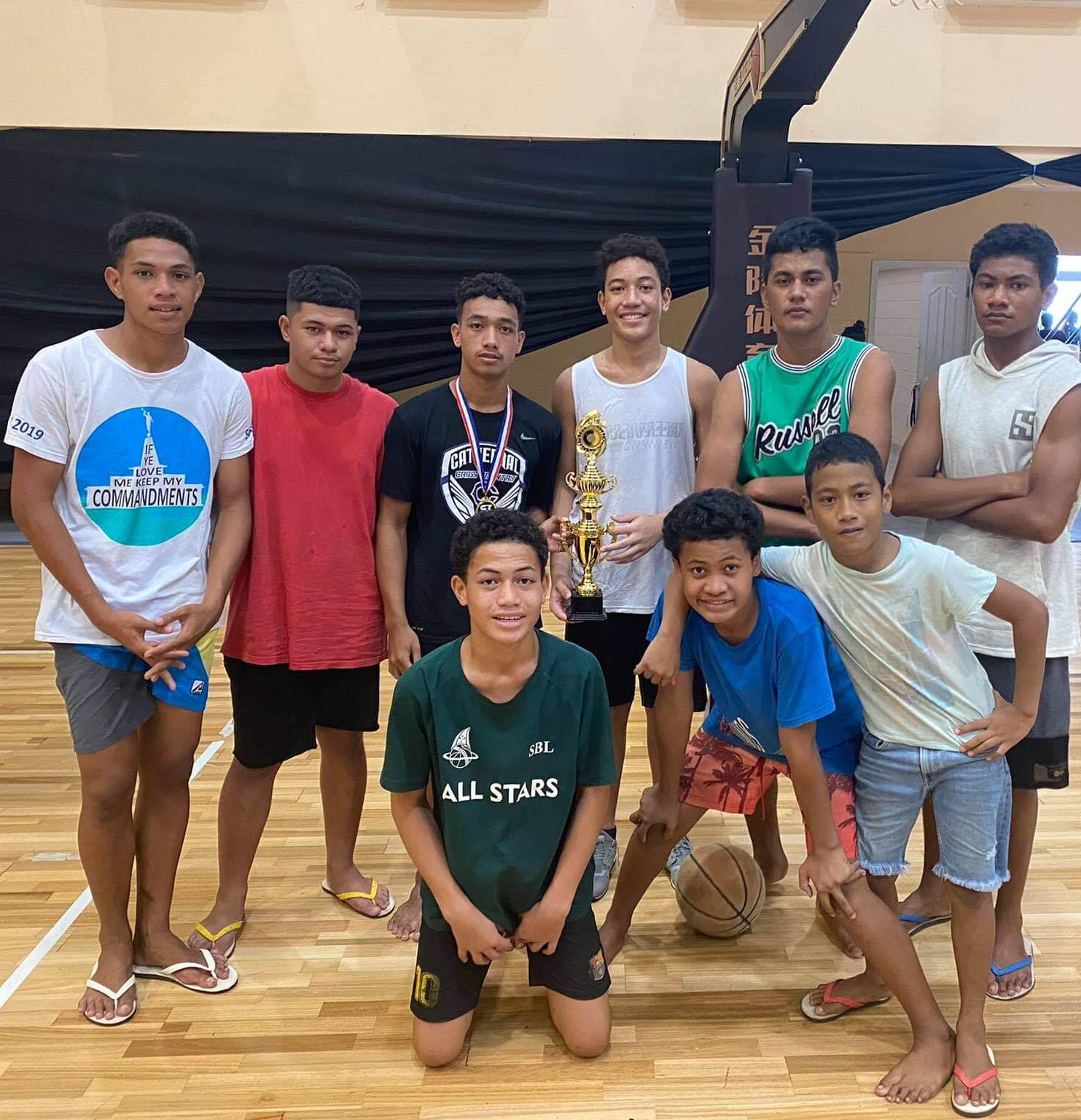 “Next for Navu is we are still going to be here preparing for tournaments. We want to be lessons to the young ones so they can follow their dreams.”

“I’d like to thank all my friends and families especially my wife Jadyn Ualesi Vaetoe who came out and supported me throughout all the tournaments despite being busy with her own business to run.

"Shout out to my boys as well for never giving up on our training, especially Glen and Sekeli for helping out with transportation. Also thanking the Man above for giving us the strength to play hard during our tournaments, because with Him everything is possible,” he told the Observer.

Coach Vaetoe also thanked the Central Basketball Association and President Jason Joseph for making the tournament possible and added: “We do look forward to seeing everyone again in the upcoming events. We give back all glory to the Man above for all He has done for us. Navu all day.”