The Fa’atuatua i le Atua Samoa ua Tasi (F.A.S.T.) roadshow is edging closer to its end as they met with Anoamaa No.2 on Saturday.

It was the first time the Anoamaa No.2 F.A.S.T. candidate, To'omata Norah Leota had joined the roadshow series as she had only flown in from the United States a few weeks ago, and spent three weeks in managed isolation. 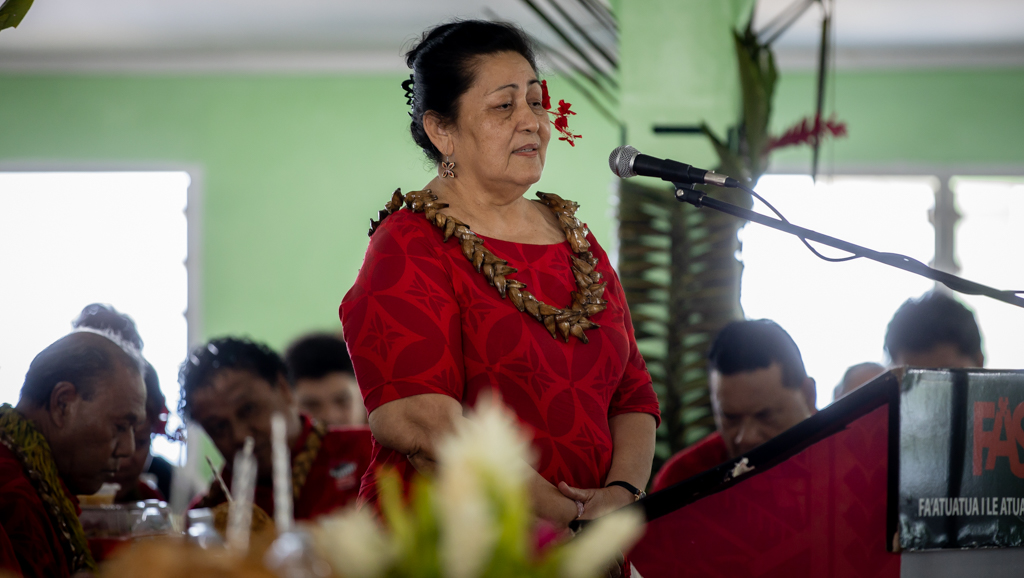 During the event, a Solosolo resident requested that the life-term of the Head of State of Samoa is returned.

"My first question is, how come the Prime Minister has been in office for many many terms - I understand that people are voting him in - but how is he in office for a very long time and yet our Head of State terms are limited?" she said.

"My advice to your party is that, if you win this election, please bring back the life term of the Head of State, like it used to be."

Another Solosolo villager who spoke during the programme thanked the party for including benefits for people with disabilities in their manifesto, saying it will be a stepping stone into solving the issue of having them scattered in town and in the way of civilians.

"The only thing that is not clear here is who is eligible under this group because I feel that this could be directed especially for those affected with cognitive disabilities so they may be recognised," she said. 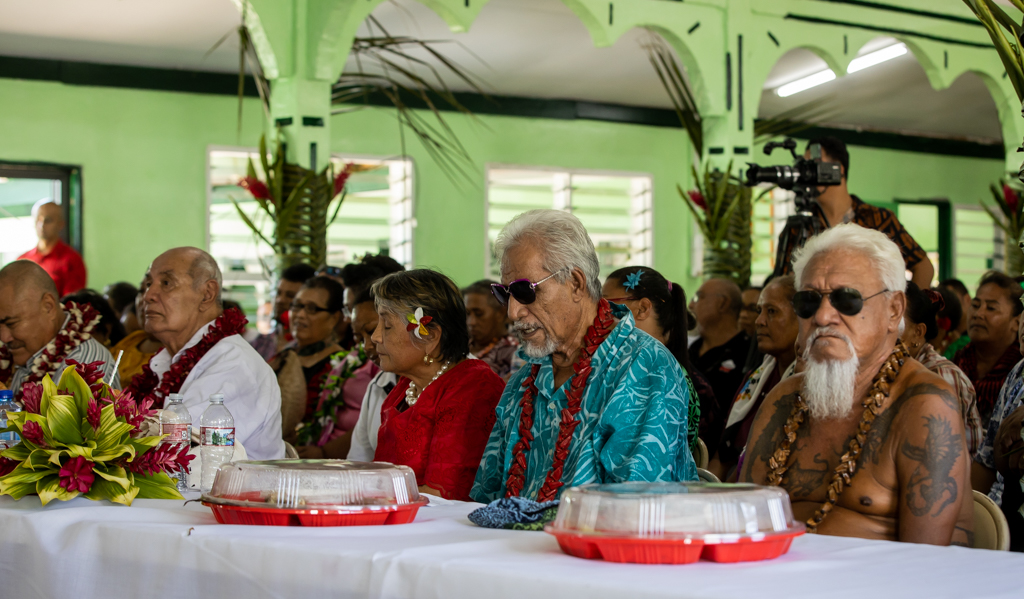 "There are so many of them who roam the streets, and disturbing passers-by on the streets in town because they do not have money, and this is why they are not acknowledged and supported in their own families.

"There is weak support from their families but I believe that if persons with these disabilities are recognised and included in this benefit as mentioned in the manifesto, I believe this will encourage families to take back their disabled relatives and give them the relevant support."

Meanwhile, a young male attendee put forth a request to the party, should they be voted into Government, to reduce the retirement pension age from 65 to 55-years-old.

"The current pension eligibility age is too far away; it is a request because many pass away before they reach 65. In the olden days, our parents would reach 90 up to 100 years, but right now, with the many assistance from overseas, we barely reach that age anymore." 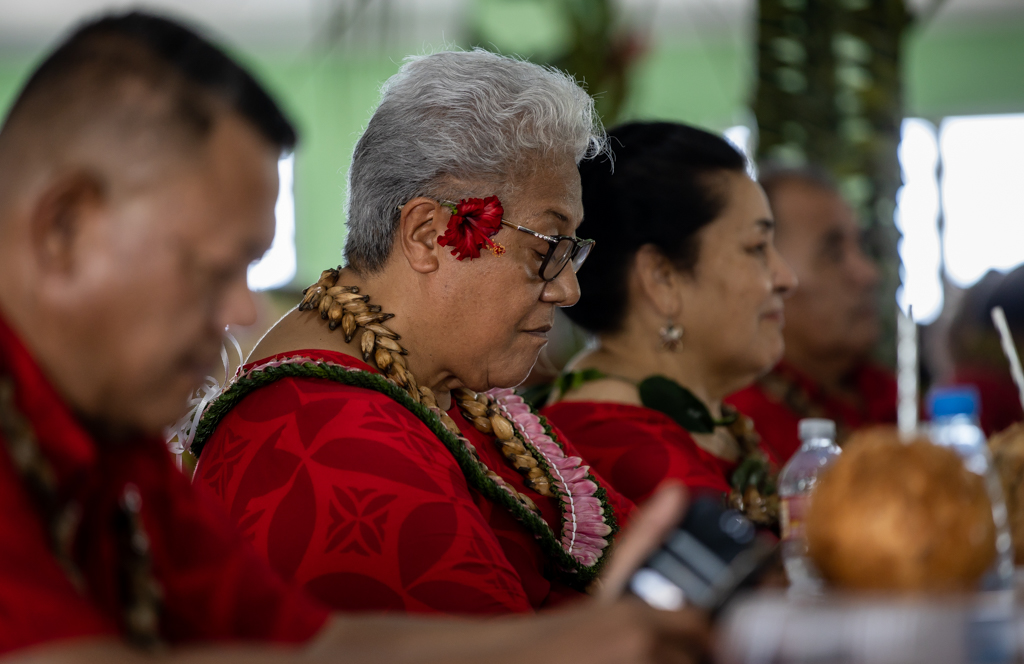 The programme on the day concluded with remarks from the constituency's candidate with Toomata using the opportunity to advise the crowd to "vote with God." 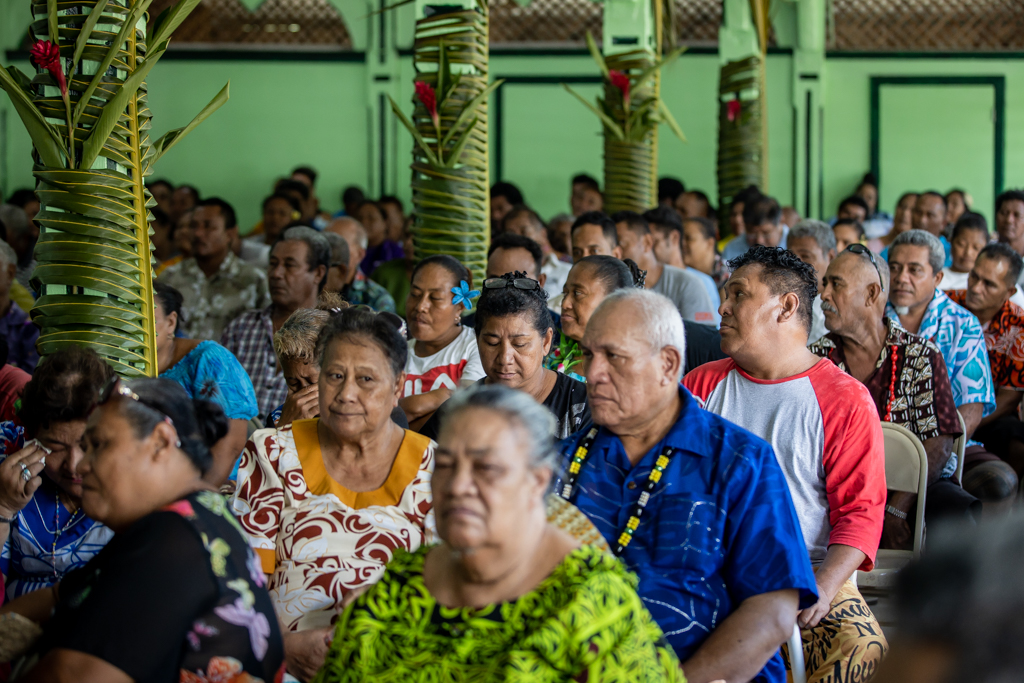 The woman candidate thanked her constituency for acknowledging her desire to run in the General Election and for their continuous support.

"If you want a change in Government, the power is in your hands to do so. May you choose with God, your knowledgeable and wholesome choice, a choice that will benefit our constituency, especially the whole nation," she said.