The Football Federation Samoa has kicked off their F.F.S. National Youth League and are now in their second week of the program.

The JS Blatter Field came alive on Saturday with parents and children of different ages mixing with soccer fans and supporters taking part in the league.

All the children who were playing in different divisions were excited to play despite the heat on Saturday. It didn't matter that the sun was as they were just keen to get out on the field and play.

The Vaigaga FC (Football Club) head coach, Rotorua Lolo, told Samoa Observer how grateful he is for the Football Federation Samoa to host these events annually as it helps in the development of their new teams. 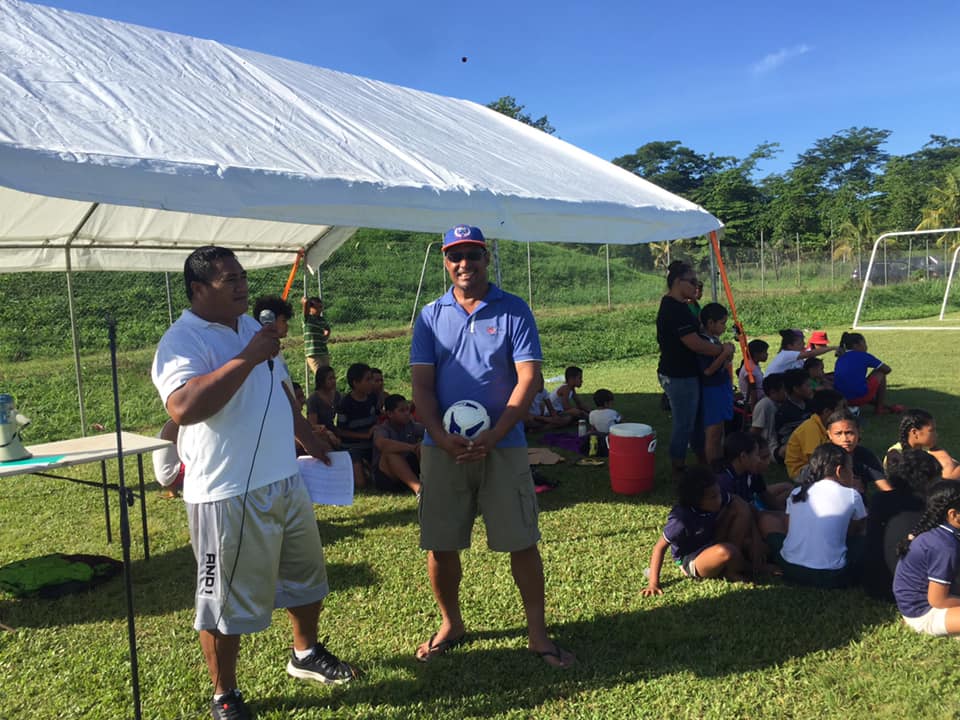 "We are Vaigaga FC, this is our second year in this league, and we are grateful to the football federation for having us here. I am very happy to say that our teams have shown improvement," he said.

Lolo also confirmed that his club is just a newbie to the sport but he hopes to encourage more players from his teams to come out and play.

The Federation provides clinics for them on Wednesdays from 1pm to 2pm.

"The clinics that are held at the Vaigaga Primary schools actually help in developing our teams so they teach the theories and on Saturdays, it's all practical. We have teams in all divisions, both boys and girls," he added.

We are targeting the grassroots level. Last week we had seven wins and four losses, but this week we have eight wins. Most of the wins are from the ladies team so that's a great sign for our ladies."

The Vaigaga team is not being sponsored by anyone, they are hoping to find a company that would be happy to sponsor the young ones.

"We are currently looking for donors especially with our little ones. We hope that someone out there would be kind enough to sponsor our children as they are the future of Samoa. I hope that Samaritan will come to us before this competition ends."

The National Youth League is set to run for six months.