Wesley College defeated Nuuausala College in front of their home crowd at Faleula on Friday.

The college emerged the victors 20 - 15 after what was a hotly contested game.

It was just three minutes into the first half that a Nuuausala College player, Ierome Atai, was penalised for a high tackle.

A few minutes later a penalty was awarded to Nuuausala and their first-five, Fanaua Niulevaea, successfully converted the penalty to take Nuuausala to the lead, 3 - 0.

But ten minutes into the first half and Wesley was awarded a penalty and Taalo Faatoina of Wesley College secured a successful conversion to even the scores at 3 apiece.

It was fifteen minutes later before Esera Nofoaiga of Nuuausala managed to cross over the try line; a successful conversion had the team take the lead again, 10 - 3. 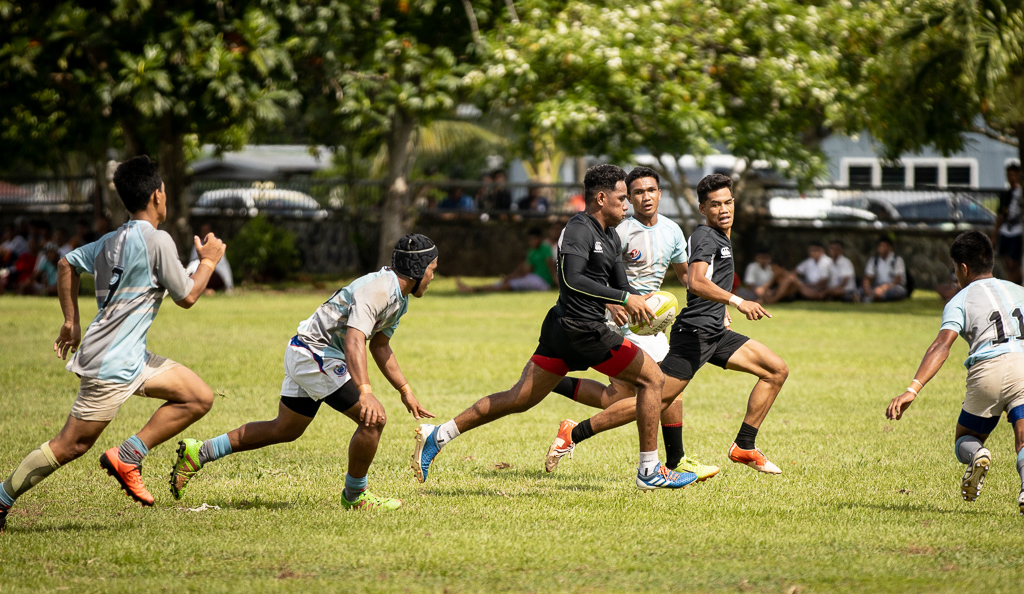 Later in the match, Wesley was awarded another penalty Nuuausala. Faatoina elected to go for the post and came up successful adding another three points to Wesley's score making them the leaders 10 - 6 walking into the half-time break.

Inspired by their home crowd Wesley added two tries to their tally under the post; Faatoina once again pulled off a successful conversion to bring the score to extend the home team's lead to 10 - 20.

Nuuausala attacked in the game's final five minutes and secured their last try of the match at the far right side of the try line; a missed conversion from Niulevaea left them under the scoreboard at 15 - 20.

After being awarded a penalty in the game's dying minutes, Faatoina did not extend Wesley College's lead, leaving the final score of the game at 15 - 20.