Over 300 students of Palauli Sisifo College will benefit from a new school hall that will be built courtesy of funding from the government of Japan.

A signing ceremony of the grant contract under Japan’s Grant Assistance for Grass-Roots Human Security Projects was held on Thursday at the Japanese Embassy.

The Ambassador of Japan to Samoa, Terasawa Genichi said that he is pleased to sign a grant of up to US$209,903 (equivalent to approximately SAT$526,000) to the Palauli Sisifo College School Committee. 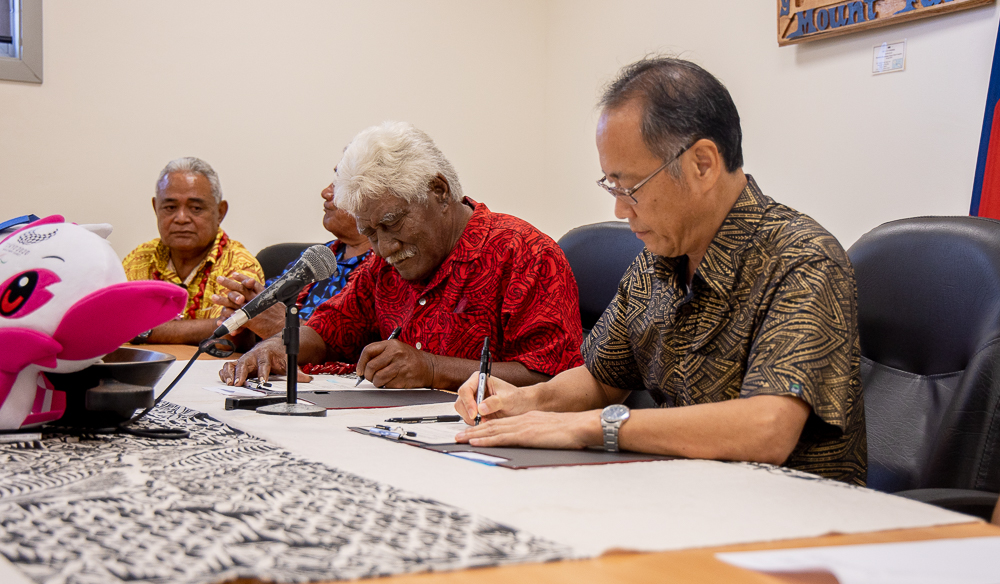 He said that the project is made possible through Japan’s Grant Assistance for Grass-Roots Human Security Projects under the Japanese Fiscal Year 2020 allocation.

The principal of Palauli Sisifo College, Vaovasamanaia Tu’ua Tamala said that it has been a 30-year wait for the school to get a new hall.

“The school has never had a hall, we used some of the classrooms as a hall but when we host school functions such as English Day or Culture Day it always held outside despite the rain or a sunny day,” he said. 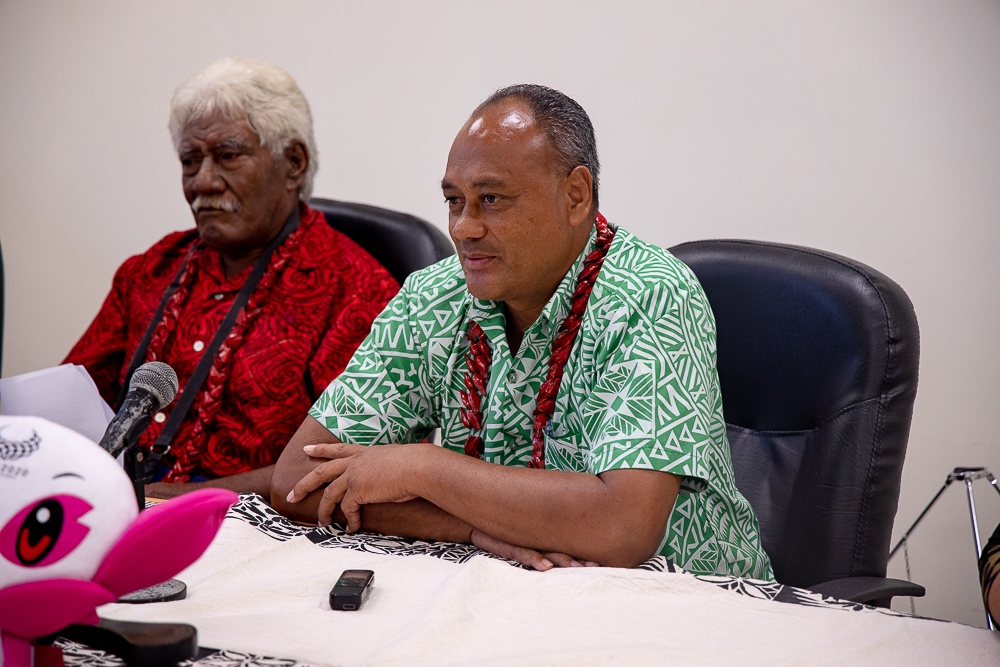 He also added that so far the school has 342 students but numbers increases annually and with the number of students increasing, the school is in need of more classrooms.

“At the moment we do not have enough classrooms to fit so many students, because some classes have more than 50 students," he added.

“We are also looking at renovating our library for students especially our computer room, even the science room, we have so many needs but we are grateful to Japan for heeding our number one request for a school hall.” 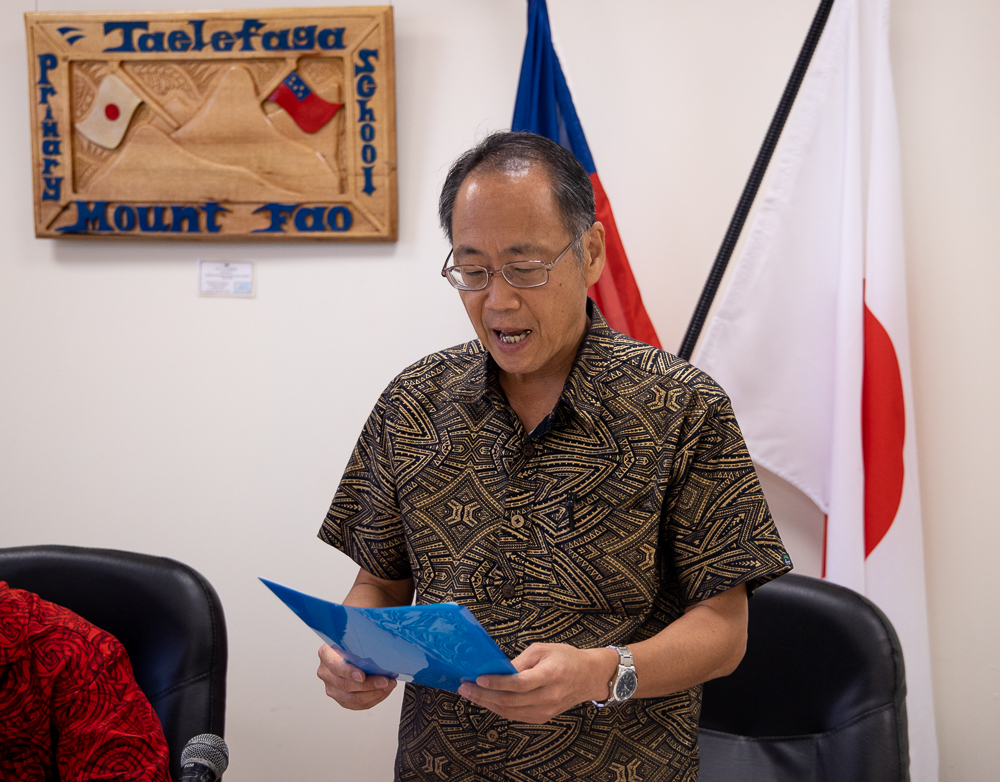 Vaovasamanaia also added that after so many years, they can assume that back in the days people were not aware of such assistance as the grant given through the Embassy.

A candidate for the upcoming election, Mulipola Anarosa Ale-Molio'o was also present during the signing ceremony to support a milestone for the school. 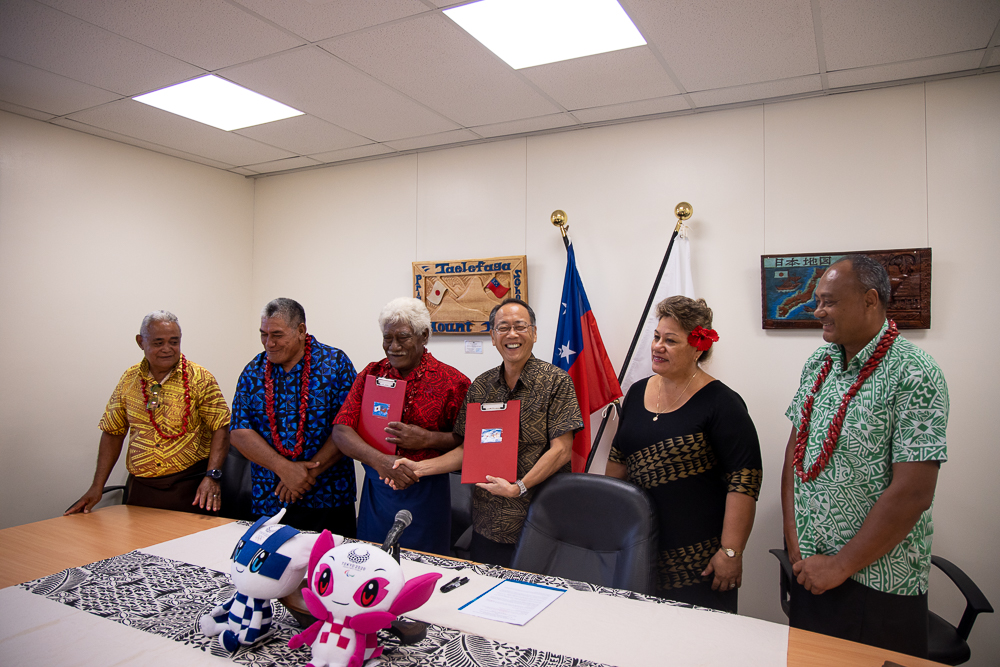 She said that Palauli Sisifo has three primary schools and one college.

“The school committee prepared a proposal requesting for funding support to enable a stable hall that can be used by students," said the candidate.

“With only one college and three primary schools, the college needs a lot of preparation for these upcoming students heading to the college which includes a hall.”

Ambassador Terasawa also highlighted that in the school’s proposal, there was an urgent need for a hall to accommodate the college’s gatherings and assembling activities.

“I am confident that this project will ensure the best of resources and equal opportunities are available to students to accomplish academic excellence.

“Under the G.G.P. programme, Japan continues to provide small and flexible grants to support development projects at the grass-roots level that is specifically designed to address basic human needs.

“It is my belief that such assistance will greatly contribute to the improvement of everyday life of the people of Samoa.”