Shakers men’s tag champions only in it to win it

Let it be known: Team Shakers only play to win.

That’s the confidence that Shakers Club President Immanuel Lolagi, 27, is giving off after they defeated the competition in the Vodafone Ignite Tag Tournament, clinching the coveted title of men's division champions.

“Shakers were here since the beginning of Tag starting with only nine boys and now we have 40 players. Of course like any other club we aim to win every tournament and at the same time develop our young players,” said Mr. Lolagi.

Head Coach for the Shakers is Tame Ah Know.

“The competition was well organized and everything went well. We had prepared long for this tournament and had entered three teams:   two mixed teams and one men’s team. We were happy that one of our teams came out on top in the men's division,” Mr. Lolagi.

“We knew that winning this tournament wasn't going to be an easy task given that most teams are tough and well experienced. We enjoyed the tournament and winning the men's division was a bonus.”

Head Coach Leota Khosrow Siisiialafia said their team focuses on the mix but are now putting together a men’s and women’s team.

“Our team focuses on our mix but as a challenge this year we are now putting together a men’s and a women’s team.

Leota coaches for the Avengers and Team Manager is Moananu Tyrone Laurenson.

“It was an awesome event. Tau CaBella Avengers are all about Tag. It’s been 3 years since we joined the tag family and we hope to continue. It’s a sport reliant on skills and structures that do not include the use of physical contact,” Leota said.

“Our manager used to coach his own team back in the days in New Zealand, but in league, and of course he has brought that experience to help us. We prepared by using experiences from different friends especially from New Zealand and Australia like our friend Uaika Paniani who has always helped us. His advice was ‘Defense Defense’."

He said they don’t necessarily aim to win. They aim to improve. 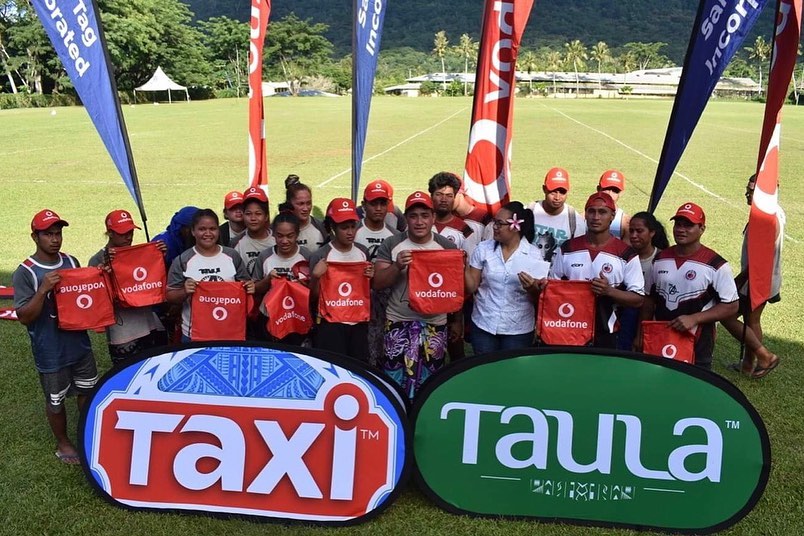 “Our next goal? Continue improvement. We don’t aim to win, we aim to improve our structure and if in the end we do win then we have achieved our goal. As our manger Moananu always says: ‘a fit body is a fit mind’," said Leota.

The tournament’s name is symbolic of it being the first tournament to kick start our sports federation’s calendar of events for this year, Samoa Tag said in an 8 March statement.

"It is always our pleasure and honor to partner with Samoa Tag to launch this year's first Tag Tournament. We care for Samoa and we show that by partnering with sporting bodies such as Samoa Tag to help promote physical activity and also support the Government's commitment to prevent and control NCDs. This is our way of growing a better and healthier community around us and at the same time growing local talent. We'd like to say a big faamalo to Samoa Tag for yet another successfully run tournament," said Nofoasaefa Satish Sharma, Chief Executive Officer for Vodafone Samoa.

Samoa Tag said over the past few years, they have witnessed dramatic growth in the sport in Samoa.

“We also attribute this to the ongoing support of our sponsors. Through their generous contributions we are able to provide this platform for our local teams and athletes to develop. Samoa Tag would also like to express our appreciation for all our affiliate clubs, and congratulate our finalist teams on their achievement. We are very proud of the progress being made by our local teams, which also continue to grow in number each year,” the sports organization said in the statement.

“Samoa Tag has several exciting events lined up our 2021 calendar, and we are pleased to have started off the year on a high note. Once again we would like to thank our sponsors, and all those involved in helping to make our first tournament for the year a success. Thank you to Vodafone Samoa Chief Executive Officer Nofoasaefa Satish Sharma and the team at Vodafone for believing in our vision, and for helping drive our local sports and talent. We look forward to working alongside you again.”