Plans are underway for the Salelologa market building in Savai'i to be converted into an office to house different Government Ministry offices, the Samoa Observer can reveal.

The current facility is expected to be converted into a building similar to the Tui Atua Tupua Tamasese Efi (T.A.T.T.E.) Convention center in Upolu.

A smaller market will also be built in the near future for the local farmers and businesses to sell their produce.

The plans were revealed by caretaker Minister for Samoa Land Corporation, Lautafi Fio Purcell in a telephone interview with the Sunday Samoan. 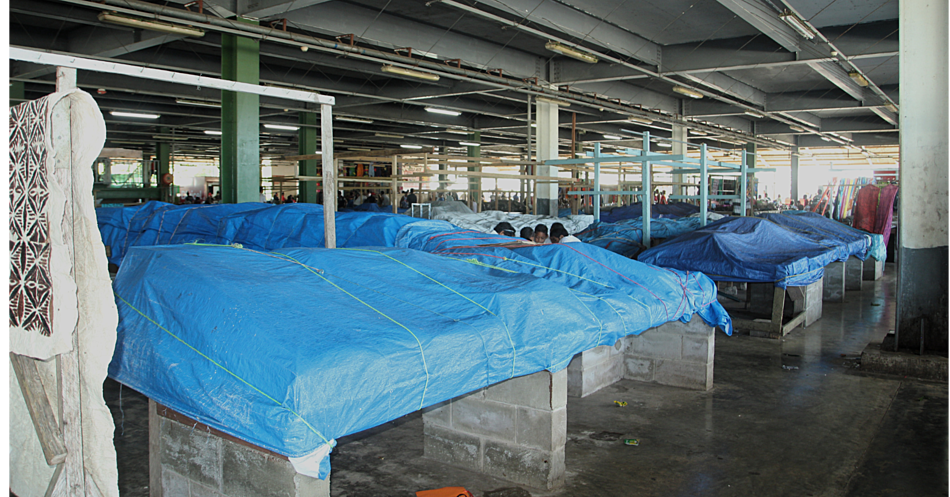 Lautafi was responding to queries from this newspaper, putting rumors to rest that parts of the Salelologa market are now being leased to Chinese business-owners.

"The last time I checked, there were no Chinese businesses at the Salelologa market," Lautafi said.

"But if there are, maybe only one or two, but the space is leased to them just like the other local businesses at the market."

When asked whether the Government is making any profit from the Salelologa market, with most of its stalls empty, Lautafi said: "We are getting some money from (it), but it’s not being utilized the way it should be.

"That is why we have come up with other plans to develop the Salelologa market in the future."

Lautafi said sellers are now opting to sell their produce next to their own homes, instead of going to the market, which is why it is mostly empty.

"Because as you have seen a lot of people are now selling goods on the side of the roads and in their own front yards," he said.

"The other thing we should keep in mind, a lot of people in Savai’i are farmers. Therefore, there has never been a shortage of taro or other crops in Savai’i as people grow their own plantations to feed their families.

"So we don’t usually see people rushing to the Salelologa market to buy taro or bananas as most of the families have their own plantations. That’s the problem.

"Therefore, we should look at other ways so we can earn money from the market.

"There are plans that have already been set for that building."

When asked about their plans, Lautafi replied saying: "We may be looking to build a smaller market but we might turn that big building into something like the TATTE as a center for all the Government ministries in Savai'i.

In an interview with the Chief Executive Officer for Samoa Land Corporation in December 2020, Ulugia Petelo Kavesi, blamed COVID-19 for the Salelologa market slowdown.

"As you know, our economy has been greatly affected by the global pandemic," he told the Samoa Observer then.

"It has affected our individual families as well, because of factors such as unemployment and things like that.

"If you see that it's empty, it is a sign of the impacts of the economic downturn we are experiencing.

"The other problem I see is that vendors tend to close their stalls at the beginning of the week, but would only open them up starting from Thursday and unto the weekend."

Ulugia added that another contributing factor is people now prefer to sell their crops on the side of the road rather than at the market.

"That's a common problem that is happening in Upolu as well, people nowadays prefer selling their crops and products on the side of the roads, instead of making the trip down to the market,” he added.

"It's like a trend we see nowadays, something we did not see 20 years ago. If you take a drive on the island of Upolu and also Savai'i, you will notice that most families are now selling their crops, vegetables, and handicrafts on the sides of the road.

"This is something good in my perspective as it is easy for them, instead of paying for bus fares to get to the market, they can now sell their products in their front yards.

"But whether or not we're making a profit from the Salelologa market, I would have to get the right data and information before I can say anything."

The Salelologa market on the big island also houses other Government Ministries' offices as well as branches for companies such as Samoa Stationery and Books, Digicel, and Vodafone.

It is also where the main bus terminal is located on Savai’i.

The largest market facility in Savai’i would normally be crowded with men playing pool and drinking kava.