B.B.E. Vaiala has returned home with the shield for the Senior A division after beating the S.S.A.B. Moamoa Roosters, 49 - 20 at the High-Performance Unit field, Tuanaimato on Saturday.

In the first half of the match, B.B.E. Vaiala took the lead 28 - 12. Some high-profile players were among the B.B.E. Vaiala team fielded on Saturday including Patrick Faapale, Alatasi Tupou, and many others.

In the second half, Moamoa hit back with a successful penalty conversion to make it 28 - 15.

Vaiala answered with a try under Moamoa's post, extending their lead and securing the shield for another week. 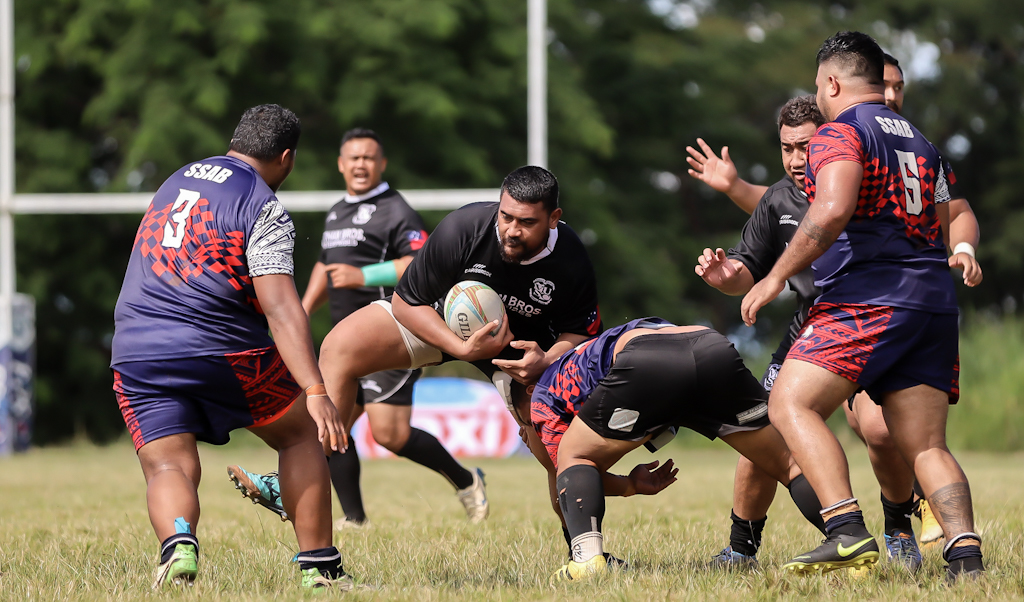 According to the ARU (Apia Rugby Union) spokesperson, Fuimaono Laifa Petersen, last week was the first week of the Taula Apia Rugby Union 15 Aside with Vaiala defending shield holders from last year's competition.

Ten teams have signed up for the tournament including Leifiifi College, playing in the U20 division.

"We have Vaiala, Moamoa, Vailele, Apia, Vaimoso, Letogo, S.C.O.P.A., Moataa, Maagiagi, and Leifiifi College who are playing in the U-20 division. It is not their first time, I think this is their third year in this tournament. There are two other teams who have shown interest in this tournament and want to be a part of it but our union has a procedure for things like this in order to be accepted," he said.

"Our tournament will be run for 10 weeks, and the first week has gone well. We hope that this will continue on. The two teams that are waiting for our approval for them to join are Fausaga and Faleapuna.

"We will notify them of our decision after our meeting on Tuesday [today]. Our Prime Minister, Tuilaepa, was here to officially open our tournament and he acknowledged our union for continuing to provide these platforms for our players.

"We continue to have tournaments, even if there are no international games at least we are able to develop and promote our players locally," he said.

Fuimaono also hopes that with Leifiifi on board again this year, it may encourage all the schools in the Vaimauga district to participate or any other schools who want to join the sport.