A large truck carrying an excavator crashed at Tiapapata (Photo: Vaitogi A. Matafeo)

A teenage schoolboy waiting to take his younger siblings home from school has died after being run over by a truck this afternoon.

The large truck carrying an excavator heading into town allegedly lost control on the road bend above The Shrine of Three Hearts where the 16-year-old was waiting along with other parents.

He was a Year 10 student at Avele College.

The truck crashed into a large fence on the side of the road currently under construction, a telephone pole and the child with it. 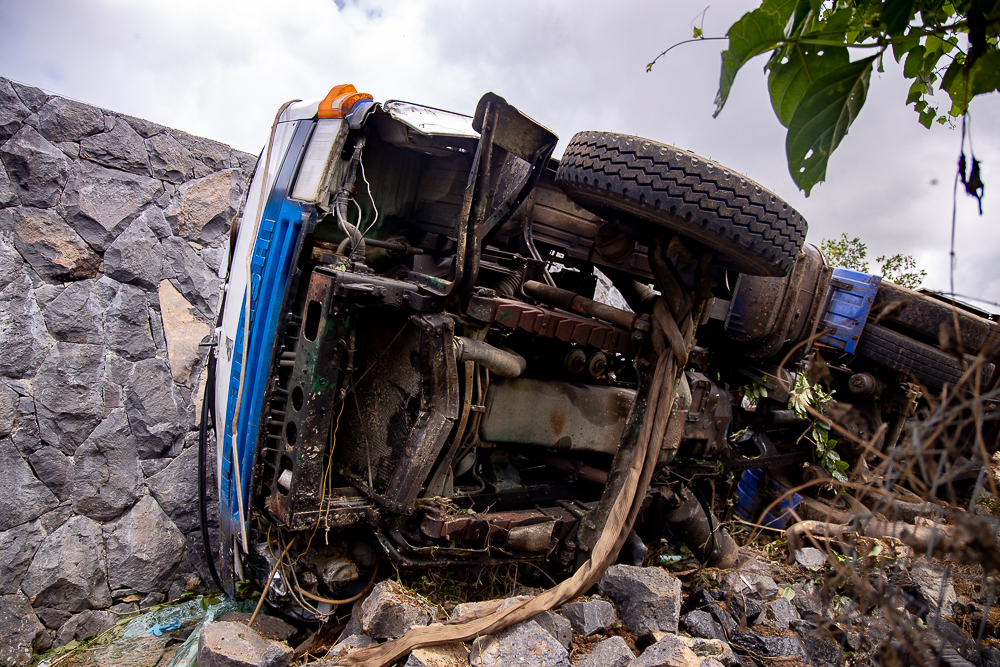 Two men were in the truck; both had injuries and were taken to hospital.

Bystanders and villagers say the teenager was waiting for his siblings who attend the Divine Mercy Primary School to finish school so he could take them home.

But he never saw his siblings again.

One villager, Lio Pele says the child's injuries were so gruesome that he could not bear the sight of them.

"He does not live far from here. His parents were here just a while ago, they also could not stand the scene; they couldn't stop crying," he said.

"This is too sad, this is something no parent wants to see happen to their child." 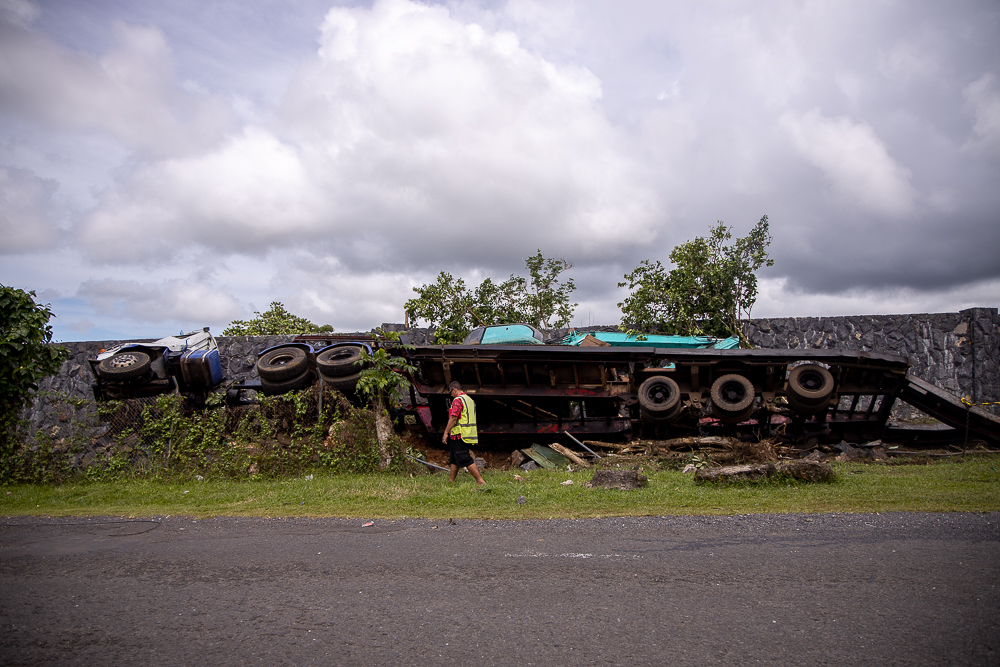 A construction worker - who did not wish to be named - who building the fence the truck ran into told the Samoa Observer it was lucky no one else was killed in the accident.

"There were other women sitting with him also waiting for their kids, they usually sit at the spot to wait for their children," said the worker.

"But today, the kid was sitting a bit further from the women and I guess that's why those women were lucky; I think by the time those guys realised it was too late, they had already ran over the kid.

"On that same spot where those women and the kid waited today, a flea market is usually situated there, but luckily not today."