After Cyclone Gita caused havoc in Samoa, Pastor Carey and his wife arrived in the country to establish the Salvation Army Church and Addiction Services. 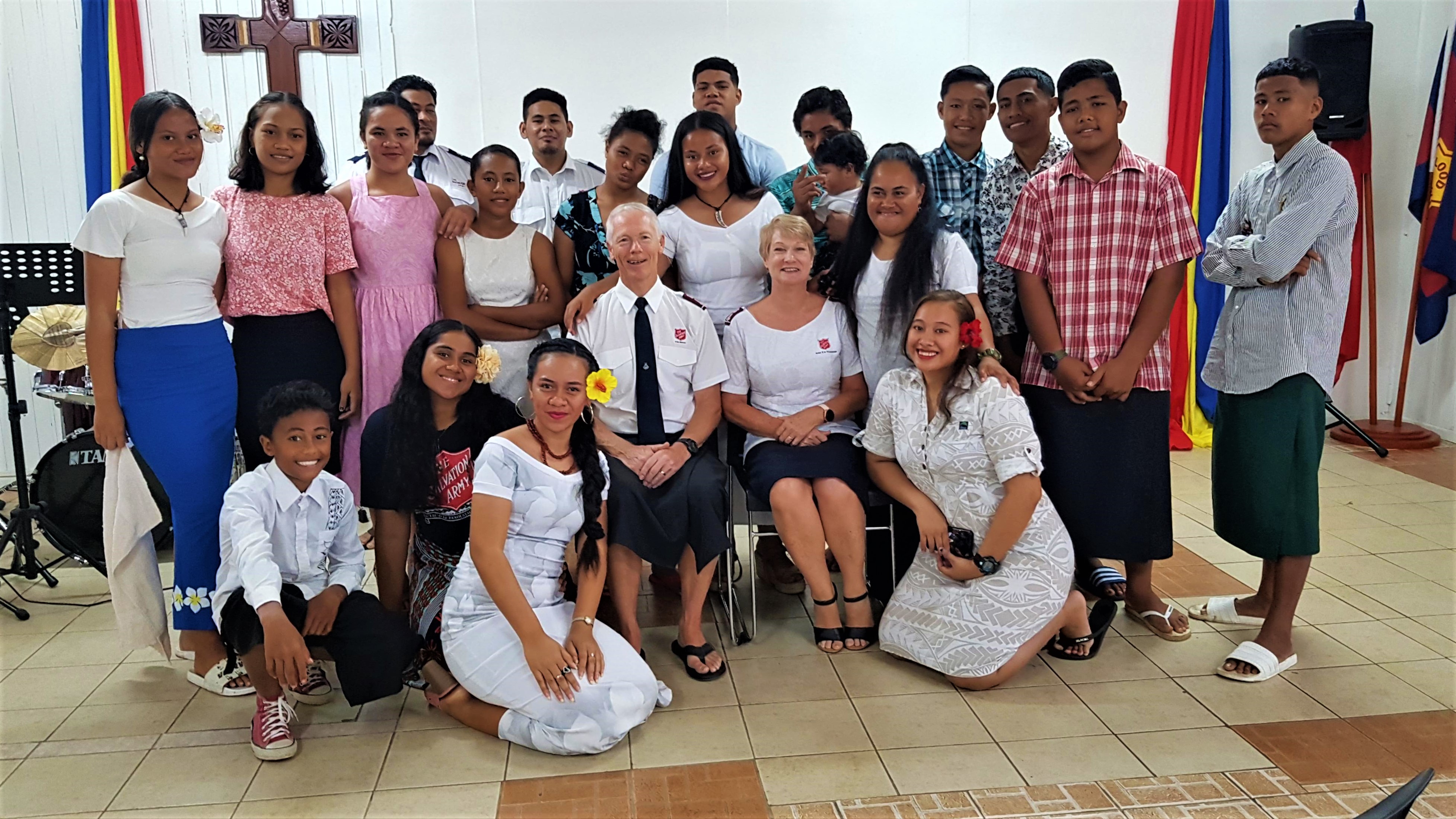 “When we received news of our appointment to Samoa in 2017, God gave me a promise from the Bible and a vision for the work,” said the Pastor.

He said that according to the Bible in the book of 1 Corinthians 2:9, it states that ‘No eye has seen, no ear has heard and no mind has imagined the things that God has prepared for those who love Him.’

“It’s hard to believe three years of service and ministry is coming to an end.” 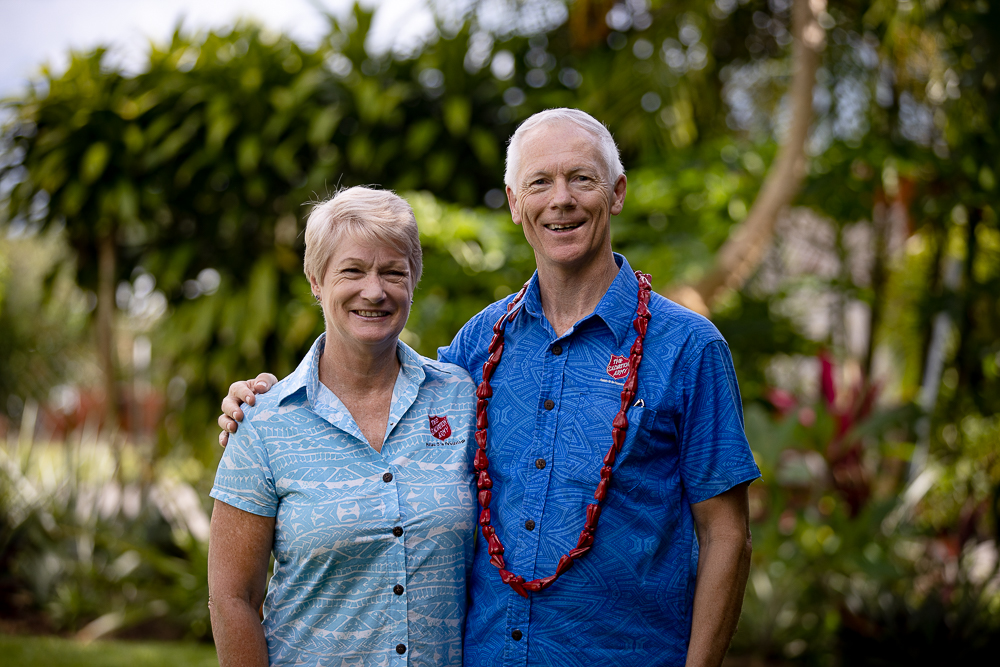 The couple has been appointed back to New Zealand and will take up their new role as National Managers of the Addiction Services, Supportive Accommodation, Housing and Prisoner Reintegration Services for the New Zealand, Fiji, Tonga and Samoa territory.

While going down memory lane, Pastor Carey said that there were just three of them in the pioneering team which include Major Pastor Miriama Simanu, himself and his wife.

“But we had faith to believe God was going to do a new thing in Samoa through the unique mission of the Salvation Army, of ‘caring for people, transforming lives and reforming society,’” said Pastor Carey. 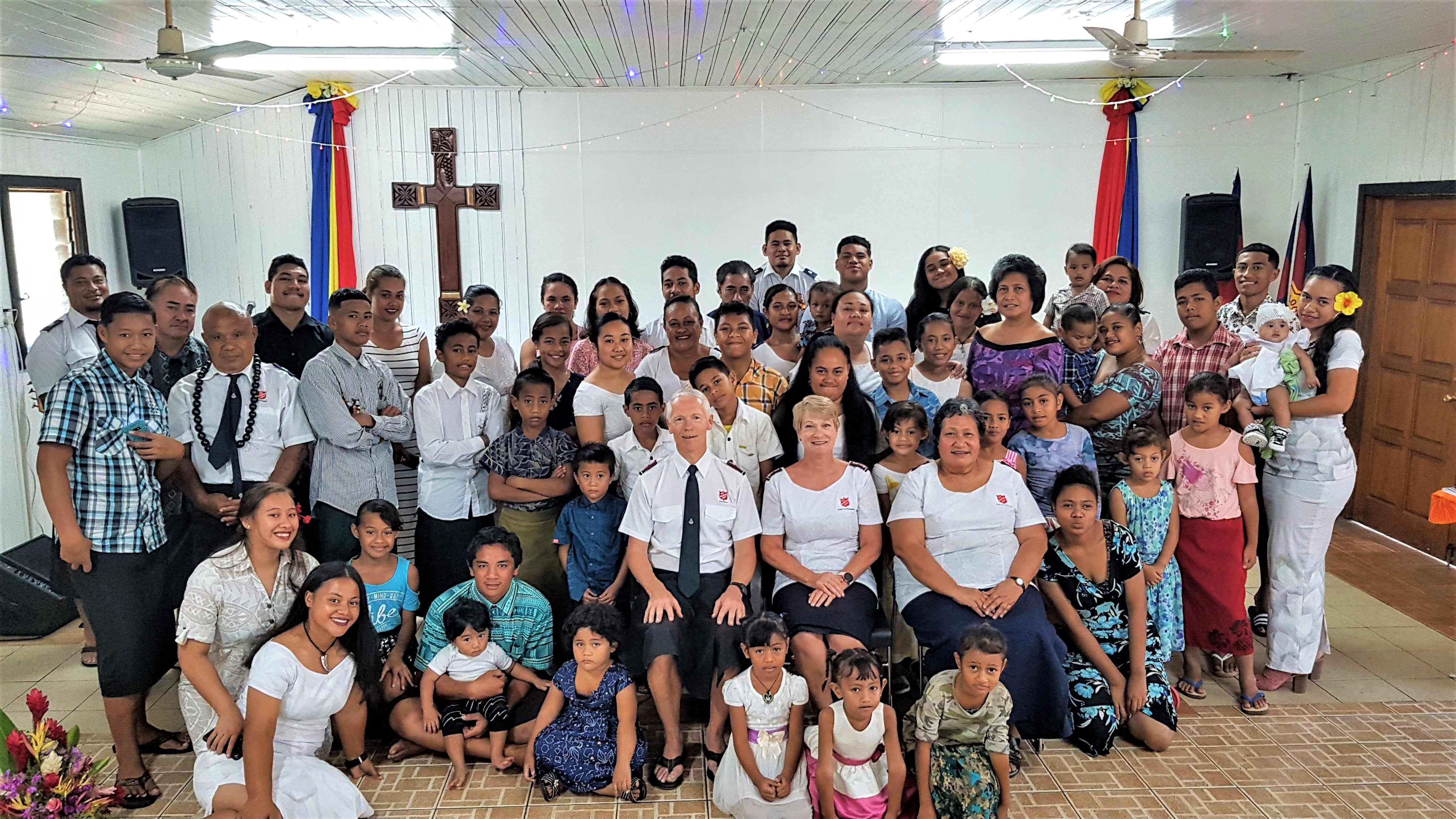 He also said that in the past three years God has been faithful to all His promises, and has witnessed many amazing miracles.

“People’s lives have been lifted out of the darkness and despair of alcohol and drug abuse and discovered new hope and light through our treatment programmes and of course the life changing power of Jesus Christ.”

Pastor Carey also shared that in the past years, the ‘Faletalatala’ six-week Psychoeducation Programme has seen 740 clients attend the programme and receive much needed help.

“Samoa needs to keep its strong Christian faith and realise that some of the things that the western world brings to Samoa such as alcohol and drugs are not good.”

Other successful programmes the Salvation Army has initiated are Nicotine Replacement Therapy which helps people quit cigarette smoking and being available to provide support to people struggling with problem gambling.

“We have a great team of qualified and experienced clinicians, a partnership development manager, business, and administrative staff, as well as pastoral staff in the Church, and many wonderful volunteers,” said Pastor Carey.

The Salvation Army has been recognised as a non-formal learning provider and provides a work force development training programme for Alcohol and Drugs, and Mental Health workers. This is a first for Samoa and is expected to make a difference in capacity and sustainability.

He also mentioned their partnership with the Ministry of Justice and Courts Administration, Probation Services where majority of the clients are referred from.

The Lt. Colonel Pastor also said that many people aren’t aware that the Salvation Army is a Christian Church.

“Our social services reflect God’s love and care for his creation.”

He revealed that the Church has grown from three to over 80 people from all walks of life, who now call the Salvation Army their Church and spiritual home.

“We believe the Gospel of Jesus Christ is the answer to all our needs...

“So with prayer, Bible Studies, Sunday School, Youth Group, Pastoral visitation and community care programmes, we bring the Life of Jesus Christ to anyone and everyone.”

Pastor Rod acknowledged with gratitude the Ministry of Foreign Affairs and Trade New Zealand who provided funding for the Alcohol and Drug treatment programme.

Also, he thanked Prime Minister, Tuilaepa Dr. Sailele Malielegaoi and the Government of Samoa for their assistance and support in the establishment of the Salvation Army in Samoa.

“We have made lots of friends and are grateful for the support of many people. It has been an immense privilege to serve the people of Samoa through the devastating measles epidemic and during the challenges of COVID-19.

“We will continue to follow with interest life in Samoa and look forward to returning from time to time in our new role.

“As we say farewell, we believe that we leave a legacy of hope. God has even greater things in store for the Salvation Army Samoa as it continues to be obedient to the Holy Spirit and works out its vision to be an Army that brings life.”

The couple expressed their sadness over having to leave Samoa by saying that their hearts will always be here, “but also mixed feelings because we have our family in New Zealand.”

The new Regional leaders who will continue the work of the Salvation Army Samoa are Captains, Pastors Eric and Julie Turner.