The Samoa Cancer Society (S.C.S.) has installed information booths at each of Savaii’s hospitals, saying it will improve community awareness of the disease.

There are Cancer and Health information corners established in Fualalo, Sataua, Safotu and Tuasivi district hospitals, and S.C.S. hopes to get the same scheme rolled-out in Upolu with more funding.

They have started already, with Lufilufi and Leulumoega District Hospitals.

Chief Executive Officer Su’a John Ryan said S.C.S. hopes to get as many people as possible educated about the risks of cancer and how to catch it early.

“We continue to seek innovative ways to enhance existing awareness programs and dissemination of information to tackle the lack of information access throughout Samoa especially for people living in rural areas who are most at risk or who may not have sought information about cancer otherwise,” he said.

He said it is the first time such an initiative has happened, bringing up-to-date information straight to clinics and hospitals around the country. 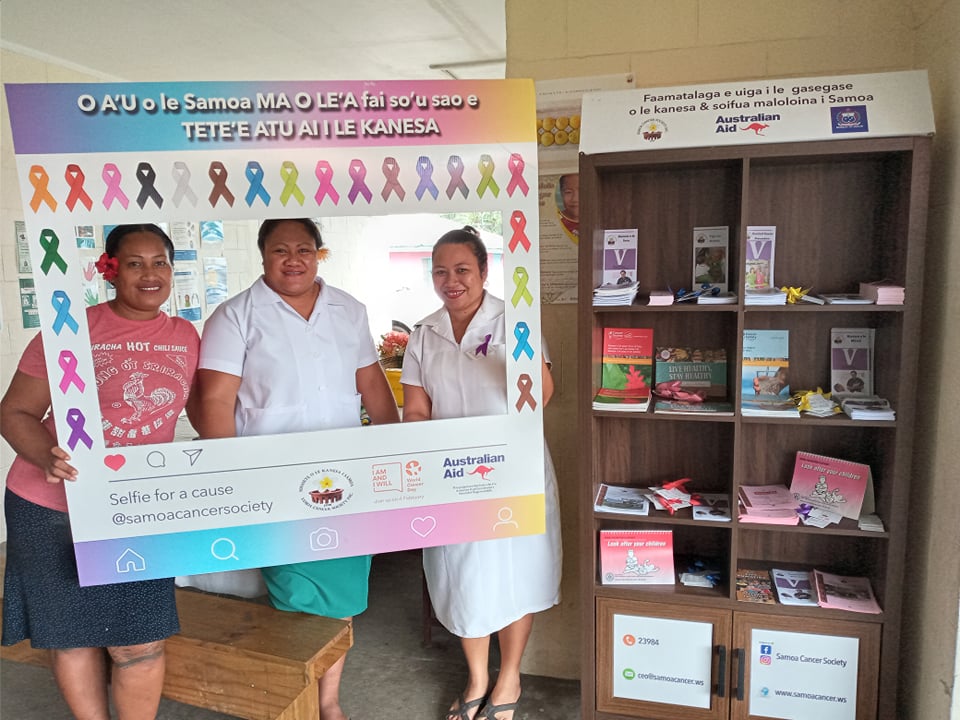 S.C.S. has the green light from the Ministry of Health to keep up these information corners across the district hospitals.

And to keep them stocked with accurate information, S.C.S. has received $10,000 from the Australian High Commission’s Direct Aid Programme.

High Commissioner Sara Moriarty said she applauds the small non-government organisation for being proactive in their work.

“The initiative is a collaborative effort that complements the sustainable development goals of good health and well-being of the people of Samoa,” she said.

“I applaud S.C.S. on taking proactive approaches towards preventative care in the community by encouraging the sharing of information resulting in more health-conscious villages.” 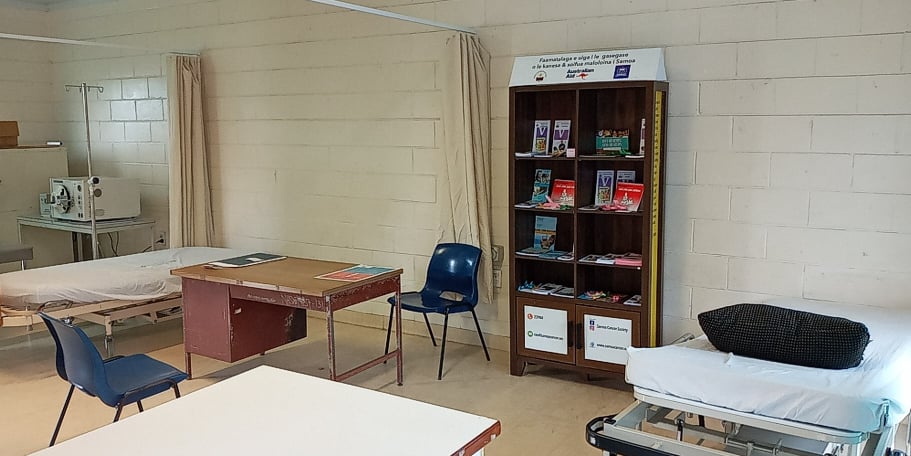 Last year a landmark study into cancer incidence across Samoa found case numbers have been rising between 2007 and 2016.

While some of the increase could be attributed to better reporting, the report highlights how obesity and tobacco and alcohol consumption each contribute to the increase in cancer.

Women, the study found, were the group most affected by the rising incidence of cancer is almost twice as much in females than males. Women currently account for 62 per cent of all cancer cases in the country, while men 32 per cent.

The study is the first to include data from the Overseas Medical Treatment Office and Samoa Cancer Society that hosts cancer registries in Samoa.

It calls for a national cancer registry that establishes clear lines of communication between pathologists and other sources of diagnostic information as a step toward improving cancer surveillance and research.

"This can provide basic but valuable information about cancer and other risk factors that overlap with other non-communicable diseases among Samoan people," the report says.

Currently there is no national cancer registry in Samoa, and the Cancer Society is still not completely connected to patients who report to the hospitals and are found to have cancer.

Su’a said without that registry, he suspects the number of cancer cases around Samoa is actually higher than reported, with many only being identified at the latest stages when their only treatment options are palliative care: making them as comfortable as possible before death.

A 2019 study into cancer management in Samoa predicts rates of death from cancer will increase if nothing radical is done to change systems around cancer identification, prevention and treatment.

“Assuming that no change in the overall cancer incidence occurs, demographic projections suggest that 84 per cent more cancer cases and 92 per cent more deaths will occur between 2018 and 2040,” the report said.

The report, published by Lancet Oncology on Tuesday, examined cancer control in small island nations, and was co-authored by medical professionals from across the region including three from Samoa.

Pacific Islands Forum (P.I.F) has appealed to Japan to hold off from discharging nuclear waste into the Pacific Ocean from the Fukushima power plant that was destroyed by a tsunami in 2011.