That is the view of former Member of Parliament and senior lawyer, Maiava Visekota Peteru, in a presentation on the final day of the Pacific Media Assistance Scheme election reporting workshop on Saturday.

Speaking on the issue of women in politics and the challenges women candidates face, Maiava said every time a woman puts her hand up to contest an election, hope increases for future women prospects.

She said she is optimistic that women will be able to enter Parliament without difficulty despite the numerous structural barriers currently in place.

The workshop was also a chance for journalists from both Government and private sector-owned media companies to be reminded of their role in a free and fair election in a democracy.

A presentation by the Apia-based UNESCO Office Director and Pacific States Representative Ms. Nisha, which led to breakout sessions between journalists and women candidates, enabled the workshop to discuss the definitions of representative democracy and the role that the media should play in promoting a free and fair election.

She acknowledged the difficulty in joining such a male-dominated setting and said she compares her village's council affairs to the "survival of the fittest." 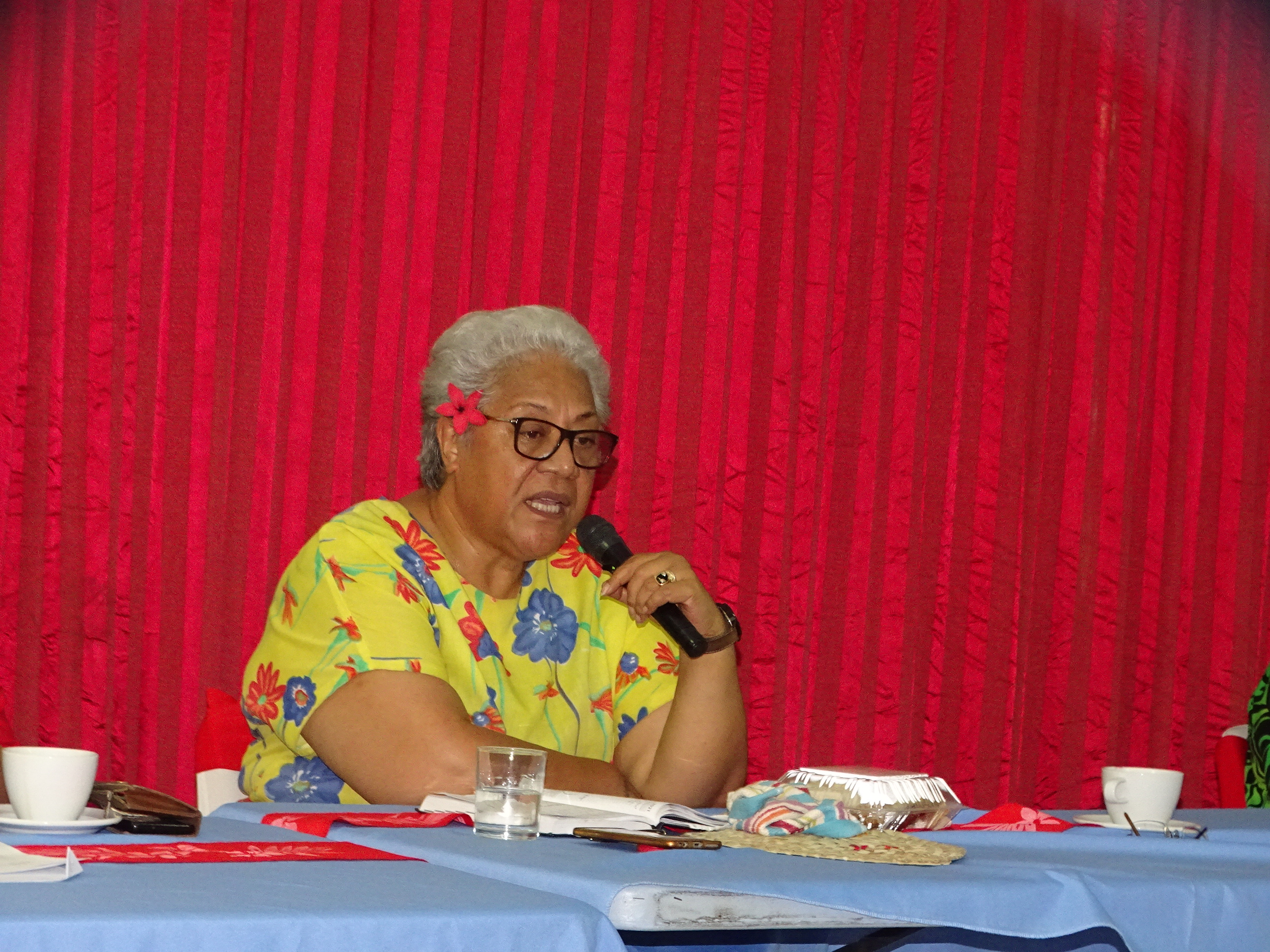 "This is where I was trained and I have shed many tears in this village council but I thank God that bravery and persistence remains for justice and honesty," said the Aana Alofi No.1 candidate.

It is not the first time for Fesolai to run for a seat in Parliament as she also contested the 2006 General Election.

Aspiring politician and Fa'atuatua i le Atua Samoa ua Tasi (F.A.S.T.) party candidate, Mulipola Anarosa Molio'o also shared her journey on how she has fared, while emphasising that it is both a blessing and a challenge so far.

Mulipola was the first woman candidate to be registered in the new political party.

"So everything I will be speaking on in the party, it will be the voice of my people and my district. And it was certainly not easy."

Mulipola also used the opportunity to put the media on the spot, saying she has not been satisfied with the media’s coverage thus far as the reportage did not reflect the views of the grassroots and the community.

Her concerns echoed the talking points of the Lotofaga Member, who said providing coverage on the involvement of women in the context of their villages and communities helps to balance the gender-issues reporting.

The February 26–27 workshop was also a chance for the writers to hear about the country's electoral processes, reporting guidelines, protocols of media access, election security and news-gathering during the election period.

The Vice President of the National Media Association of Samoa (J.A.W.S.), Toalepai Rula Vaai, extended her appreciation to the Australian High Commission and P.A.C.M.A.S. through its local representative, Autagavaia Tipi Autagavaia for the chance given to journalists to upgrade their skills in election reporting.