The tournament pools for the 33rd International Marist Sevens were drawn at the A.C.P. Marist Sports Club headquarters, Lotopa on Friday evening. The theme for this year's competition is ‘resilience in adversity.’

The pools are now set and ready for next week's kick-off.

The draw for the women's competition was drawn too. In Pool A, we have Tepatasi, Marist Angels, and Aiga Tau Jaws.

For Pool B, we have Apia Maroons, Puataunofo, and No Idea.

Despite the state of emergency and border closures, Marist St Joseph’s Sports Club Samoa decided to carry on with hosting the popular annual event.

“The theme for this year resonates with the Marist Sports Club. We have continuously remained standing despite all the challenges that we have encountered,” said Tournament Director, Taupau Alex Mikaele.

There has been a series of events that have occurred over the past few years that have led the Marist Sports Club to cancel their annual Sports Season.

“The 2018 cyclone Gita a week prior the 2nd Sports Season, the measles epidemic in late 2019, and the subsequent state of Emergency for Covid-19 in March 2020 were amongst the key events that the Sports Club collectively endured to bring its season to life,” Taupau explained.

He said Marist is gearing up for a strong comeback despite the many challenges.

“We continue to be committed to giving back to our people - the rich local talents that we have right before our eyes. Our drive is to create an environment of hope, happiness, and motivation despite the gloomy fears of the global pandemic.”

A notable milestone for the Marist Sevens in 2020 was delivering on a promise and initiative for inclusiveness and equal opportunities. 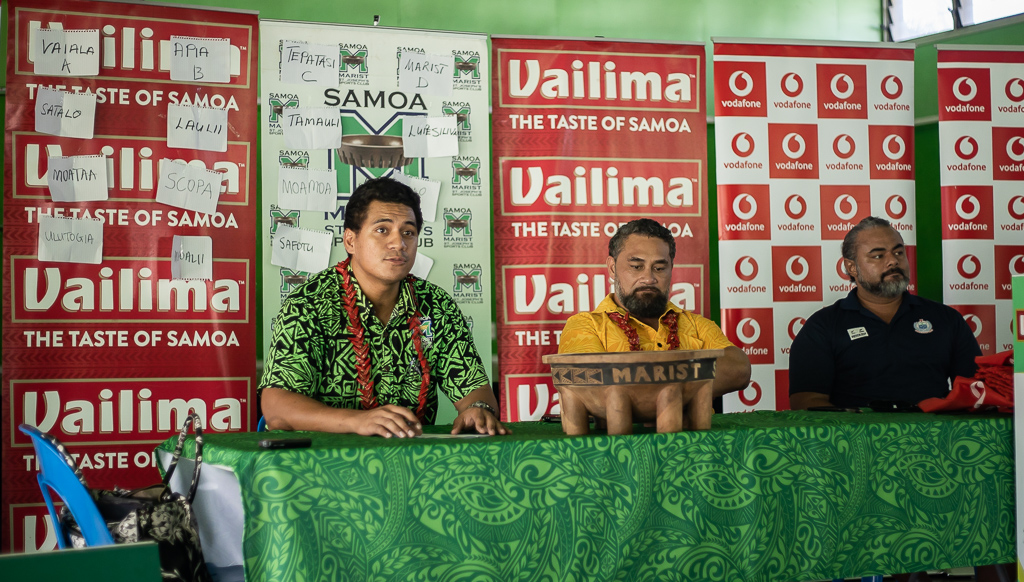 “For the first time in the history of Marist Sevens, the Deaf Rugby team was given an opportunity for an exhibition match during the finals," said Taupau.

"These players were supported by Marist during their campaign at the Oceania Sevens that won the Silver Medal in Fiji in December 2019.

“All were afforded the same logistics during the Sevens tournament and a special parade was held in honor of our Deaf Rugby Team. Today, these players have integrated into Rugby Clubs for Faleata Rugby Union, including Marist."

According to the Tournament Director, the Marist International Sports Season continues to be the premier and benchmark of sports tournaments in Samoa and this has been made evident through the many teams that have come through their gates.

“The Club has received a strong reputation and brand image within the local and regional scene, from delivering quality competitions of international standards through the various sport codes,” Taupau said.

“Marist is also proud to welcome back on board Netball as one of the sports for the 5th season joining 7s, Touch, League, and Boxing. The event will be staged across the year from February to June 2021."