Three close friends, a retired preacher’s wife and two educators, have combined their writing skills and knowledge of Samoan cuisine and select foreign countries to bring us a new  bilingual title: God’s Cuisine For Balance.

Co-author Gatoloaifaana Tili Afamasaga, 73, said the project was spearheaded by Tamasailau Sagaga Simanu, her very close friend and retired preacher’s wife who is currently based in New Zealand.

Ms Simanu initiated the book and invited Gatoloaifaana and Ruby Hicks Va’a, both retired educators who have taught at the university level, to contribute.

All three women were born and raised in Samoa.

“She is the main author of the book. Ruby and I only contributed a chapter each. She is one with the full conceptual idea of the book,” Gatoloaifaana said of Ms. Simanu. 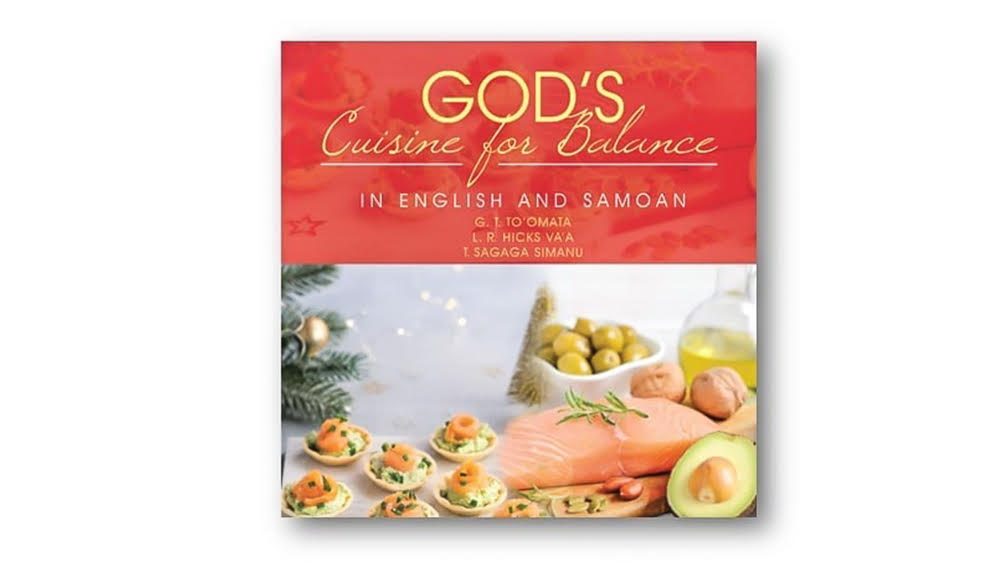 “I just have one chapter in [the book]. The book is called God’s Cuisine For Balance. So Sailau came to me and said I would like you to contribute a chapter to this book using the experiences of your childhood and experiences in the different cuisines overseas.”

The retired N.U.S. educator has been to China twice and India three times for work but she was doubtful she could the cuisines justice.

“So I wrote a chapter. In my chapter, I focus on Chinese and Indian...that’s my chapter so I tried to put that into some kind of spiritual message to fit the title of the book. Ruby did the same thing but her chapter is on local cuisine or Samoan cuisine.”

The women have been friends for “years and years” she said.

“It’s about food and ties into spiritualism because it is more than a physical type of thing. Those are the themes we have tried to cover and someone thought it was worth publishing,” Gatoloaifaana explained.

“This has been more of a retirement activity but it was more because Sailau wanted to do this. It was really all her idea. If there is any credit, the credit is due to her not Ruby or I. We have one chapter each but Sailau has four or five chapters in the book.”

She is excited about the book and looks forward its upcoming launch in New Zealand.