Six pule of Savai'i should have seats: Former M.P.

Former M.P. Va'ai Papu Vailupe has appealed to the Fa'atuatua i le Atua Samoa ua Tasi party chairman to review the Electoral Act if his party gets into government, specifically in relation to the division of electoral boundaries and constituencies in Samoa.

The former opposition M.P. is of the view that this matter should be a priority for the F.A.S.T. party, should they be voted in to lead the country after the April 9 election.

Va'ai was the first to take the floor during a consultation between the party and the constituency of Vaisigano No.1. on Tuesday, where he suggested that each of the six Pule (traditional authority) in Savai'i should have their own seats in Parliament. 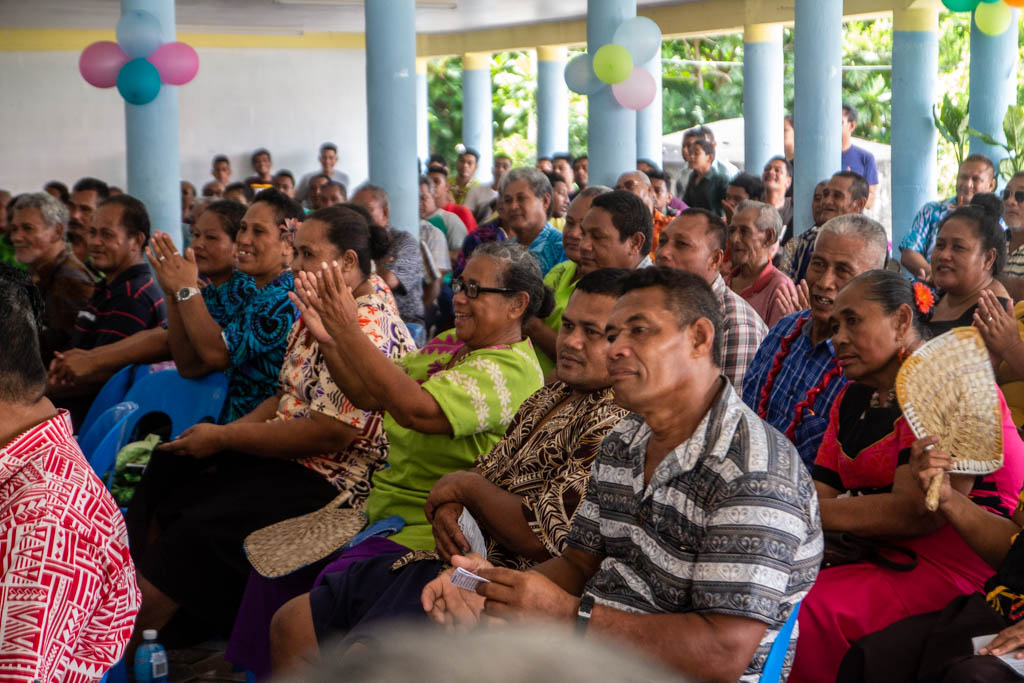 "It's something you should consider carefully and look at when you are elected to lead the country in the next parliamentary term," Va'ai told the Chairman and members of the F.A.S.T. party. 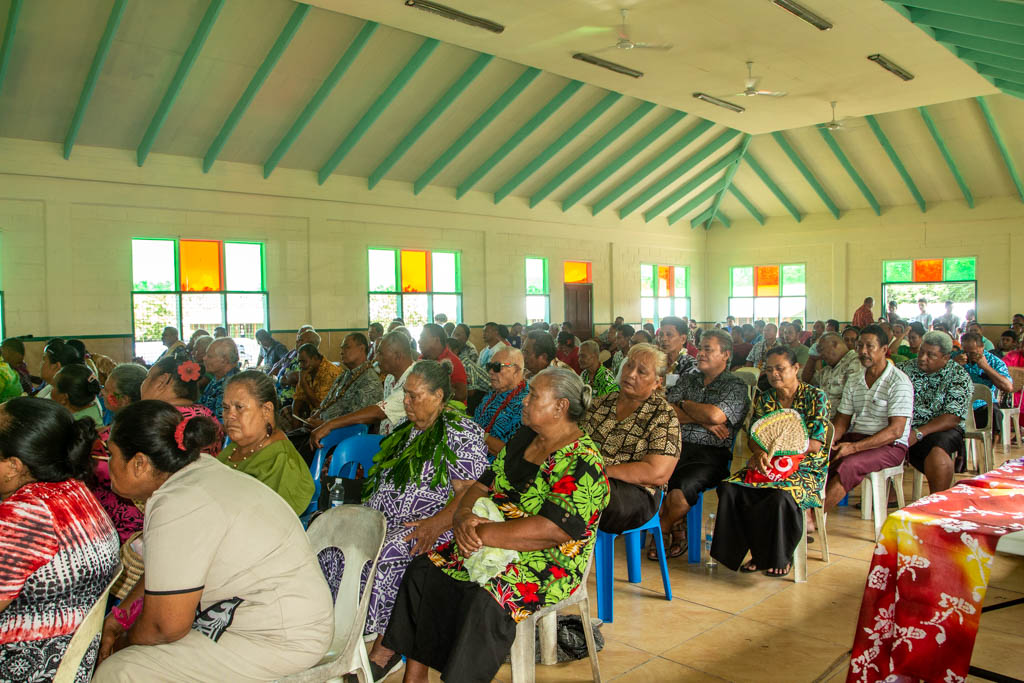 "But I believe you should review the electoral boundaries and the division of electoral constituencies so that each pule should have its own seat in Parliament.

"If you give us your word that you will make this your mission, you will no doubt win our support and will definitely have our blessings in the upcoming election."

Va'ai was first elected to the Samoan Legislative Assembly in 1991 and was a former Minister of Justice between 1998 and 2001. He also served as a Minister of Agriculture and is also a founding member of the Tautua Samoa Party and is son of former Prime Minister of Samoa, Va'ai Kolone. 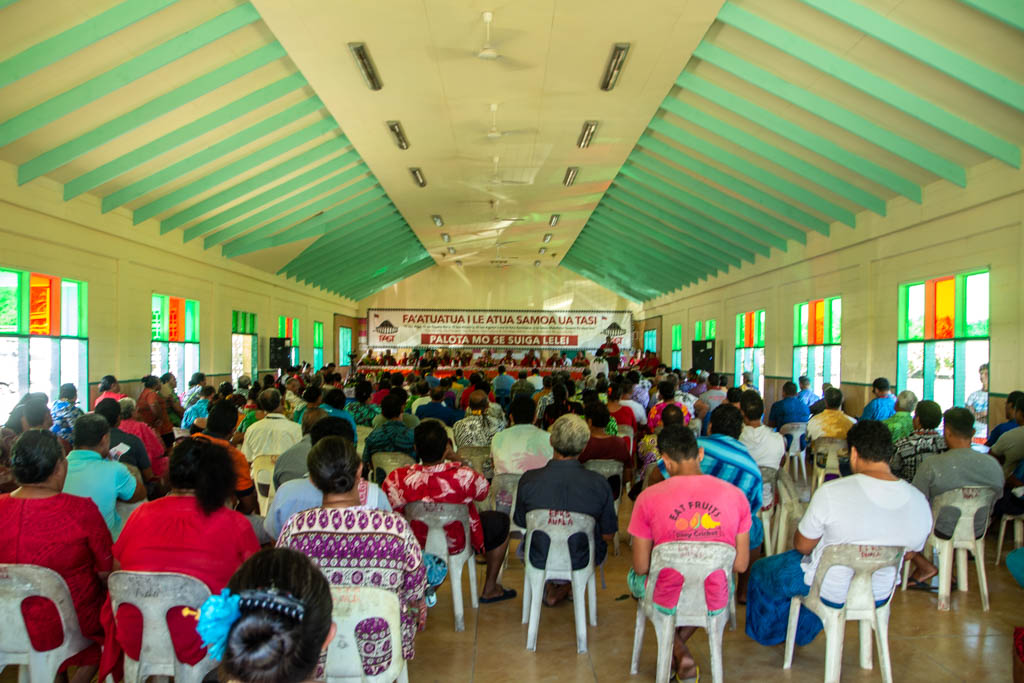 In response, F.A.S.T. party chairman La'auli Leuatea Schmidt assured the former M.P. and the crowd at Vaisala that his party will return Saleaula's seat and make sure that each "Pule" will have their own seats in Parliament.

"If you give us your trust, and blessings to lead our country, we will deliver this promise and make sure that we restore Samoa's traditions and cultural divisions to how it was in the beginning.

"We will work hard to restore dignity back into Samoa's parliament and make sure that the divisions of electoral boundaries will reflect our Samoan culture, traditions and beliefs." 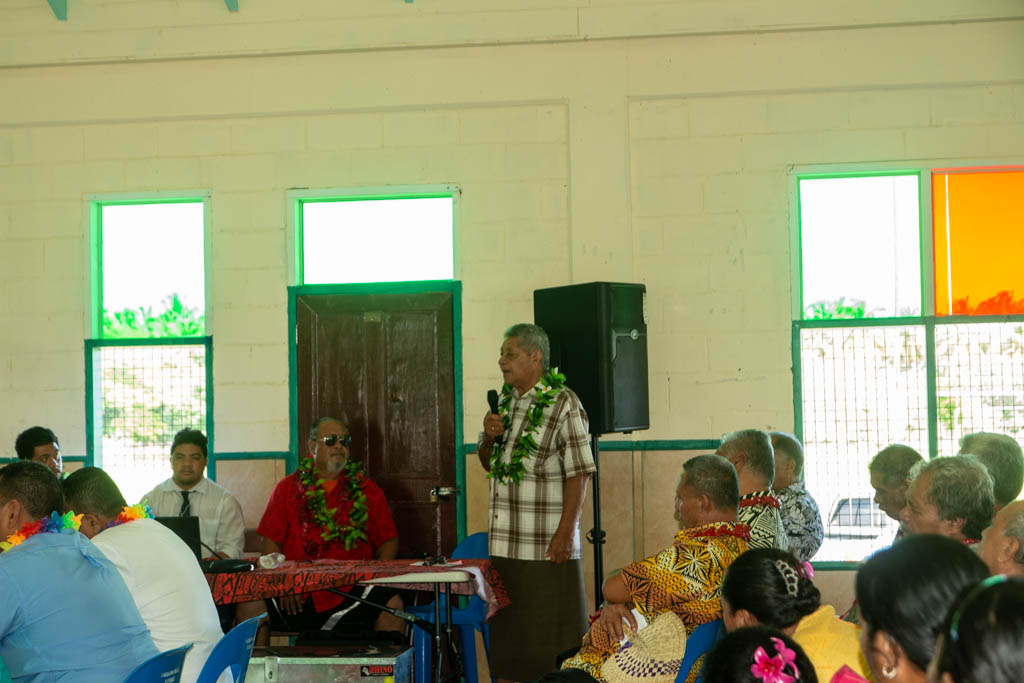 La'auli replied “both” to the question, but Amituana'i was not satisfied, putting his question directly to La'auli.

"I want to know if you put our people first before land or the other way around."

This time around the F.A.S.T. party’s Chairman responded that their top priority is the people of the country.

Satisfied with La'auli's response, Amituana'i then expressed his frustration over the passing of the controversial Land and Titles (L.T.C.) bills.

"I was not here when the Parliamentary Committee came to meet with our constituency," Amituana'i said. "The villages threw up their hands in support of the new changes proposed by the three bills, which was very disappointing.

“I say this because I feel sorry for my children and grandchildren.

"That is why I asked you (La'auli) whether the land is more important than our people in your heart.

“But I am very content with your answer because I know that if you become the leader of this country, you will lead the country with love in your heart for our people.

"I can rest assured that if F.A.S.T. gets elected, you will destroy these changes and make sure that our children and grandchildren will not suffer the consequences of those bills [Acts]."

Another Matai, Tufuga Siaosi, who is also the village mayor for Asau, took the floor and asked the leader of F.A.S.T. party to add a few developments for Vaisigano No.1. on their agenda, should they win in the upcoming election.

"The district Hospital that we use needs a lot of improvements. We need better facilities and more resources to cater for all the people living around this area.

"We don't have enough beds and equipment. We also don't have a specific doctor here to look after this hospital.

“But that is something we really need, because we would have to go all the way to Tuasivi to see a doctor."

The other developments suggested by Tufuga was the airport and wharf at Asau.

"We keep hearing about these developments, yet we don't know when and what will happen next. But we are placing our trust in you (F.A.S.T.) to deliver all those promises when you guys are at the helm."