Sevens training not a hindrance to weightlifting: Tuaopepe

The joint training sessions that the SWA Samoa Weightlifting team are holding with the Manu Samoa 7s team is not an obstacle to the weightlifting team’s preparations as they prepare for the final of the regional tournament OWF Online competition.

The President of the Samoa Weightlifting Federation, Tuaopepe Jerry Asiata Wallwork, told the Samoa Observer that they are happy to assist the players in the blue jersey and the weightlifters preparations are not getting disrupted.

"We are happy to assist and support our National sevens team. I believe wrestling and weightlifting have a lot to offer in helping our 7s team become stronger and more explosive,” he said. 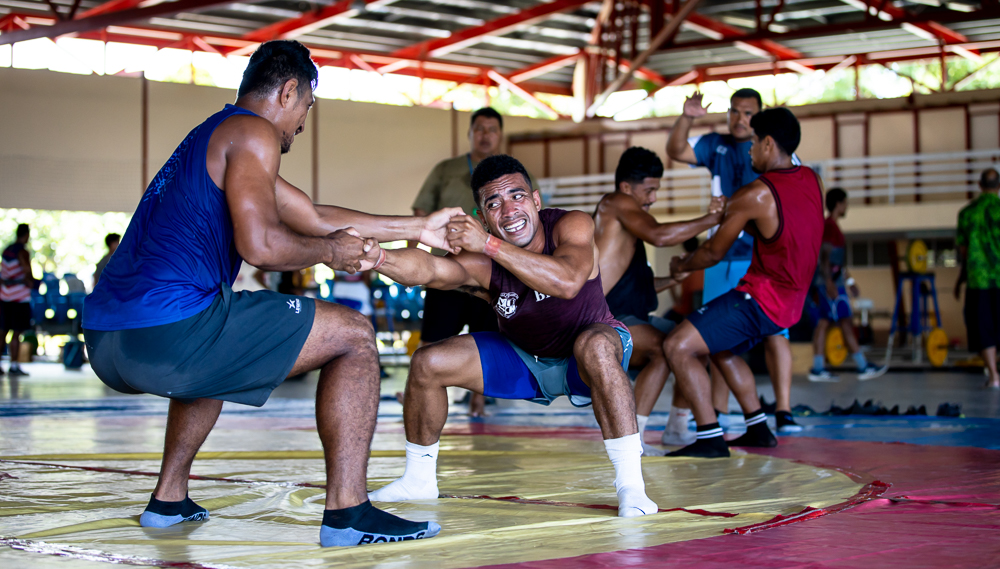 “It is not interfering with our normal preparations. It is a good thing for our lifters to assist other sports.”

The SWA Weightlifting has two lifters who have  qualified for the Tokyo Olympics in Don Opeloge and Nevo Ioane with Tuaopepe indicating that he is working closely with the lifters to produce great players at a high level of recognized performance.

"The finals for the online challenge league is this Friday. We are looking forward to it. The team has been training very hard. And they are striving to produce personal bests and a high level recognized performance.” 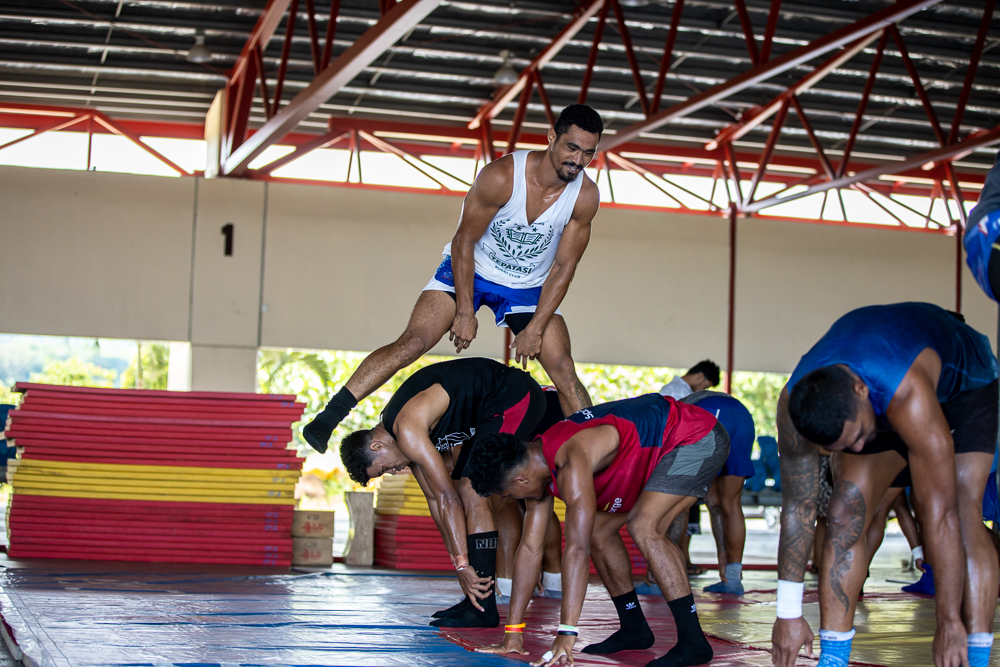 Last month during their meet with Nauru, a statement released by the OWF League stated that Samoa's performance was superb. 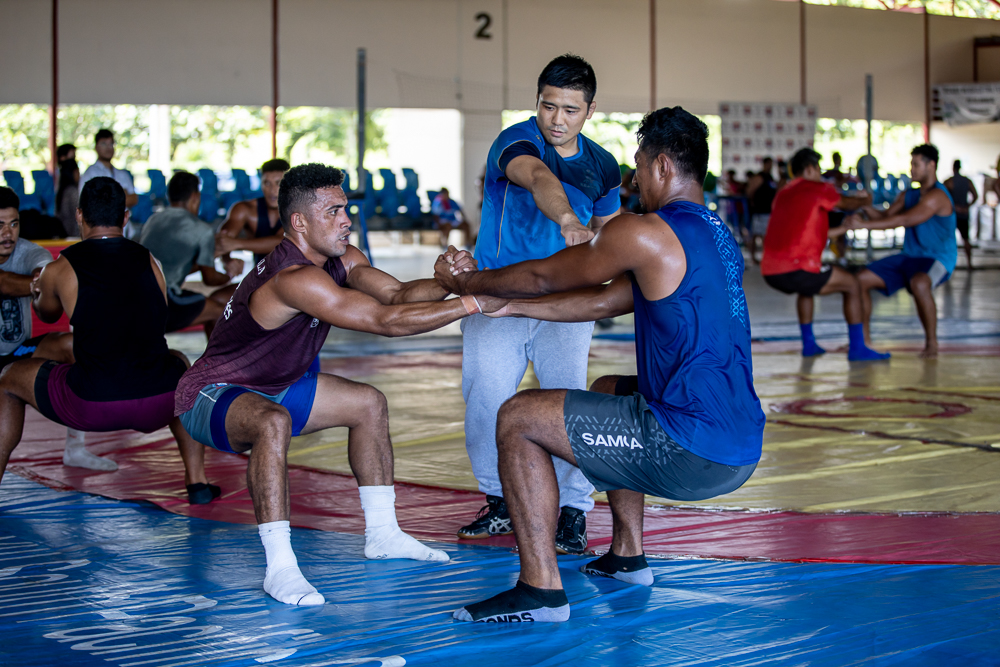 Their last encounter will be this Friday against Pacific 2. Regardless of whether Samoa wins or loses they will still be called the overall champions of the OWF Online competition due to their superior scores.

Meanwhile, young wrestler Willie Alofipo says he is very excited about his training session with the Manu Samoa 7s squad, as it helps him have extra training and enables him to think about the direction he is taking.

"It helps me make extra training sessions for the day for me because we usually do two training a day but it's good to get the fitness in,” he said. “They are the national team like they represent Samoa worldwide.

“And I get an opportunity to train alongside them to test out my ability and so for them to keep up with me or keep up with them it shows that I'm heading towards the elite level and that's where I want to reach. 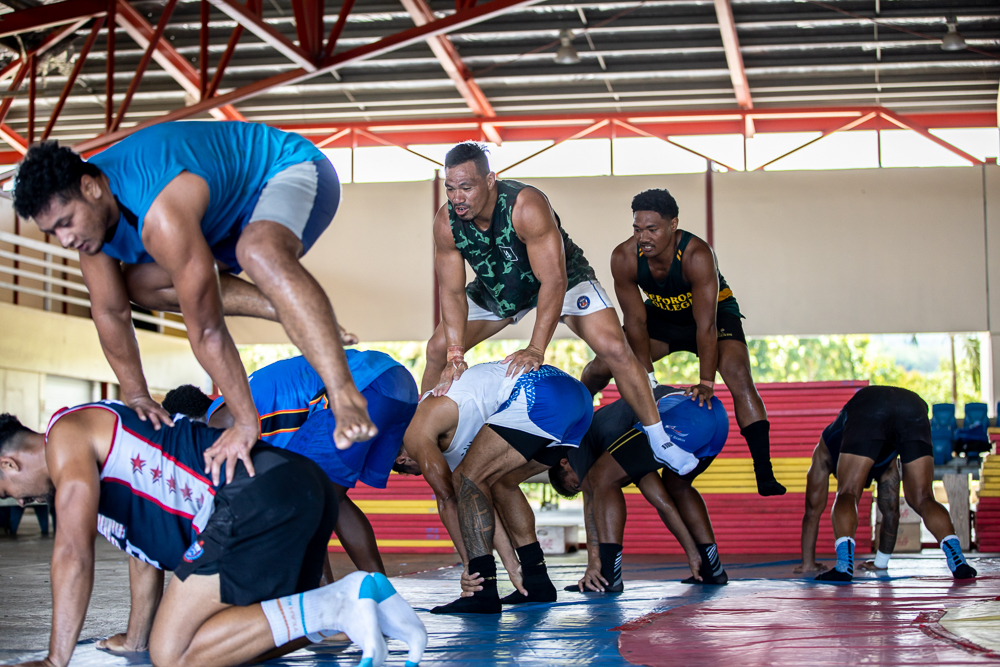 In terms of the challenges when he trains together with them, he says he does not have any struggles with the boys as they are a great bunch of players and he has recognised some familiar faces in the squad whom he had played with when he was at the Marist Sports Club rugby team.

"I find nothing that is challenging in terms of relationship-wise, they are all good and I love building relationships with them. Some of them I used to play alongside them in rugby for Marist, but yeah no challenges at all," he said.

Mr Alofipo believes that they lack physicality as they may seem fit when running but once they are in contact with their opponents they will wear out.

"I think it's the physicality, because I know they are super fit, like right now for me, running-wise I can't keep up with them or maybe I can barely but when they come to this, they get tired easily. So I think they need it, I think that's why they came because they need that physical strength like what wrestlers have," he added.

"We have many things to offer for them especially with our coach Gaku Akasawa, I think character because here we value character.

“Also, in our training session, we always try to push ourselves because it builds up the character and also does tackle techniques, and also just the strength in general when you're around the ruck area, we can cope with anything."

Alofipo’s background is in rugby league as he played in a team back in Australia where he resides, and he says that the similarities of the training for the two sports are the grounding.

"The similarities in the training session are the grounding, because you've got to be very strong on the ground, and you got to be able to get up on your feet as quickly as possible. I think the ground game is very crucial," he added.