Y.S.P members and students who are part of the Just After School Martial Arts and Homework (J.A.S.M.A.H) Programme were at the cleanup project on Saturday. (Photo: Vaitogi A. Matafeo)

Members of youth-focused organisation Youth and Students for Peace Samoa descended on the Apia's beachfront on Saturday to clean the beach.

Close to 15 students cleaned the Black Sand beach in front of the Sheraton Samoa Aggie Grey's Hotel & Bungalows in what they called their first “peace project” for this year.

Y.S.P. Samoa President Yongkwon Suafa told the Samoa Observer on Sunday that the clean-up project was their organisation's first one this year. 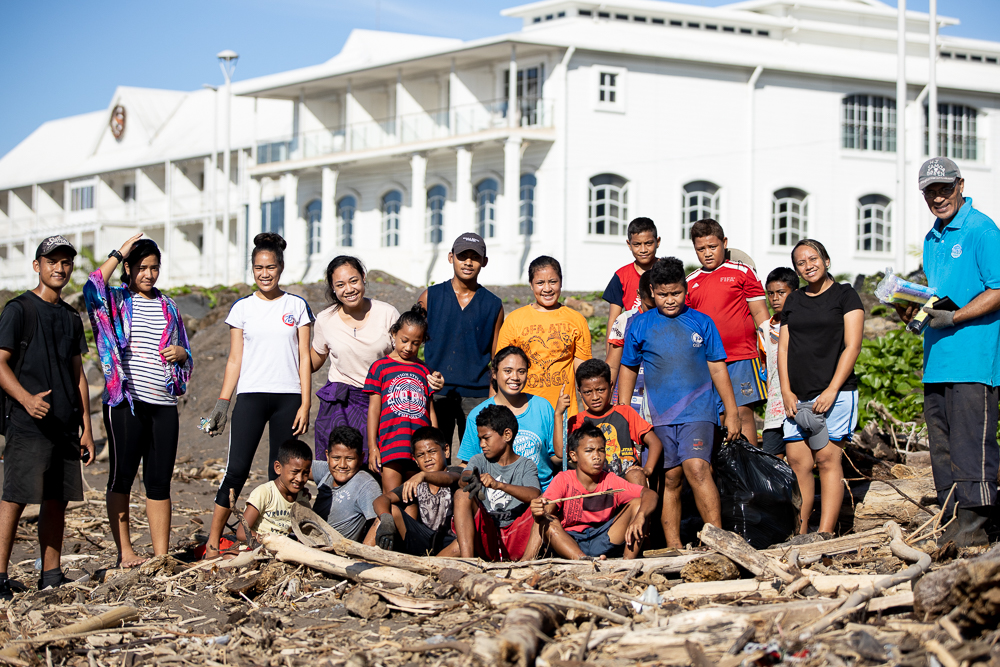 "Yesterday's project was what we call a service or a peace project and it was our first for 2021 under Y.S.P," Mr. Suafa said.

He said the main focus of the peace project is to involve villages or the youth in looking after the community and the environment.

Most of the organisation’s activities are connected to the United Nations’ Sustainable Development Goals and the cleanathon last Saturday is related to the S.D.G. 15 (life on land) and S.D.G. 11 (sustainable cities and communities). 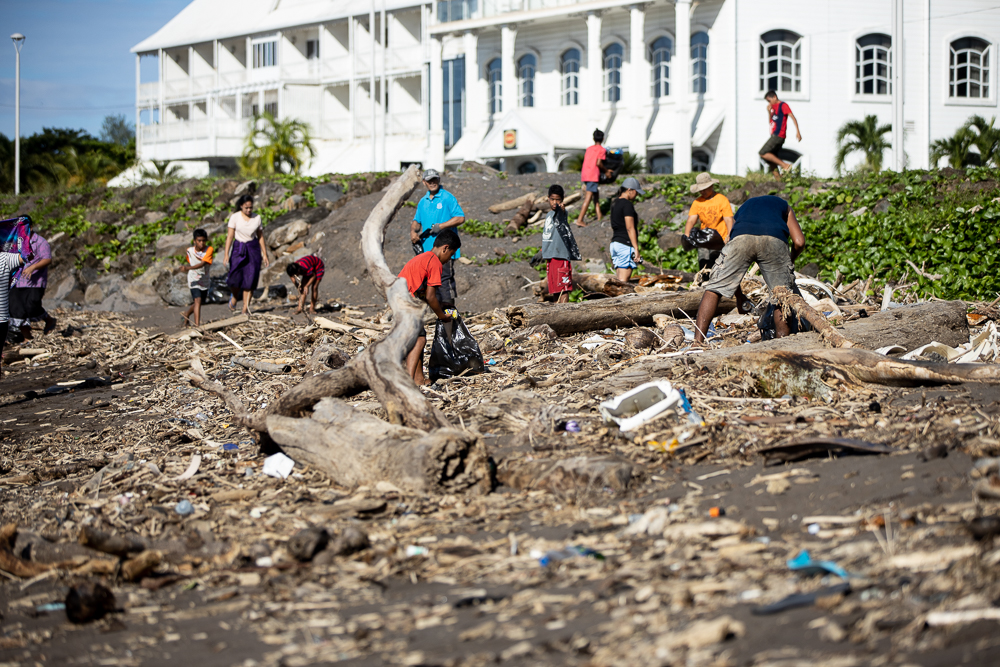 The project will continue at the end of this month as only half of the beach was cleared of debris and organic waste last Saturday.

The state of the beach at that time didn’t go down well with Mr Suafa, who said he was shocked to see the amount of rubbish collected, which saw them cover only half of the beach. 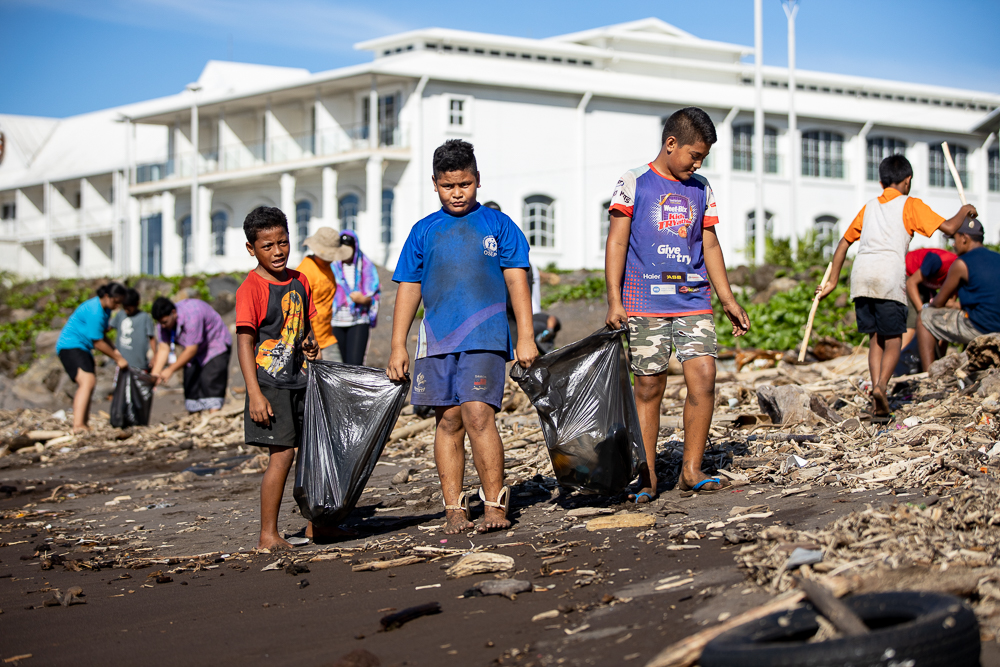 He said the amount of rubbish collected at the beach shows the need for change, especially for areas within the heart of Apia.

The blatant discarding of rubbish also points to the state that the country is in and highlights the need for the youth to step up and take their chance to bring change. 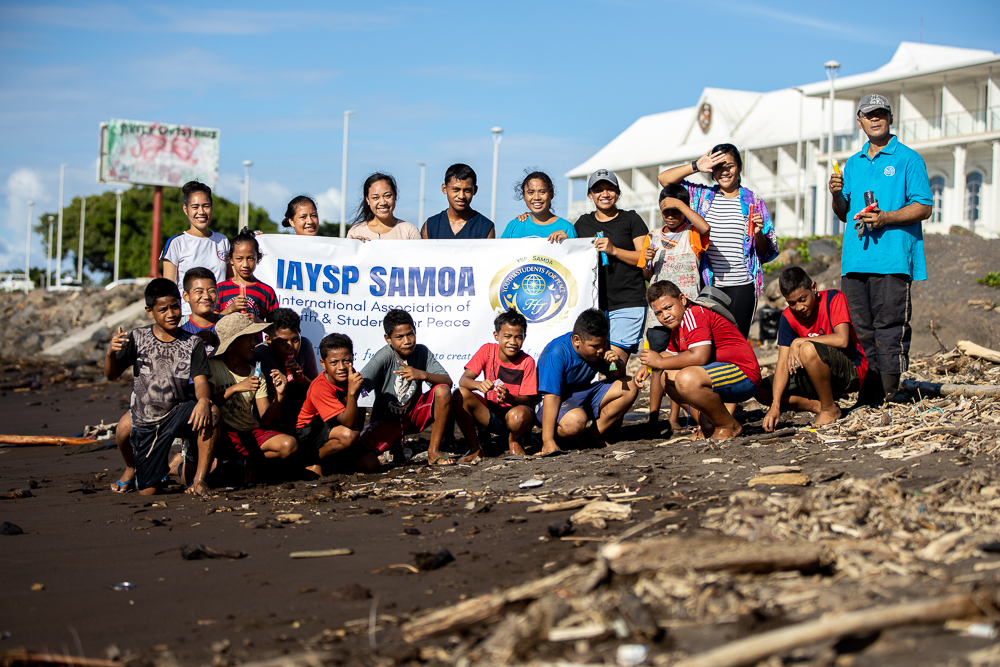 For a clean-up project, such as the one that they organised last Saturday, Mr Suafa said it is important to consider the small things in life, such as the habits that one can pick up which can depend on how a child is raised by the family.

In the Y.S.P. movement, he said the saying “peace begins with me” epitomises their goal to get young people to recognise that the little things youth do can impact their future.