The Spring Festival can help Samoans understand Chinese culture and traditions according to the Director of the Confucius Institute at the National University of Samoa (N.U.S).

The Spring Festival - also referred to as the Lunar New Year or Chinese New Year - is a festival to celebrate the start of a new year on the traditional Chinese calendar.

Dr. Tony Liang who is the Director of the Confucius Institute at N.U.S told the Samoa Observer on Saturday that the Spring Festival was the most important festival in China.

"People are reunited with family, and feast to celebrate. It is the most important traditional festival in China," he said.

According to Dr. Liang, the Spring Festival celebrations is one way for the people of Samoa to understand the Chinese culture.

"The Spring Festival celebration in Samoa is an opportunity for people to know better about Chinese peoples' lifestyles and traditional values and traditions. It helps Samoans and Chinese understand each others' cultures," he said.

He said he believes it will enhance people-to-people friendships and bilateral exchanges.

Dr. Liang stated that ever since the Confucius Institute was established at the National University of Samoa (N.U.S) in 2018, the Festival  has been celebrated every year except 2020. 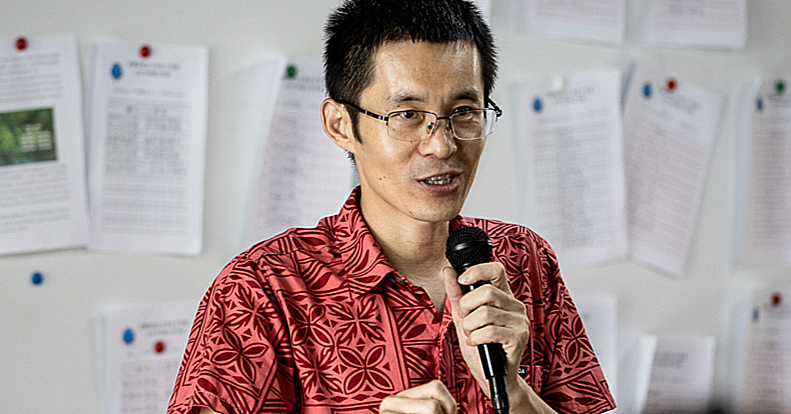 "Since [Confucius Institute] N.U.S established in [September] 2018, we celebrate [Spring Festival] every year except 2020 due to COVID-19," he said.

"Hundreds of local residents attended the celebrations hosted by the [Confucius Institute National University of Samoa] and know about [Spring Festival] culture and customs."

When asked if the festival is commonly celebrated in Samoa due to the number of Chinese nationals living in Samoa, he said yes.

He explained that all the Chinese in Samoa celebrate Spring Festival in some way as they usually get together to feast on delicacies such as Jiaozi (dumplings) and fish, and give best wishes to each other.

"I saw that [Samoa Tourism Authority] offers best wishes for the Chinese New Year on their FB page. I think it is one of the many examples of Samoan-Chinese friendships. And a number of my Samoan friends have sent festive regards to me," he said.

Dr. Tony gave his sincere thanks to S.T.A and all of his Samoan friends for their well wishes and kind regards for the new year.

This year, the Chinese New Year was marked on 12 February, ushering in the Year of the Ox.