Fa'atuatua i le Atua Samoa ua Tasi (F.A.S.T.) party policies including creating a new centre for business in Savai'i have resonated with voters on the big island during a week of heavy campaigning.

The party's roadshow in Savai'i began on Tuesday.

Its first stop was at Samalaeulu where hundreds of voters for Gagaemauga No.1. crowded the Congregational Christian Church of Samoa (C.C.C.S.) Hall at Samalaeulu seeking to hear the political party's long term plans for Samoa.

Among the party's platform are policies that include putting an end to controversial Land and Title Court (L.T.C.) and stopping the taxing of church ministers.

F.A.S.T. says they will also develop a township at Salelologa as a centre for business in Savai'i and reduce the cost of inter-island travel fares from $12 to $10 for adults and from $6 to $5 for children. 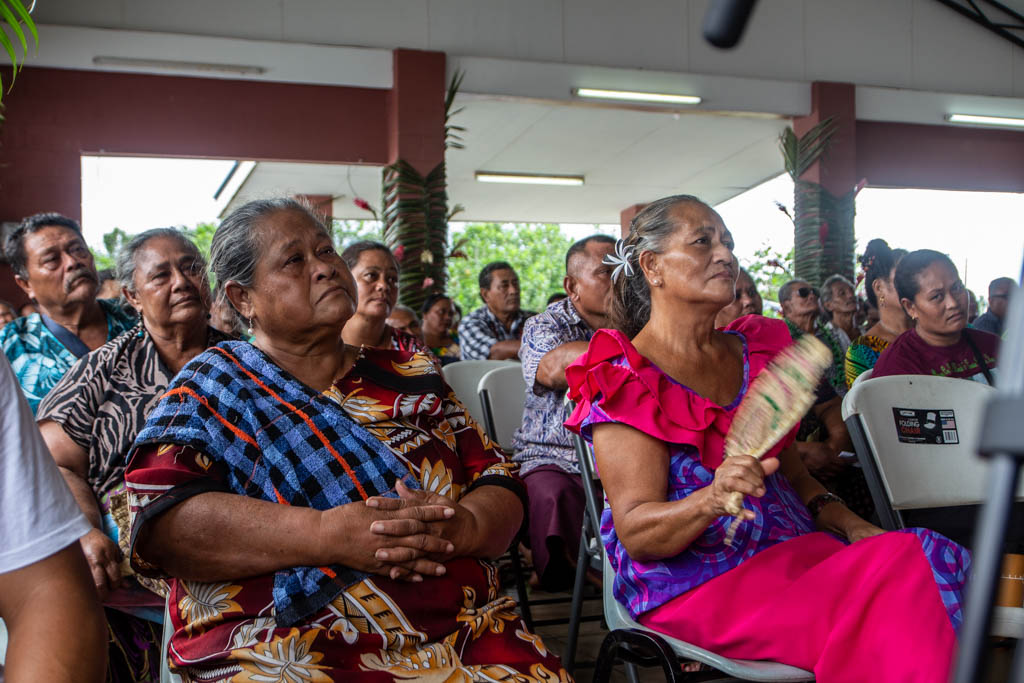 The party also resolved to launch an inquiry into last year's measles epidemic and the handling of COVID-19 funding from overseas.

Finally, the party also vowed to return the seat of Saleaula that was lost because of changes made to the Electoral Act

Taken broadly, La'auli's vow was to deliver on a promise made by former Prime Minister, the Late Tofilau Eti Alesana: "What's good for Upolu is also good for Savaii." 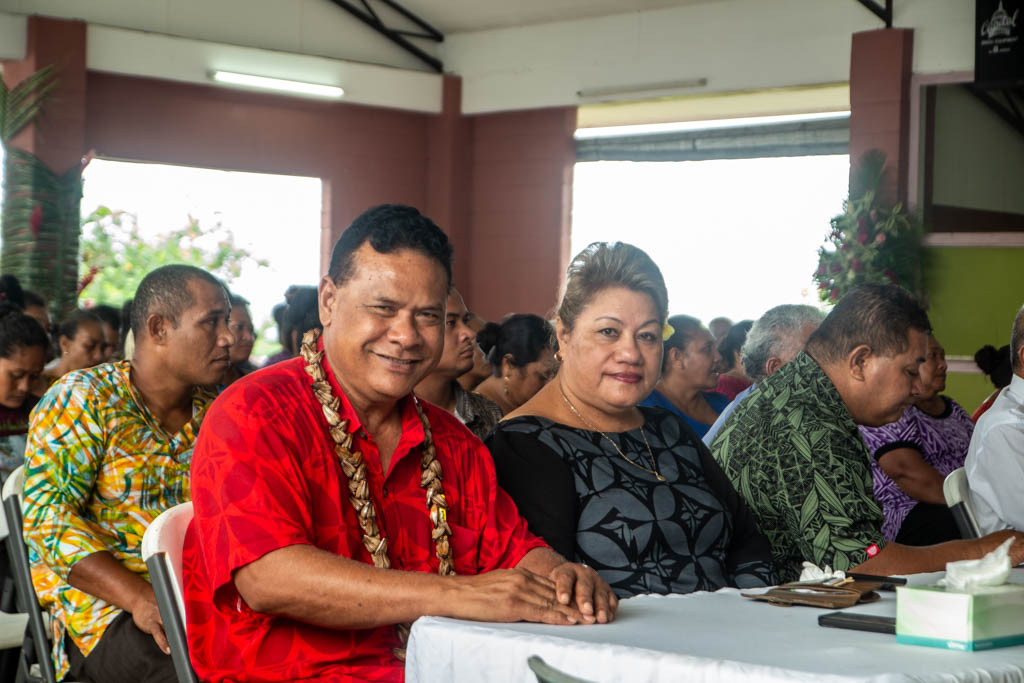 La'auli made a promise to the people of Savai'i that the party is not preparing to serve as an opposition party but rather to form a Government.

A senior matai from Saleaula, Alofipo Lui Alofipo commended La'auli and members of the party for being "bold and courageous."

He also praised the decision of the former Deputy Prime Minister, to walk away from the ruling Human Rights Protection Party (H.R.P.P.). 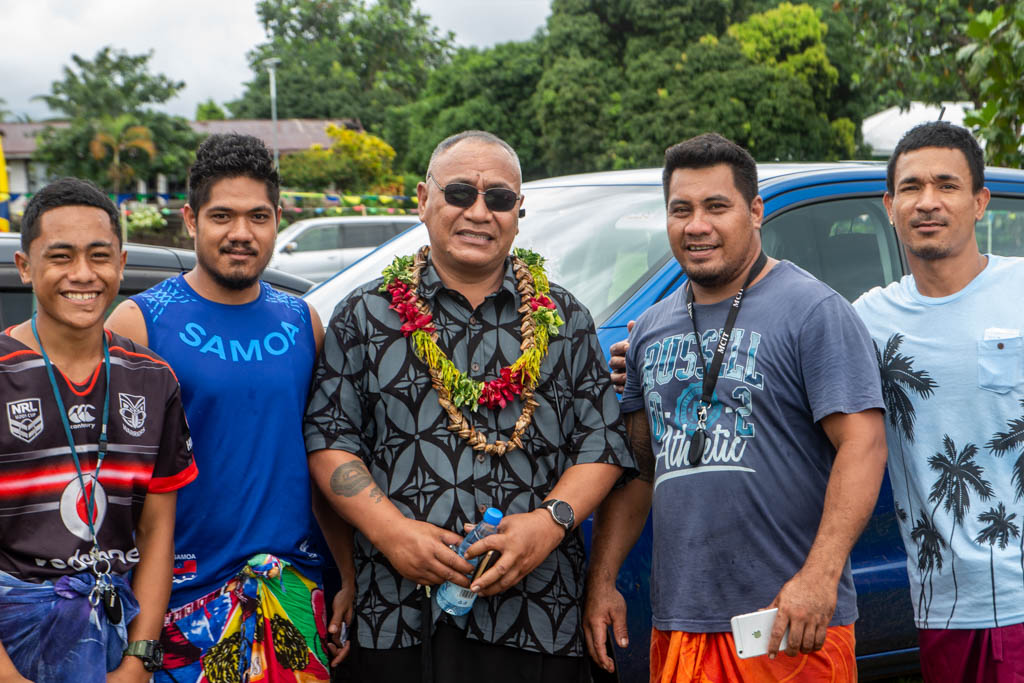 "We need leaders who are not scared to do the right thing," Alofipo said.

"We don't need people who just sit there and say yes, scared to put up a fight. Therefore, I commend you all for standing up for what's right."

La'auli's efforts in Parliament arguing for the return of the Saleaula seat resonated with the voters of Gagaemauga No.1.

The new division of the electoral boundaries has fused Saleaula with the villages of Mauga, Samalaeulu, and Patamea under the umbrella of the Gagaemauga No.1 division. 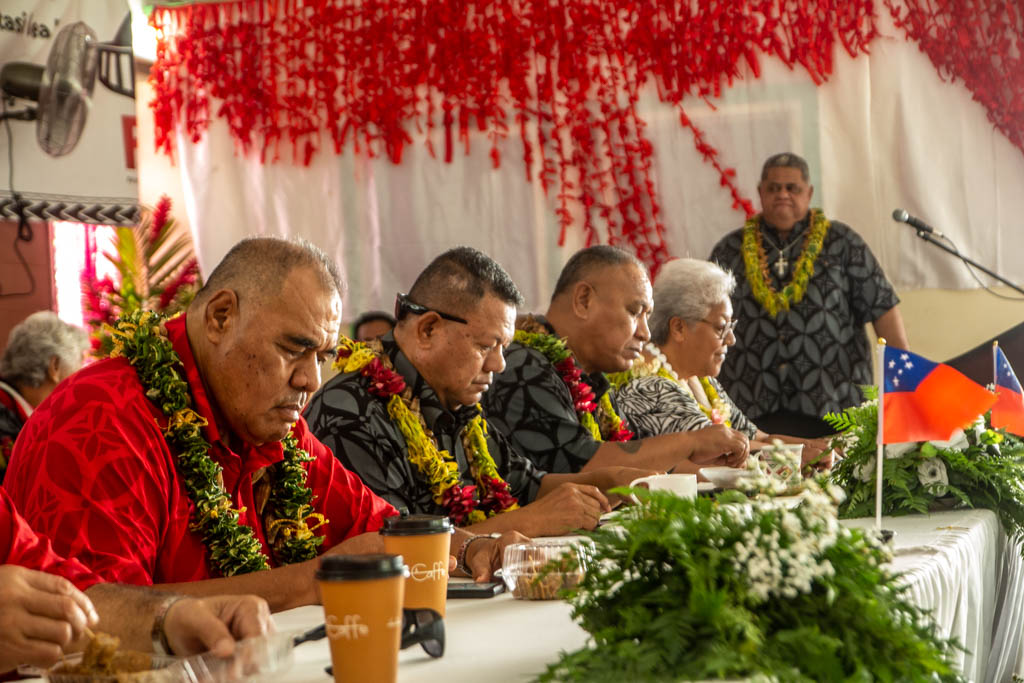 "We are all aware of how you (La'auli) tried so hard to make sure Saleaula does not lose its seat. However, you were outnumbered," Alofipo added.

Similarly supportive sentiments were expressed at a roadshow for Gagaifomauga No.2. voters at the C.C.C.S. hall at Matavai on Wednesday.

Soli Perite from Faletagaloa said he was happy to finally listen to the long-term plans by the party for the country.

"They have great plans for the prosperity of this country," Soli said.

"The leader has been through a lot this parliamentary term and we congratulate him for his bravery.

"What I do know is that this election is going to be exciting and I hope people will be smart when they vote. It's time for a change."

Another matai, Faleupolu Fa'asiu from Safune, was thrilled to finally have the chance to listen to the party's manifesto.

"I agree with most of the issues they are focusing on because it's for the benefit of this country.

"I am happy that they have big hearts and are willing to do great things for our country, especially for this island. We hope them all the best with the upcoming election and we will continue to pray for a peaceful and safe election for our country.

"May God choose the right leaders to carry us through for the next five years."

F.A.S.T. will now move to Gagaifomauga No.1. on Thursday, stopping at Safotu, before continuing onto Fa'asaleleaga No.4.