Associate Professor, Tuiloma Susana Taua’a of the N.U.S. Department of Social Sciences in the Faculty of Arts with some of the children who participated in the research. (Photo: Vaitogi A. Matafeo)

The findings of a research study that examined childhood experiences in New Zealand and Samoa was launched last Friday at the National University of Samoa campus.

The outcomes of the research – which was conducted to better understand the lived experiences of Pacific children in New Zealand’s Dunedin region and the Samoan capital Apia – feature in a report titled “Childhood in a changing Pacific”.

The research was done by a team comprising academics from the N.U.S. and the University of Otago in New Zealand.

The launching of the research report at the N.U.S. Campus was also attended by the children who participated. 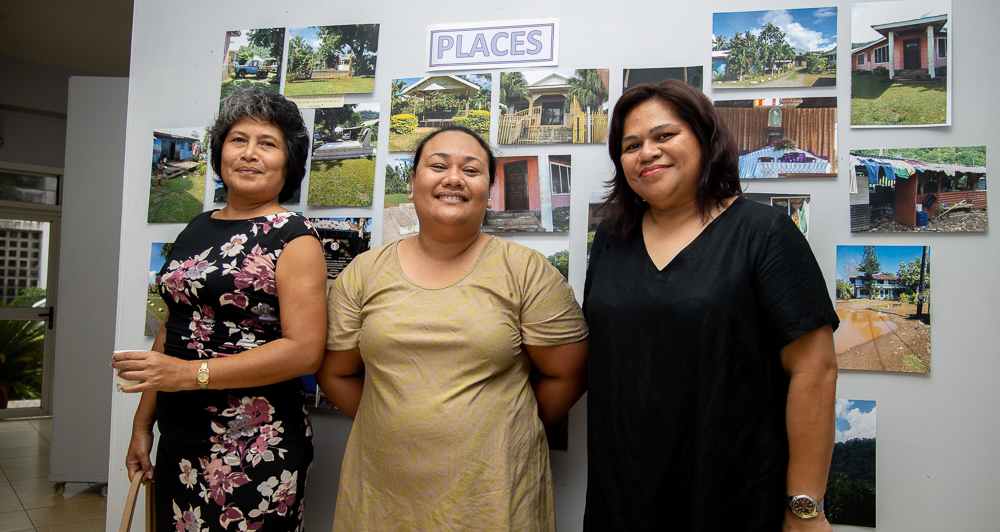 The Pacific diaspora with populations moving from outer islands to the main island, from rural to urban areas as well as from the Islands to Pacific Rim countries such as New Zealand and Australia is an increasingly significant part of the children’s lives.

The researchers wanted to examine the effects of these migrations and associated changes on their families, communities and their sense of belonging, identity and how they see their future going forward.

“Pacific children’s voices have been little heard and seldom researched so it was important that this research gave children the opportunity to explain their lives from their perspective,” reads the report.

Following the official unveiling of the report last Friday, N.U.S. President and Vice Chancellor, Professor Alec Ekeroma told the Samoa Observer that this kind of research builds the capacity of local researchers.

“Whenever there’s a research being done, it builds the knowledge being done and the skills of those who do the research,” he said.

Funding for the research came from the University of Otago, according to the N.U.S. Vice Chancellor.

One of the research report’s authors, Dr. Niusulu, emphasised that one of the significance of the report is that not many people research children.

“And give children the opportunity to speak about their lives and what is important to them,” she said while adding that they found out that a lot of time children were ignored.

“We tend to talk to the youths, older people but rarely talk to children.”

The research team also decided to depart from the practice of gathering data and leaving – as was done by academics in previous years – without returning to reveal their research findings. 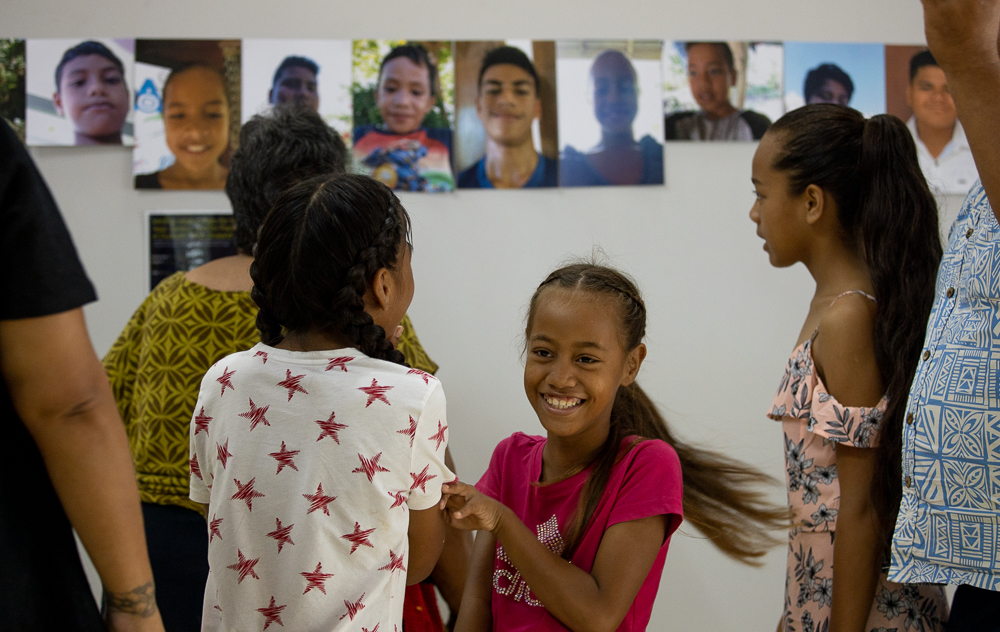 “Do not forget where the knowledge comes from and always put your participants' interest in your work and that’s why we have only invited children.”

The study’s sample population were children aged between 6-14 from with the researchers working with 36 in Dunedin and 35 in Apia. The Dunedin children were recruited through churches and included children from different Pacific communities, mainly Tongan and Samoan.

In Apia the children were recruited through extended families, a church and an urban village.

The participating children drew a map of their neighbourhood, answered interview questions about their families, communities and their future as well as used iPads to take photos of things that mattered to them.

Some of the key results of the research showed that children are generally positive about their families communities and future.

“Family provides an important base for futures that often lie outside their current city and can be in a different country,” states the report’s findings. “Any planning for the future for Pacific children needs to recognize their strong family ties, their large extended family links that includes transnational links.

“Most importantly, children should be included in the process of planning for their future.”

Dr. Niusulu also acknowledged the University of Otago for funding the research.