Vaiala claimed the first leg of the Taula Apia Rugby 7s tournament on Saturday when it beat Laulii Lions 10–5.

The team scored in the last two minutes of the first half when Malo Luteru scored on the right side of the post for the first try of the match.

However, an unsuccessful conversion left the score at 5–0 in favour of Vaiala which remained unchanged at half time. 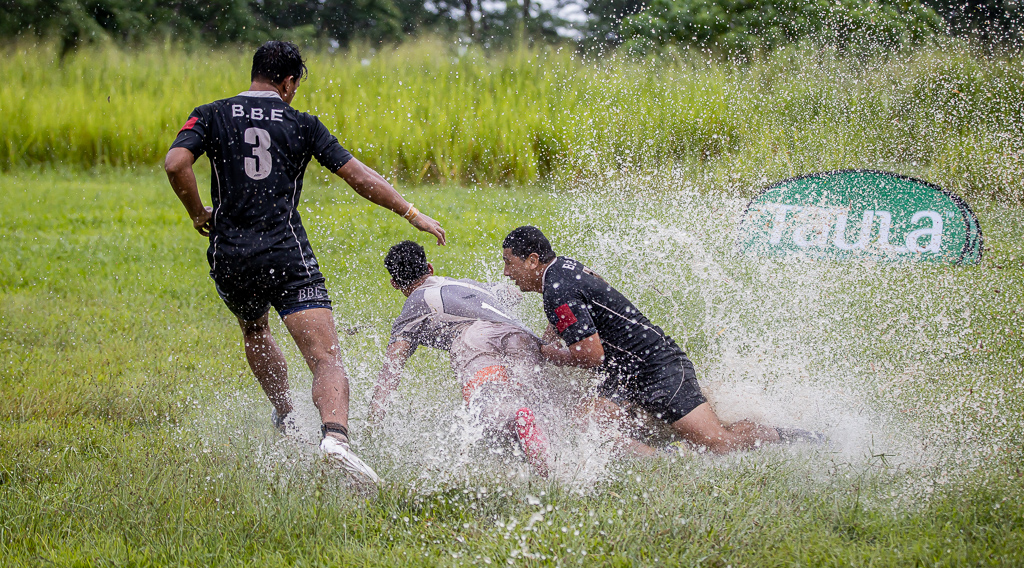 In the second half, Laulii Lions stuck to their game plan, which saw Ati Junior Ati score at the far right side of the post.

However, the team’s first-five was unable to add the additional two points, leaving both teams 5–5 as the second half progressed to full-time.

However, in order to settle on a winner of the tournament’s first leg the game went into extra time. The Laulii Lions kicked off to restart the extra time. 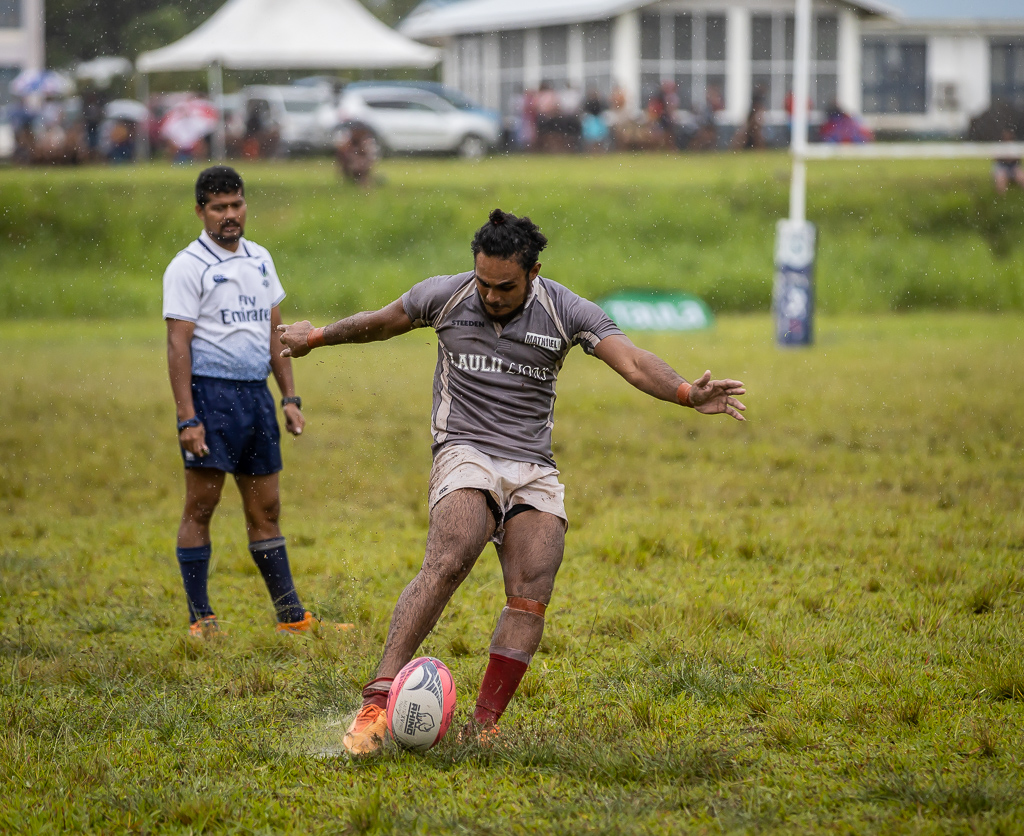 Vaiala, upon getting the ball, continued with their passes to apply pressure to the ruck and regained possession.

The team maintained possession and continued to move their forward, until their half-back threw a long pass to their players on the far left, which enabled the player to score a try on the left side of the tryline to go up 10–5.

The Laulii team featured some players who were selected into the Manu Samoa 7s and 15s squad and included Bright Tapeneko, Gordon Langkilde and Neueli Leutufia. 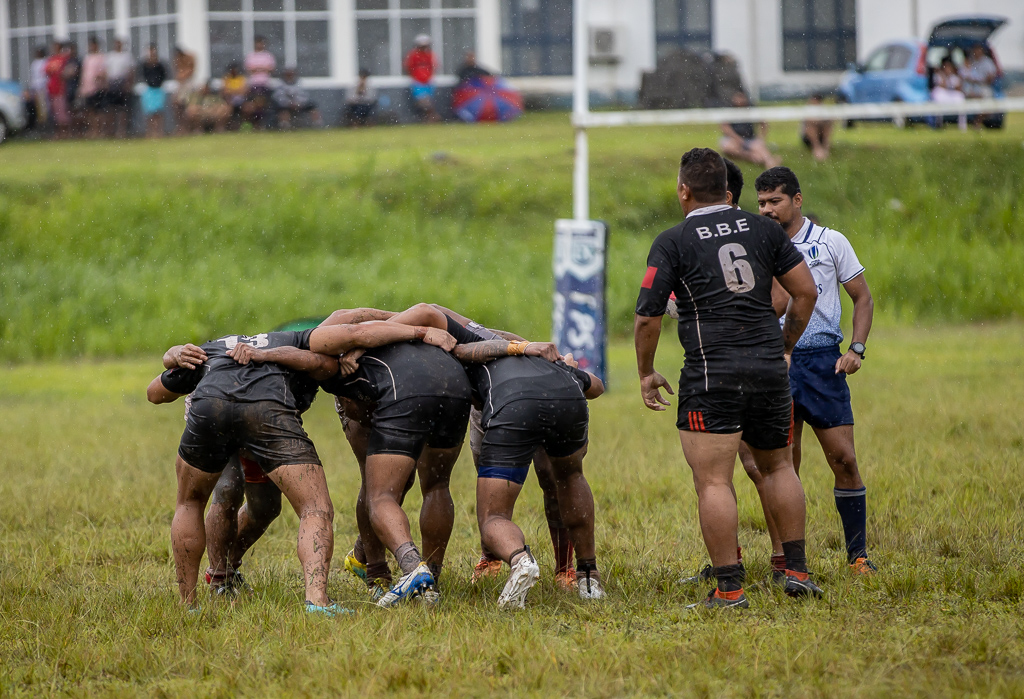 While Vaiala featured former Manu Samoa sevens players Paul Perez, Patrick Faapale, Alatasi Tupou as well as those who are in the academy and the Manu Samoa squad, such as David Tavita, Tipa Sapeti, Mark Tusigaigoa and try scorer Malo Luteru.

Despite the heavy downpour at Tuanaimato, it did not stop the Apia Rugby Union management from continuing with their opening fixture of their season. 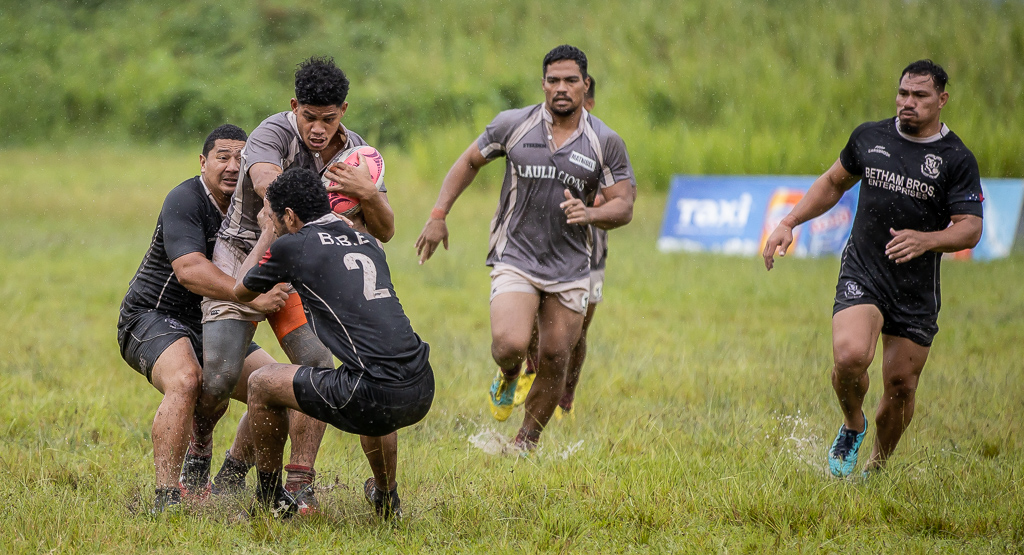 Attempts by Samoa Observer to get a comment from the winning team was unsuccessful as of press time.