A 27-year-old Fiji national officially launched her law career on Wednesday in Samoa after she was admitted to the bar in Samoa's Supreme Court.

It was a vacancy for a legal drafter at The Office of the Attorney General that drew the new attorney to begin her career in Samoa instead of her home country Fiji.

“There was a vacancy I saw online so I applied and the reason why I could apply as well for the bar is because I obtained my bachelor of laws from the University of the South Pacific, that made it easier,” Ms. Vukalokalo said.

The Vanua Levu resident is the eldest of five children. 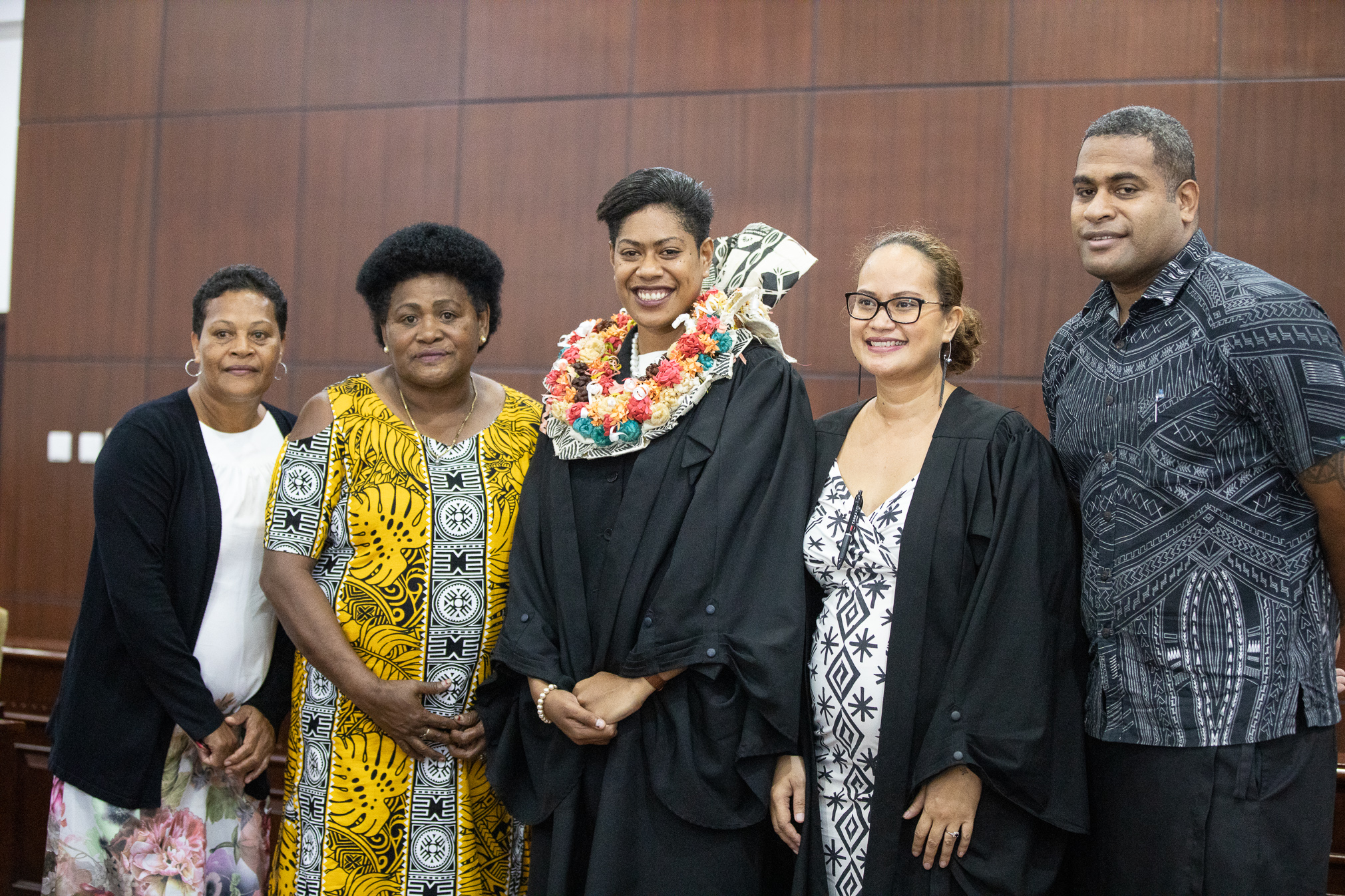 Ms. Vukalokalo attended Adi Cakobau School (A.C.S.), which is an all girls school, and spent six years studying law at two U.S.P. campuses where she spent two years at Laucala, Fiji and two years in Vanuatu.

On Sunday, 31 January, 2021, she marked one year since being admitted to the bar in Fiji.

“I made one year on Sunday,” she said.

With her admission to the Samoa Law Society, Ms. Vukalokalo is now licensed to practice in Samoa too.

But even with her admission to the bar in both Samoa and Fiji, her first very job is with the Attorney General's Office in Samoa as she has not practiced in Fiji.

“It is just that I am not a citizen, which is why I have been admitted to the temporary roll of legal practitioners, barristers and solicitors,” Ms. Vukalokalo said.

After 12 months, she will qualify to become a permanent member of the Samoa Law Society.

Ms. Vukalokalo arrived in Samoa in August of 2020 and took several months to get her work permit approved. 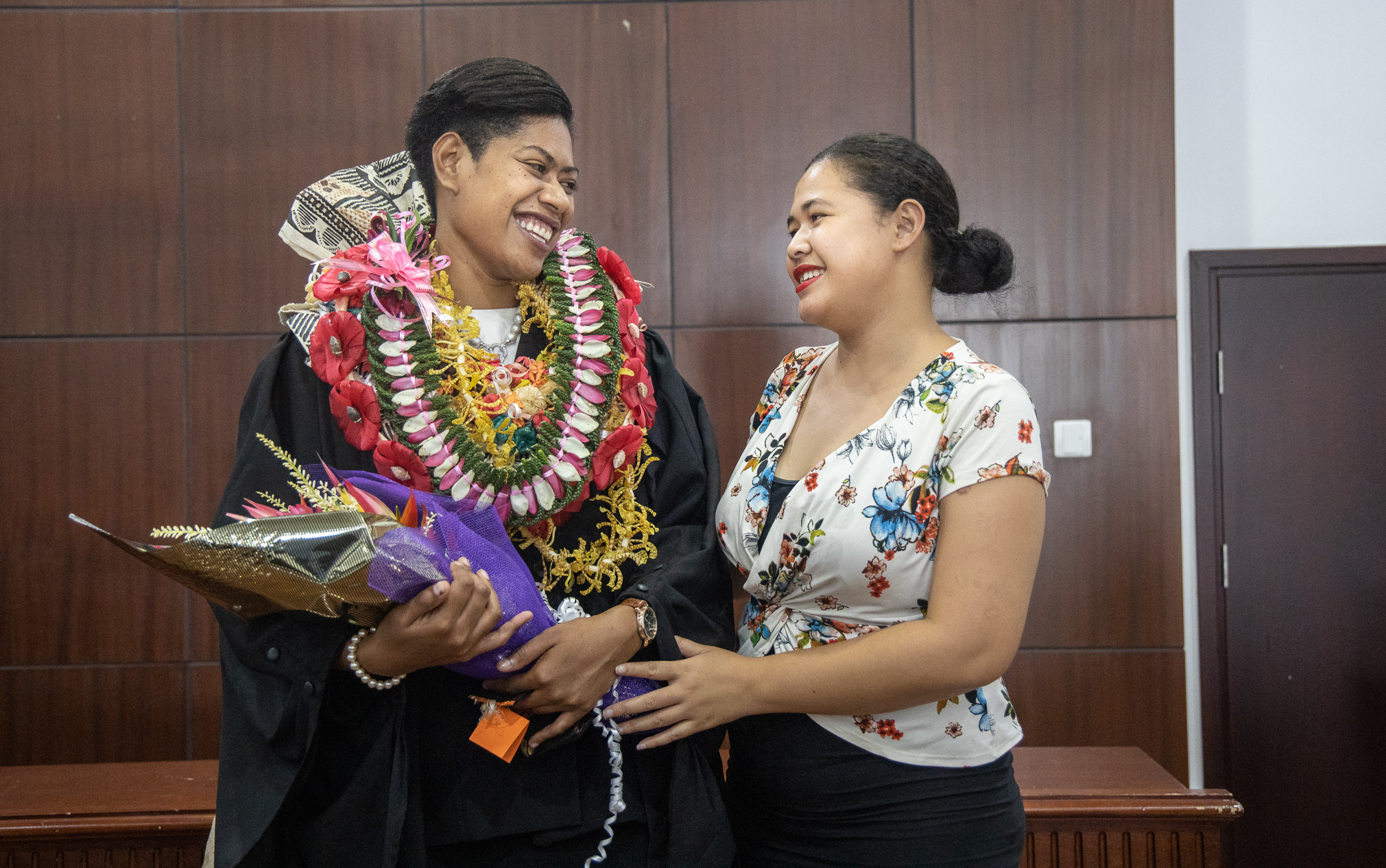 She started with the Attorney General's Office in October of 2020.

“Aside from the vacancy, it is also a good experience for me to also practice what I have learned at the U.S.P.,” Ms. Vukalokalo said.

She has signed a two-year contract with drafting division at the Attorney General's Office.

“The job opportunity, drafting laws – to qualify that is a privilege in itself. It's one of the reasons I came here from Fiji,” Ms. Vukalokalo said.

And she is loving Samoa.

“I love Samoa. I like the food. I love the people. I love the weather. I just love the atmosphere and the experiences that we are going through as a nation,” Ms. Vukalokalo added.

Several family members, an uncle and his wife, her aunt and Fiji’s official representative in Samoa were present for her admission to the bar.

“It is very different form Fiji in terms of the laws and the systems, the people have been very accommodating and assisting, that helps everything, it helps me to overcome the challenges,” Ms. Vukalokalo said. “The only barrier I have is just language but that it does not mean that it’s impossible for me.

"[My goal is] to uphold the law and to also for the people and make sure that justice prevails."