Leadership comes naturally for Samoan Bella Milo, who is plying her trade as rugby coach for a diverse group of players based out of Hong Kong.

Milo, a former Captain of Manusina, spoke to the Samoa Observer on her journey as a player and coach and how her upbringing prepared her for her biggest role yet.

"Being Samoan and the way we were brought up, has definitely helped me with my coaching," she said.

"Here in Hong Kong, we have a multi-cultural mix of players from all around the world from England, Scotland, Canada, the USA, New Zealand, and our local Chinese players.

"Everyone is different; they learn differently and I think being Samoan or the way I was brought up to serve, to be humble, to speak if you need to, to listen, these are all teachings I’ve learned from mum and dad and the way they carry themselves within the family and the church family. So for me, it's easy to bring a group together to share and to learn from each other,

A shoulder injury as a teenager became the catalyst for what would eventually become her future career." 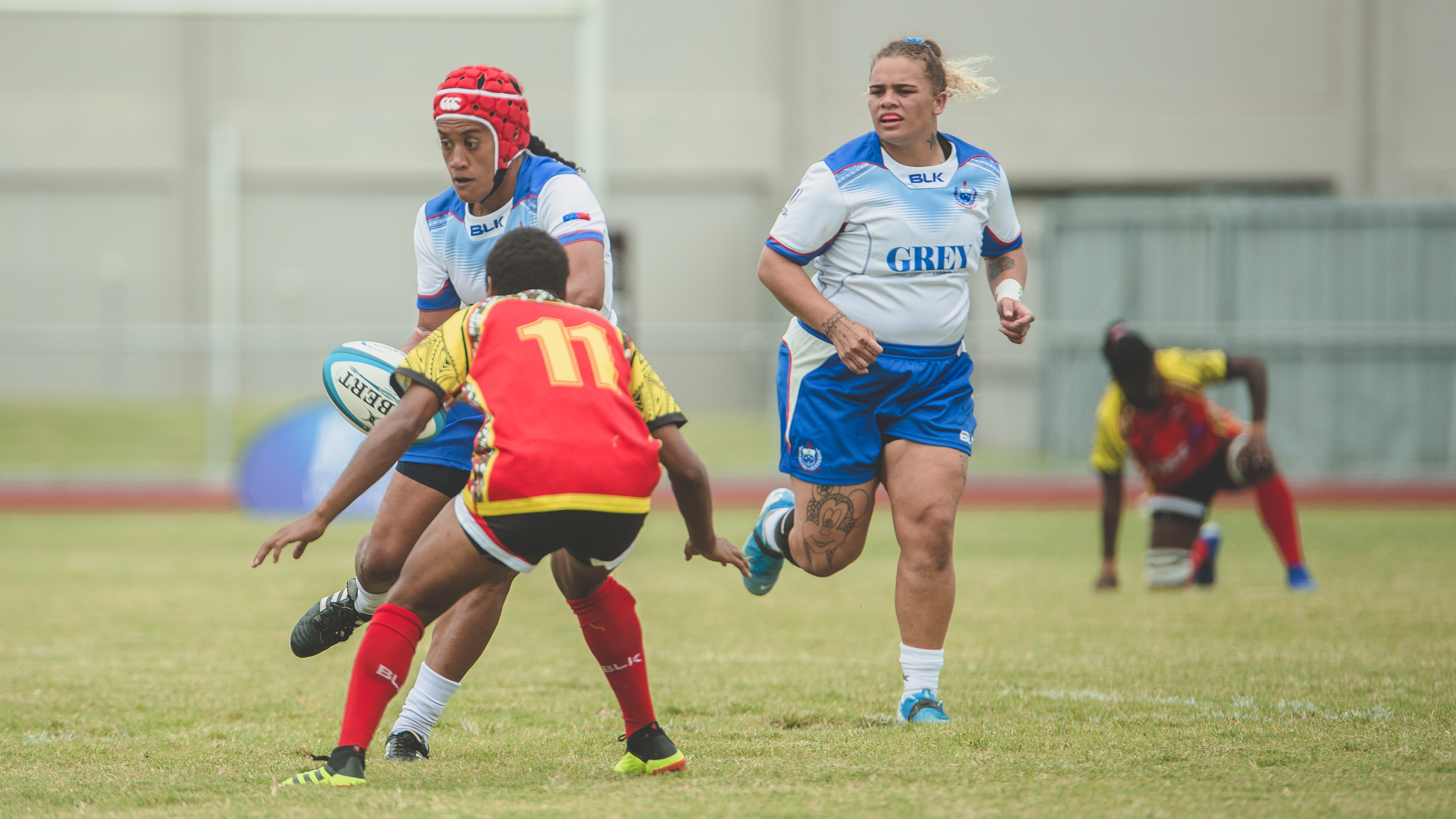 "I have coached since I was 16/17years old. Growing up I played Touch Rugby in the summer and Rugby in the winter.

"I had an ACL injury [and] I was out for 9-12months [but] I didn’t want to miss the sport so I asked to help out with the coaching. This is where my coaching journey began. That season I coached [Touch]."

"A few years later I, unfortunately, needed a shoulder reconstruction which put me out for the Rugby season, so I decided then to take up a coaching role with Auckland Marist, which was another learning opportunity for me," she said.

"After the 2014 France World Cup, an opportunity came up to move to Hong Kong and play rugby, I took it with both hands.

"I came over [to Hong Kong], played for Societe Generale Valley women’s team, found work and have not looked back since."

Societe Generale Valley is a sports club in Hong Kong that boasts rugby, netball and hockey divisions. The club's main goal is to supply developmental pathways for athletes to flourish and for people to enjoy team sports.

Milo went on to coach Valley U12 and U14s girls teams, before taking on the National Age grade U14s, U19s for Hong Kong in both XVs and VII’s.

"In 2016 I was asked if I was interested in coaching the Hong Kong women’s XV's backline. At that time I was also the Lead Strength and Conditioning coach for their team as well," she added.

Ms. Milo leaped at the opportunity to put her knowledge and experience to practice and it led a historical milestone for Hong Kong rugby.

"I took the opportunity with both hands, and this led me to be a part of history when Hong Kong qualified for their first-ever World Cup spot in Dublin, Ireland 2017.

On the heels of their qualifying success, Milo has found herself at the helm of her Valley Club's women's teams.

"Since 2018 I have taken up the Head Coach and player role with Valley Blacks Women’s team, and working together with our second team to develop our new and experienced players," she said.

Looking back to the local player pool in Samoa, Milo says there is an abundance of talent in Samoa and believes that continued development of grassroots games and further exposure to international levels of playing is needed.

"I’ve been fortunate to get back to Samoa for the Marist 7s, the tournament was awesome. There is a lot of talent back home as there always has been for many years now. I think it’s about continuing to build the grassroots rugby and competition in Samoa and then getting more exposure and more international games each year so players can gain that playing experience."

As a player and coach Ms. Milo said there have been many challenges along the way.

"Coming back from my knee injury was difficult.

"Learning to listen to my body, knowing when to stop, keeping up with the rehab but just wanting to play even though I probably wasn’t 100%.

"With the shoulder injury, I came back to playing a lot better. I think I had a better mindset to get myself right before playing," Milo said.

"As a coach for me, it is balancing my coaching and playing.

"I am still playing, and it's not an easy task so for me, it's about when [I'm] planning sessions and skills blocks it’s about what the team needs to do at training [and] not what I would like to do as a player.

As to a possible next step, Ms. Milo said she would relish the opportunity to coach a Samoan team and looks forward to having a chance to show her knowledge and skills and coach a local team in Samoa.

"I’d love to be back in Samoa coaching and giving back to the sport that’s given me many opportunities in life. If I can, [I'd like to] share what I have learned and the experiences I’ve gone through over the years in the hope of inspiring our female players back home.

"Its always been in the back of my mind to one day get back to Samoa to coach.

"We were in Samoa in 2019 with Auckland Samoa and I loved getting out there and coaching in the schools, it was an experience I will never forget and hope to do again soon," she added.