As Samoa goes through a period of bad weather including heavy rains and flooding, a couple living and working the land at Leusoalii remains fearful of the impact further heavy rain could have upon his plantation.

Speaking to the Samoa Observer, Aufaga Elekana said that as Samoa goes through its cyclone season; his main concern is strong winds, due to its impacts upon his plantation.

He lives with his wife and one of his children in a small shack surrounded by plantations and overlooking a view of the neighbouring highlands and the sea. 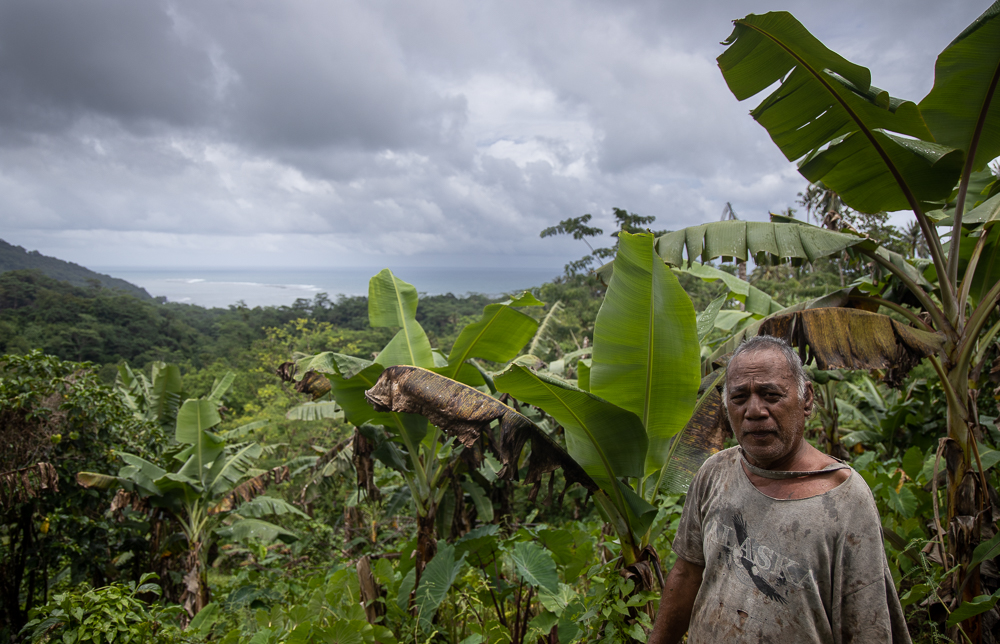 “While living uphill comes with a beautiful view, seclusion and peace, we do have concerns,” he added.

The father of seven told this newspaper that their family depends solely on their plantation for survival.

“From our past experiences, the previous cyclones have been our greatest fear; it is because our whole plantation from vegetables to talo, bananas is completely damaged from it.

“Despite the fear of such strong winds, we are still hopeful and remain strong in our faith to God for his protection upon our family.

“After every cyclone has caused havoc, I continue to replant and revive my plantation. With the COVID-19 pandemic it has affected our country and the world, that is why going back to our land resources is important for food supplies and income.

“We cannot predict the future but in the meantime, we must be prepared for the present.

“Our family is only fortunate that natural disasters such as flooding does not affect us, I guess because of our location, but we are more alarmed at strong winds.”

The 62-year-old farmer said he is also concerned with soil erosion.

Mr. Elekana’s wife Keta shared that despite having another home located on the lowlands near the sea; she prefers living uphill because it’s peaceful.

A recent weather update issued by the Samoa Meteorology Division on Friday at 5pm, stated that the latest winds observations as of Friday afternoon indicated a broad area of 35-45 kph Northerly winds near the forecast zone, expected to increase up to 50 kph by tomorrow [Saturday] afternoon.

This led to the Meteorology Division Wind Advisory and as winds increases, the Marine Advisory is now upgraded to Marine Warning. Additionally, a Heavy Rain and Flood Warning have been enforced for all of Samoa.

“A massive cloud band associated with an active convergence zone lies just southwest of Samoa which linked to a low-pressure system currently situated south of Tonga Islands and continues to move further away from Samoa.

“The aforementioned convergence zone is forecast to provide heavy downpours with strong gusts and thunderstorms for tonight into tomorrow. Flooding and landslides are possible at vulnerable areas.

“Waves and swells remain within the range of 2.5 - 3 meters over marine waters.”