While others took it slow on a rainy Thursday, others did not. (Photo: Aufa'i Areta Areta)

The tropical depression system that was in the vicinity of the islands has a low possibility of developing into a Tropical Cyclone within the next 12-24hrs, the Samoa Meteorological Office has warned.

Despite this, the heavy rain warning and flooding advisory remains in effect due to a system located near the islands.

"An area of intense cloud development is located within the vicinity of Samoa islands," the MET Office warning reads. 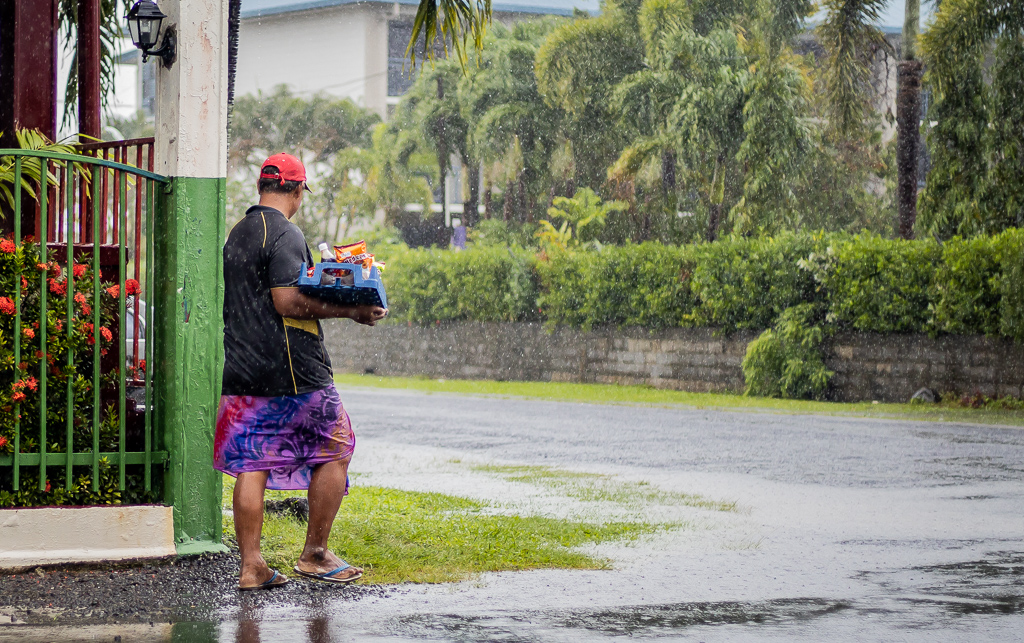 The system will maintain periods of heavy rain with strong gusts and thunderstorms at times, the warning continues.

"Flooding and landslidesare highly likely at prone areas. Waves and swells of more than 2.5meters will continue to impact all marine waters of Samoa in the next 24 hours.

"Hence, all valid warnings and advisory will remain for tonight and tomorrow."

The public has been advised to look out for heavy downpours with poor visibility, gusty winds, foggy and slippery roads over mountain passes and ranges, as well as the pooling on the side of roads and waterways.