A state funeral was held to honour the life and service of Fiu Loimata II (Photo: Sialai Sarafina Sanerivi ) 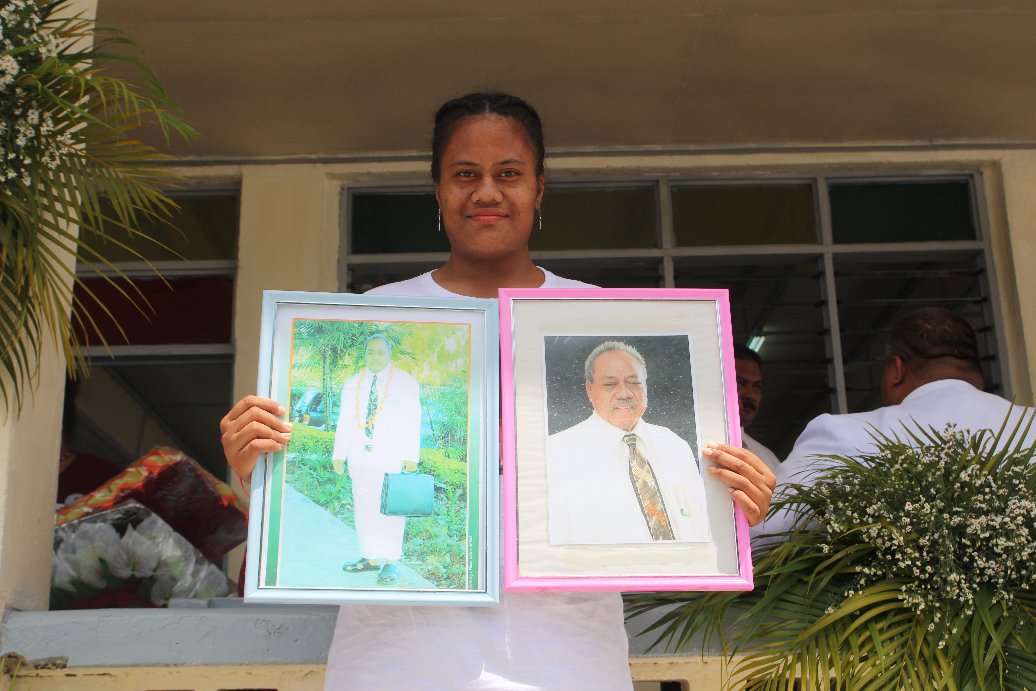 Families, friends, associates, and his fellow church and village members gathered at the Saletagaloa Methodist Church to pay tribute and farewell the 79-year-old who died on 13 January 2021.

Among the mourners were the Prime Minister, Tuilaepa Dr. Sa'ilele Malielegaoi, Cabinet Ministers, Parliamentarians including members of the F.A.S.T. Party, and a leadership cohort of the Methodist Church in Samoa who traveled to the big island to pay their respects to the former Member of Parliament for Fa'asaleleaga No.1.

Reverend Pisopa Hakai led Fiu's final service before he was laid to rest at Salelologa. 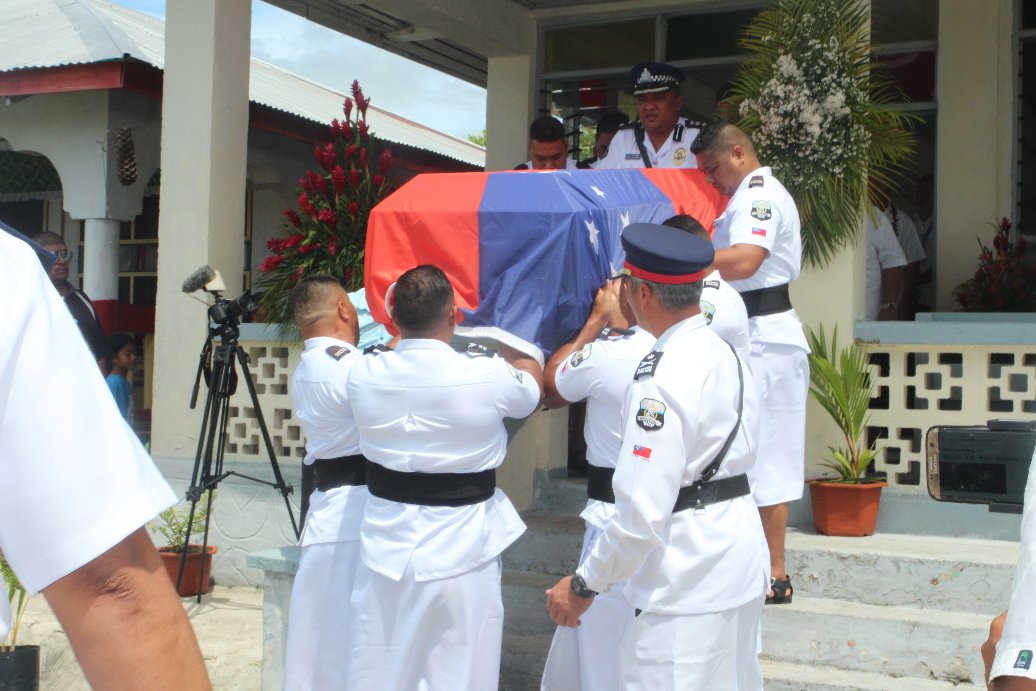 "Another matai from Salelologa, Luamanuvae Tofilau Eti Alesana, was chosen as the Prime Minister of Samoa during the same Parliamentary term (XII).

"The two matai from Salelologa occupied the seats for the constituency of Fa'asaleleaga No.1. during the same parliamentary term.

"This was before the new amendments were made to the Electoral Act.

"Luamanuvae passed away during the same parliamentary term and members of the ruling Human Rights Protection Party (H.R.P.P.) elected me as the Prime Minister.

"This was a very crucial time in the history of our nation. We started to push for the development of the Salelologa township from this time.

"Developments that we had to carry out depended on the availability of resources and funding. 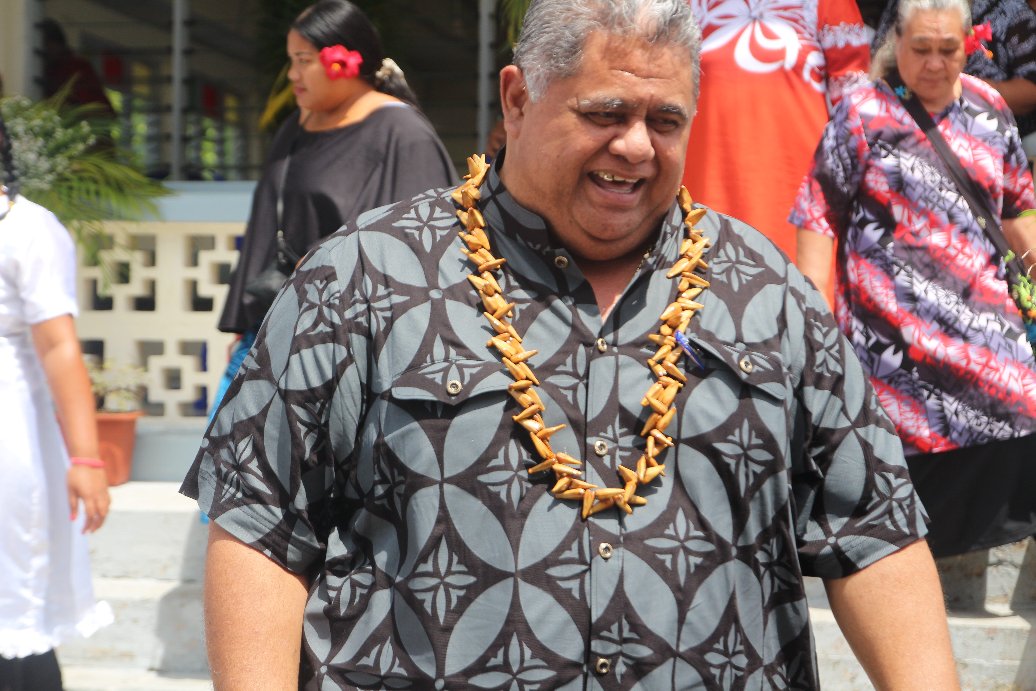 "There is no milk and honey in Samoa. If a government wants to do a lot, with the little that we have, it's just dreams.

Reflecting back on Fiu's time in office, Tuilaepa described him as a very respectful and honest servant.

"Fiu Loimata was a member of parliament who carried out his duties to completion.

"He had a colorful personality and was very respectful.

"He did a tremendous job voicing the needs and wants of the people of Salelologa during his time in office. This echoed through all the developments he pushed for, that have benefited this village of Salelologa.

"He had a voice as strong as the sound of the thunders when voicing the needs of his constituency when I became Prime Minister. 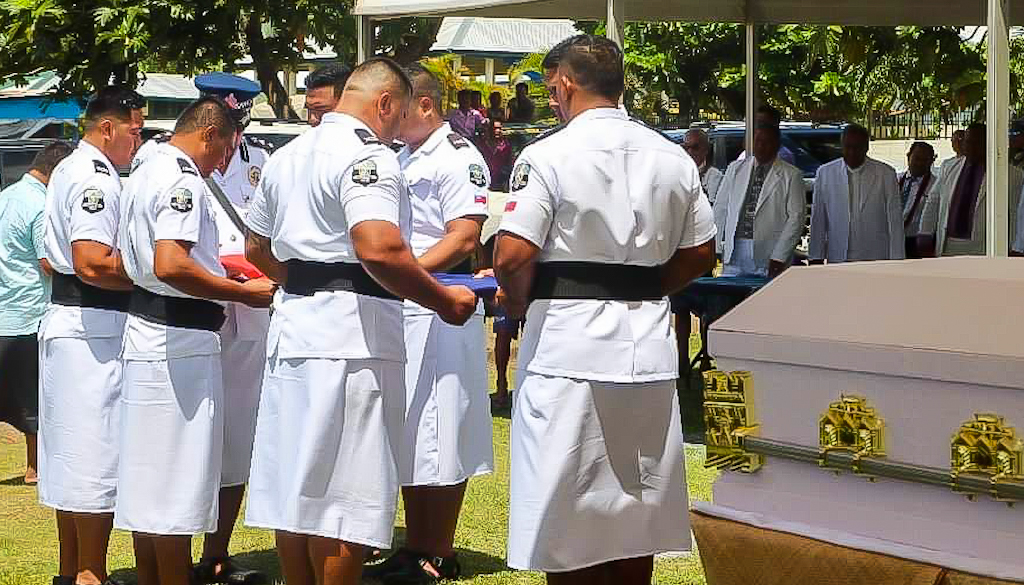 "But that was not the case when Luamanuvae was leading the government. He had so much respect for Luamanuvae as they are from the same village. He served with humility and love.

"He stepped down after that parliamentary term and gave way for other members of the constituency to contest in the election."

Tuilaepa thanked Fiu for his contribution and his service to the Government. 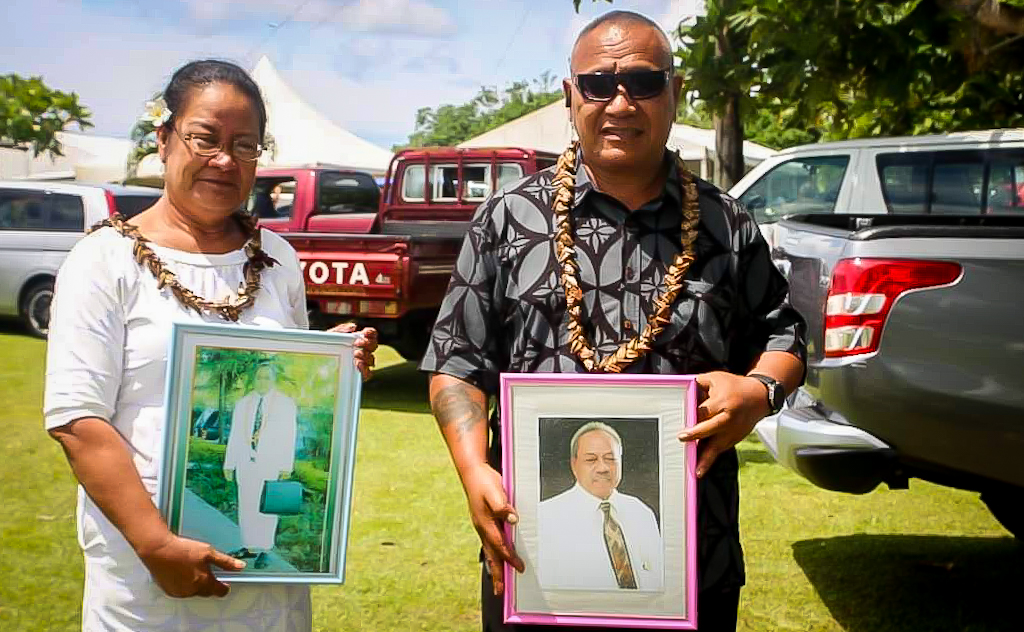 "Fiu is a well-known servant through his service and contribution to the Methodist church," said Reverend Dr. Eteuati.

"He became a failauga (a layperson), and the role they play is very important in the Methodist church.

"The anointed servants of God or the church ministers rely on them for so many things in the ministry. Their contribution to the growth and development of the church and its ministry is very crucial.

"They are the right hand of the church ministers. Their insight, knowledge, and experiences are needed when it comes to decision making in the church.

When someone becomes a member of the Komiti Tumau, according to Reverend Dr. Eteuati, it means that person is matured in faith, has served the church well over the years, and has devoted his life in serving God's ministry.

"They are given the opportunity to be the voice of the different congregations during the annual conferences hosted by the Methodist Church.

"He was an honest layperson and was given many responsibilities from the church. He was trusted with so many roles which he carried so well.

"There are two things I remember about Fiu," Reverend Dr. Eteuati added.

"He was a proud Salelologa. Fiu had so much pride and spoke highly of his village wherever he went.

The youngest of Fiu's eleven children, Matamua Simeauli Tovia spoke of the bond and the memories they shared with their father. 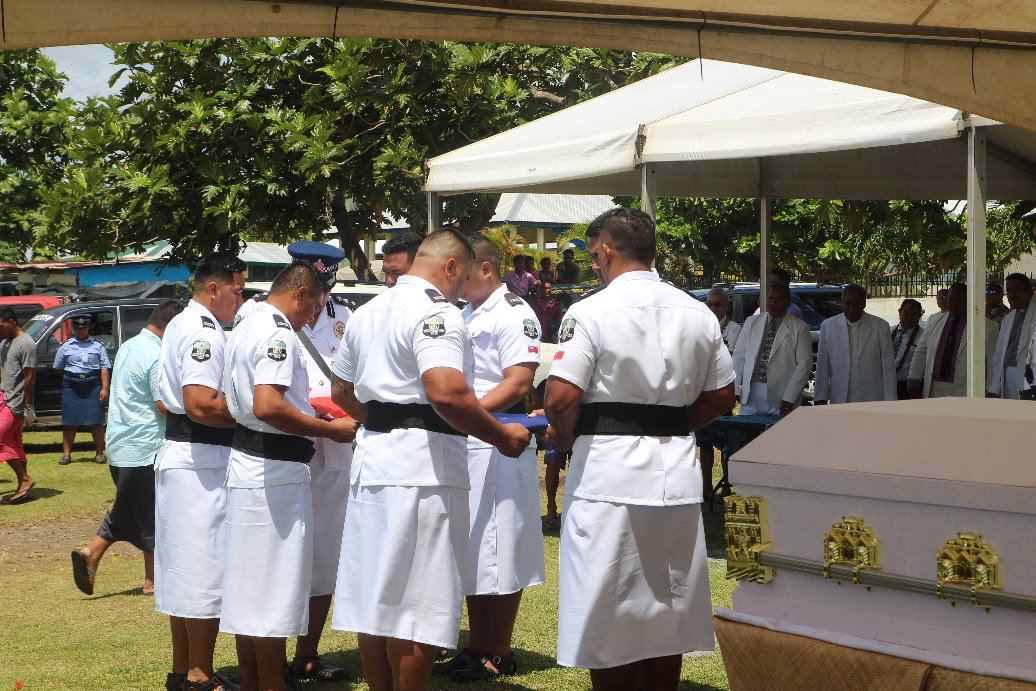 "When he first entered Parliament, people thought he was someone who did well in school. Someone who went to a good University.

"His English was not fluent, as a matter of fact, he did not speak English at all. But during his time in Parliament, he would stay up late to study and read about the different issues and write his speeches in Samoan before any parliament meeting.

"He tried his best to learn new things and he would speak English without hesitation."

Matamua remembers her father as a strict man who wanted nothing but the best for his children.

"He was strict because he wanted us to succeed and live good lives. He always wanted things to be perfect.

"We didn't think this would be his time to go, but we cannot stand against God's will."

She said her father served his family and Government with passion.

“However, it cannot be compared to the love and passion he had for his church,” said Matamua.

"He loved and adored his church so much. My father was well-known for his dedication and service to his Methodist church."

Matamua's parting words to her late father were: "Fiu, you are a warrior! We love and miss you so much, may you rest in peace, our beloved father."

Fiu entered Parliament in the 12th Parliamentary Term (May 1996- 2001) as a member of the Human Rights Protection Party where he served on the Ethics Committee.

Fiu had eleven children and 65 grand-children.

A Minute of Silence was observed in the House to honour the fallen Parliamentarians.