Speaking during the Supplementary Budget 2020/2021 debate in the Parliament on Thursday, Tuilaepa said seawalls are funded by foreign aid instead of the local budget.

He said the requirement for construction of seawalls is to ensure the protection of Government infrastructure that is affected by sea surges.

But following constant requests from two particular villages to build seawalls to respond to coastal erosion, Tuilaepa said the Government has revised those policies.

He added that he has seen the impact from sea swells on the communities and prompted a recommendation to the Minister of Works to look into it.

“The long term plan is to fund it from the local budget,” he said. “It is true that the Government cannot build seawalls for every village but their constant plea and knocking will eventually open doors.

“I have seen it [impact on the villages] and something has to be done about it.”

The recent change in policy on seawalls commenced during the time that the Prime Minister took over the Ministry of Natural Resources and Environment portfolio.

The M.P. for Safata West, Leaana Ronnie Posini had earlier thanked the Prime Minister for accepting the constituency’s request for a seawall at Saanapu.

Leaana said since he entered parliament in 2016 he had constantly asked for the construction of a seawall in the village.

However he said it wasn’t until he recently visited the Prime Minister to remind him again of their request when he was given the okay.

But the former Minister of M.N.R.E., Fiame Naomi Mata’afa intervened to explain why she had denied the request in yesteryears. 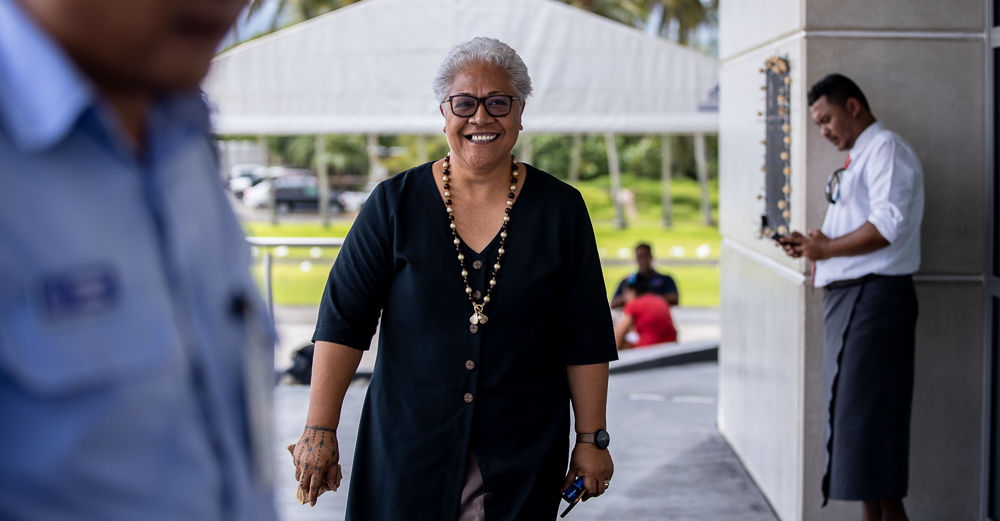 According to Fiame, she made it clear in the House that the Government policy at the time is that priority is given for construction in areas that protect assets such as road infrastructure.

She said that those were the policies at the time and she is glad that his constituency is getting the greenlight, if such policies have been revised to include villages affected by rising sea level.

The Minister of Works Transport and Infrastructure, Papalii Niko Lee Hang confirmed that there are three seawall projects being noted and include the villages of Falefa, Laulii and Saanapu.