The tournament was initially branded "Xmas Volleyball Quickie" but that had to change after flooding struck on 18 December.

A member of the Events Committee, Melanie Mulitalo, said that the tournament encourages community engagement and efforts towards developing volleyball as a sport.

"This is the first time we’ve hosted such a competition and we’re hoping to make it an annual event to push community engagements and develop volleyball as a sport," she told the Samoa Observer.

"Volleyball is one of the sports that our youth is very interested in and we also know that it’s one of the most widely-played sports in Samoa, and that’s why we are hoping to make this an annual event, of course depending on our sponsors.

"The competition was supposed to be a Christmas quickie, but then it got postponed because the day we were supposed to host it was the day of the floods, and we weren’t able to host it on the scheduled day so we postponed it to kick start this year." 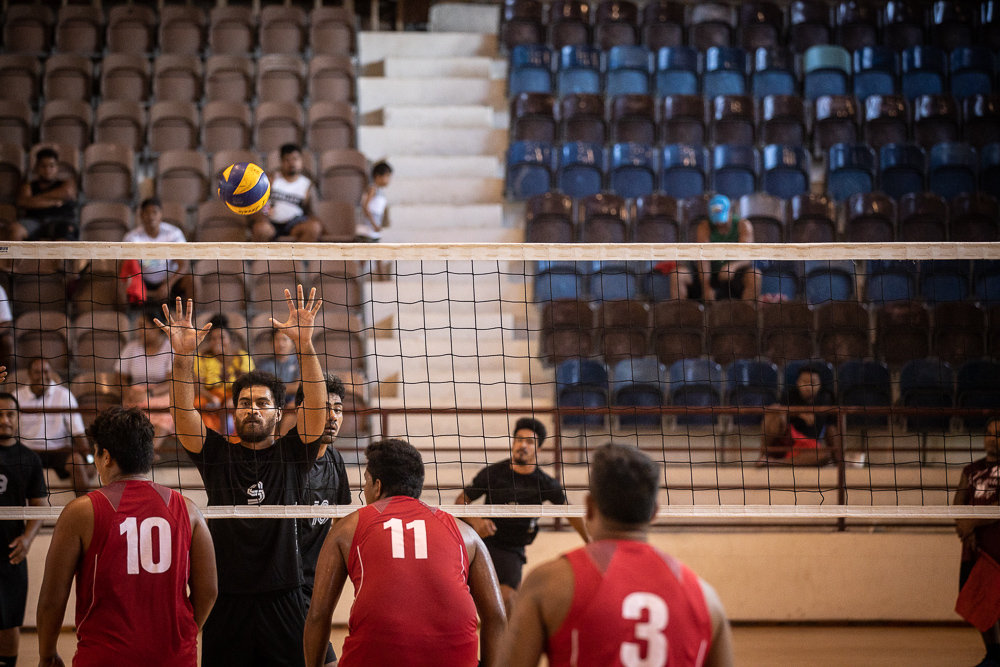 The pool games were done yesterday with the play-offs undergoing today. Most of the teams are affiliated with the Samoa National Volleyball Association and are from local clubs, teams from churches as well as family teams.

Ms. Mulitalo said that the first day went by smoothly, with all the teams who registered showing up which made the atmosphere very competitive.

While the tournament was for encouraging community engagement and developing the sport, Ms. Mulitalo said that it is also a fundraising activity for their youth divisions.

"This is fundraising, but at the same time, we’re hoping to cater and to improve community engagement and just to develop volleyball," she said.

"Our church was renovated, so we had renovations for the end of the year and so we were hoping to fund a bit of that project and so our funds will also go into developing our youth."

Vodafone Samoa is the main sponsor of the two-day tournament with other companies sponsoring some of the prizes such as Taula, Vailima and Frankies.