The Prime Minister, Tuilaepa Dr. Sailele Malielegaoi, is continuing to advocate for three bills that will reshape Samoa’s judicial system and amend its constitution, three weeks after their passage into law.

During a Human Rights Protection Party (H.R.P.P.) caucus on Wednesday, the Prime Minister said the party had conquered “rough seas” referring to domestic and international opposition to the bills.

But he told the assembled audience that the Government was seeing through a long-deferred plan by the nation's founding fathers to address the balance between communal and individual rights in the constitution. The issue, he said, had been overshadowed by more pressing issues at the time of independence but was now able to be taken on by M.P.s.

The Prime Minister said there have been more than 10 explanations and other correspondence issued by the Attorney General and other legal minds involved in preparing the bills over the last five years.

He suggested that political parties that still “do not understand” the said bills study the contents of the explanatory material. 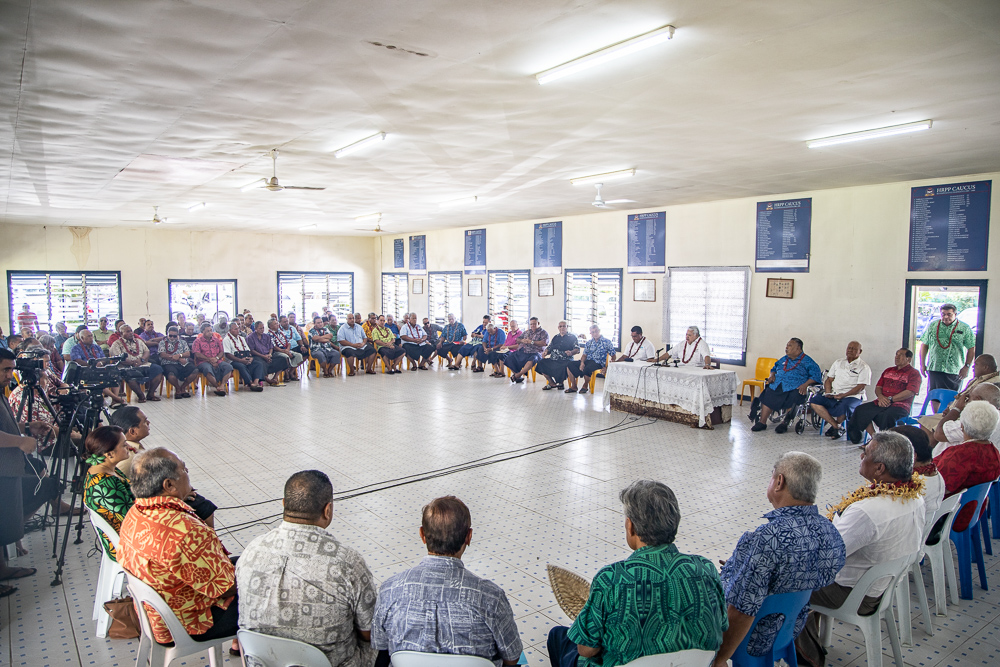 He said there were two issues that motivated the H.R.P.P. to act to engineer and pass the bills.

The first invoked by Tuilaepa was to protect the amendment of the constitution to officially acknowledge that Samoa is a state founded on God.

He gave an example of how the new laws’ empowerment of communal village rights related to Samoa’s status as a Christian country.

“If a Satan-like denomination will come to Samoa (there are many similar churches in America); they can register; but if the Government or a village council rejects their establishment, they can challenge it under [Article 11 of the Constitution] and eventually they can establish such a denomination in the Country,” he said.

“And this is the basis of the reason why 47 Members of this party opted to include this phrase into the constitution.

“Secondly [we wanted] to recognise the rights of the Chiefs in the village councils and that it should also be embedded in the constitution as well as the [establishment] of an institution of the Lands and Titles Court that will deal directly with issues with families over the rights of individuals and communal rights; especially when there is a chief who [lays claim] to a Paramount title and yet another family has the same claims.”

He said this justification was made clear in the public announcement made by former Chief Justice Patu Falefatu Sapolu. 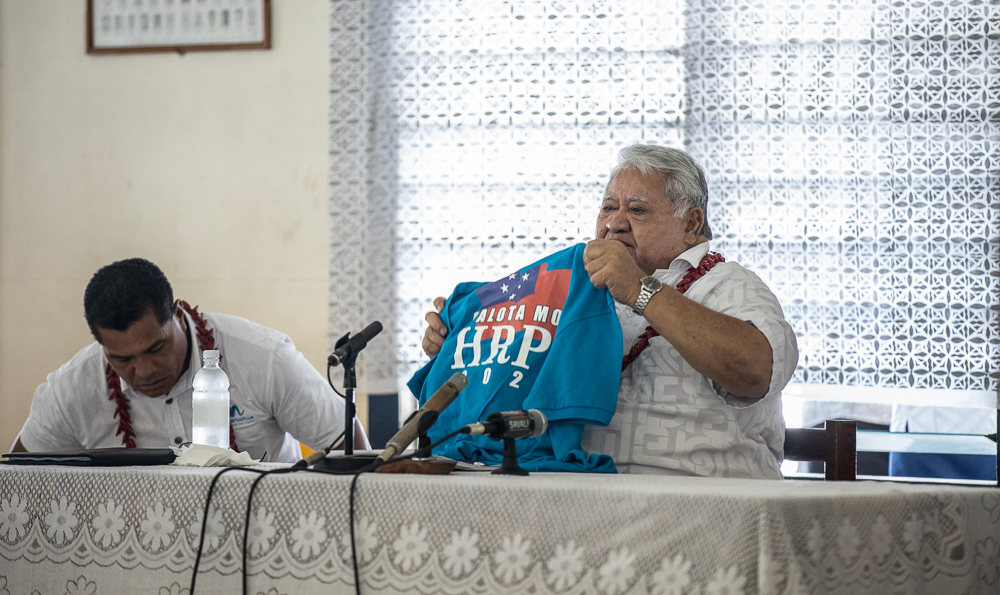 “[Patu] rendered decisions with tears when there are matters between one chief and the Village Council who eventually lose because their rights are not recognised in the constitution and this is the whole gist behind these changes,” he said.

Last year the former Chief Justice, Patu said on national TV that from his experience on the bench, that every time a matter was raised in the Supreme Court involving a conflict between village rights and individual rights, the rights of the Village Council suffered because of what he described as a technical knockout.

That was because the Constitution favours individual rights over communal rights, Patu said at the time.

(Opponents of the bills have questioned this justification, arguing there have been fewer than half-a-dozen such cases of direct conflict on record since Samoa’s independence in 1962). 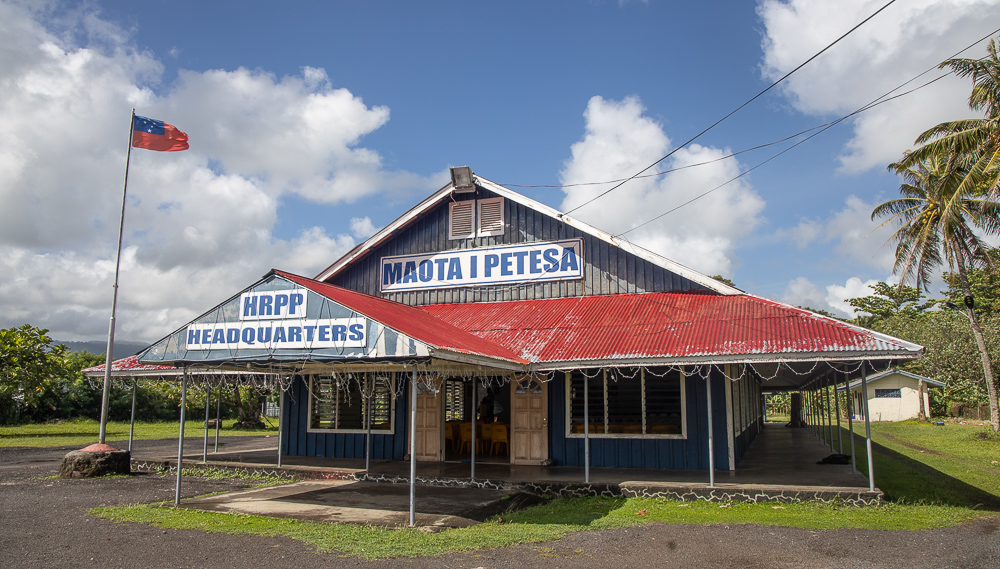 This, according to the Prime Minister, is a justification for the legislation that the former Deputy Prime Minister, Fiame Naomi Mata’afa, and the opposition party, Faatuatua I le Atua Samoa ua Tasi (F.A.S.T.) do not understand.

He argues the nature of the changes and how they will assist and protect the rights of the village councils and individual rights were not understood by Fiame and other former H.R.P.P. colleagues who voted against the legislation.

“Yet they used to sit in this very compound and discuss these major issues; but this is evident that while their bodies were present; they hearts were somewhere else,” he said.

The Prime Minister then turned to the former Attorney General Taulapapa Brenda Heather-Latu and the Samoa Law Society and accused them of not thoroughly reading a Parliamentary Committee Report into the laws written in Samoan.

“This conversation was initiated by of our forefathers to move forward with establishment of an [Independent] Lands and Titles Court and it was discussed by [chiefs] that were part of writing the Constitution,” he said.

“They were advised by the lawyers at that time, that it could have an impact on [Samoa’s] membership with the United Nations which [would] pave the way for our Independence.

“And there were also concerns about the freedom of religion as indicated under Article 11 of the Constitution; because the Village Councils can stop the establishment of churches in the villages and once the matter is in court; they will grant the request based on the rights of an individual as indicated under the constitution.”

Tuilaepa said these discussions started in the 1960s but at the time there were other pertinent issues at stake such as achieving independence. That, he argued, was why the nation’s founding fathers left it to a future Parliament to decide upon contentious issues within the laws.