Some 700-plus seasonal workers will depart for New Zealand to resume work in January. (Photo: Anetone Sagaga)

Over 700 returning seasonal workers who will depart for New Zealand to resume work this year have been cautioned against breaching the New Zealand government’s COVID-19 state of emergency orders.

The warning was issued by Prime Minister Tuilaepa Dr. Sailele Malielegaoi at a pre-departure briefing with those under the recognised seasonal employer scheme held at TATTE building on Tuesday.

The temporary workers, who will be boarding separate charter flights paid for by their employers in New Zealand, will have to undergo the mandatory 14-days quarantine upon arrival. 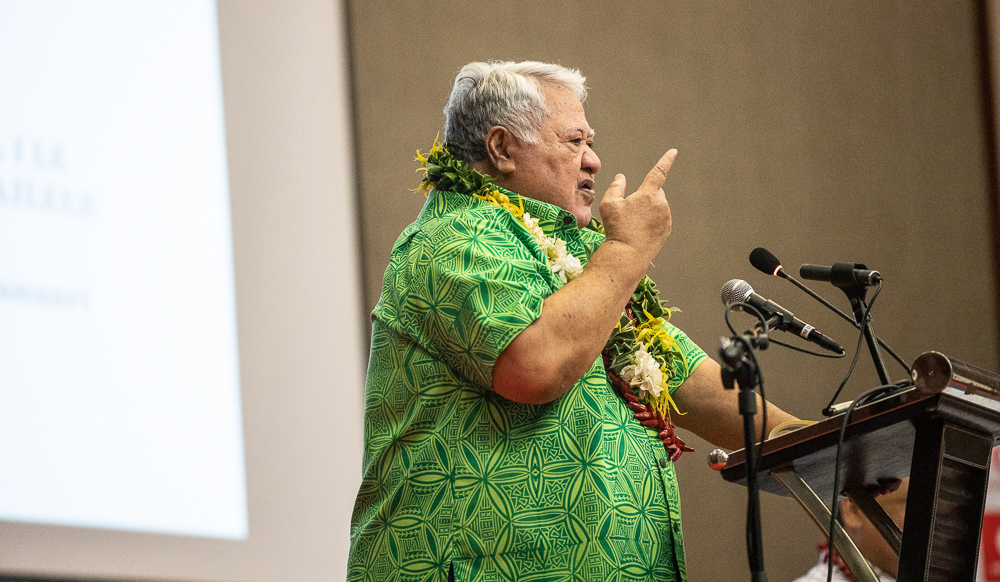 In encouraging the workers to avoid getting into trouble, Tuilaepa urged the men to comply with health requirements in New Zealand during the quarantine period.

He pointed out that their return to work this time around is different from previous years, due to strict restrictions imposed by New Zealand to prevent the spread of the coronavirus.

In addition Tuilaeapa warned that if one of them breaches restrictions imposed by the New Zealand government, they will face the consequence of being charged by authorities and sent home. 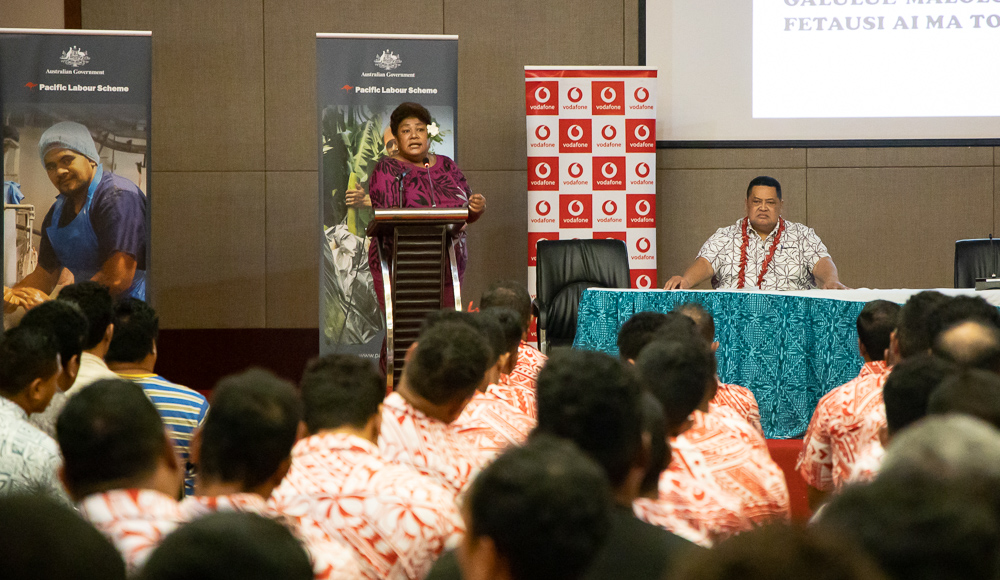 “Use this opportunity wisely,” he urged the seasonal workers. “These are opportunities that some could only wish for but weren’t able to participate because you were selected.

“These opportunities will benefit you, your family, and village…”

According to a press release issued from the Ministry of Commerce Industry and Labour, a total of 624 workers will travel in various groups scheduled to arrive in New Zealand this month.

An additional 151 workers will fly out on 26 February, the Ministry confirmed.

Tuilaepa stressed the importance of good behaviour from the men as any wrongdoing from one of them will tarnish the reputation of the Samoan Government.

But most importantly, he added, is that the behaviour of the seasonal workers will have an impact on the number of jobs allocated to Samoans amongst other Pacific islanders.

In light of the pandemic and its impact, the Prime Minister said a fewer number of jobs of 2000 was given to all Pacific islanders.

He said that Samoa was assigned the most number of employment opportunities – a total of 624 jobs plus other new offers, and is a reflection of the good performance of the local workers. 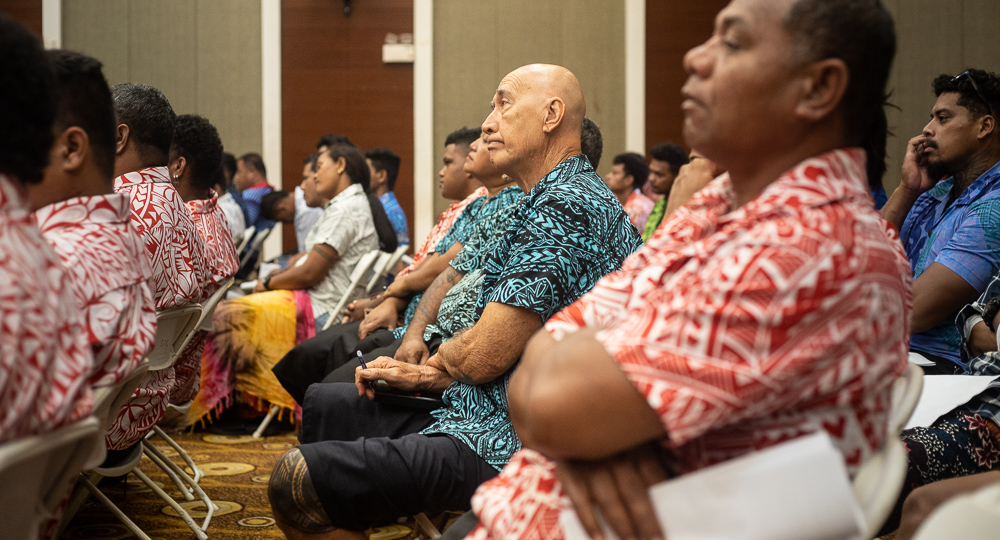 The remainder of the spaces under the R.S.E. scheme has been given to other Pacific island workers.

“I thank the government of New Zealand and the companies who are the employers for trusting in our people,” he said.

Furthermore he said the partnership with the New Zealand government has also opened doors to skilled workers like carpenters, to work in New Zealand in the wake of the 2011 Christchurch earthquake.

He encouraged the seasonal workers to continue working hard and stay away from trouble so that more doors can open for Samoa.

The Prime Minister also cautioned the seasonal workers against consuming alcohol and narcotics that can often lead to them making wrong decisions. 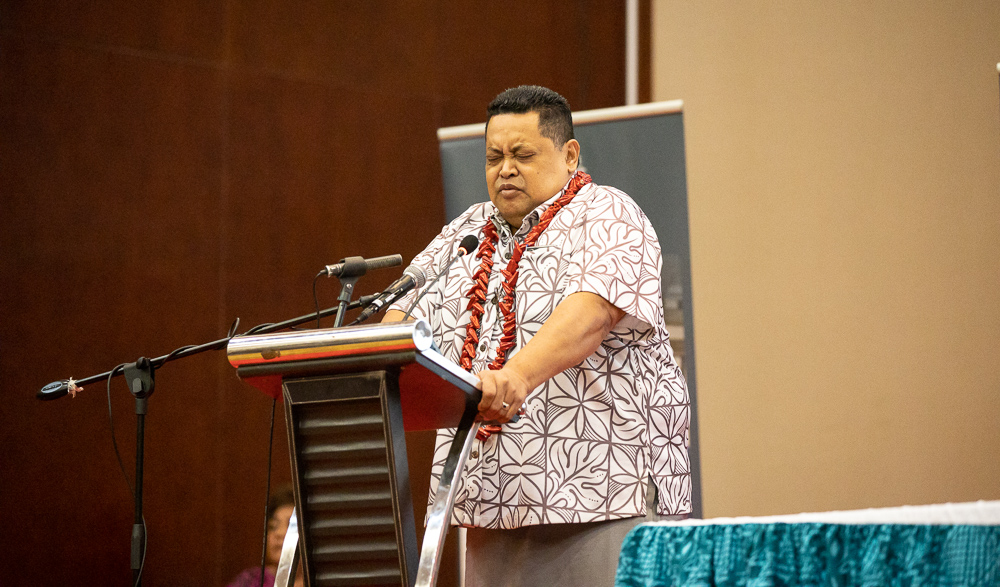 Extramarital affairs was another issue he raised, saying that the Government will not tolerate those who are unfaithful to their wives who are waiting for their return.

Workers have also been urged to be safe when driving in New Zealand, considering recent incidents where some seasonal workers died.

Lastly, he asked the workers to continue to pray so they can gather good thoughts which will keep them safe.

The Minister of Public Enterprises, Lautafi Selafi Purcell, also gave some encouraging words to the seasonal workers before they departed.

He thanked the workers for their hard work, which he said is reflected in the trust by the companies that are hiring the local workers, and encouraged them to be honest in their work.

According to Lautafi there were initially 3,000 job offers for Samoans before the pandemic and that figure dropped to 600-plus.