Fiame, F.A.S.T. to make it official

More than 100 people were packed in to see the roadshow. (Photo: Vaitogi A. Matafeo)
Politics

Fiame's announcement that she would join the opposition party after Parliament rises next Tuesday, before Parliament rises for the final time before the election, was met with excitement and cheers.

The announcement was made at a F.A.S.T. rally in the constituency of Safata No. 2. as the party continued its roadshow of Upolu.

She encouraged the residents of Safata No. 2 to exercise their right during election to achieve a change in Government.

"We were also there in Government, but the reason we left was due to extreme abuse of power," she said.

"Authority is good when used wisely, but when we saw that it was corrupted and used with [bias]; I, along with Laauli [Leuatea Schmidt] and Faumuina [Wayne Fong] decided to leave," she said.

"What did we do? We resign and speak up. We do not have authority, as Laauli said, it is in your hands to steer the future of this country."

More than 100 people packed the Fausaga Catholic Hall and tents set up outside to listen to the party's agenda and offer support for their local F.A.S.T. candidate, Laumatiamanu Mathew Ringo Purcell. 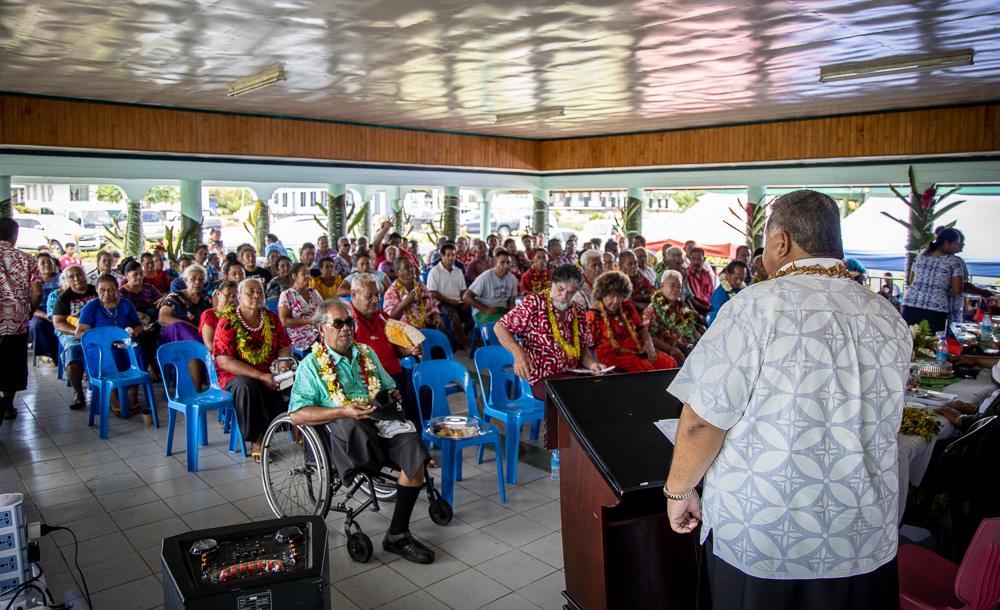 A 55-year-old local, Mavaega Talatoa from Fusi, Safata expressed his full support for the political party after hearing their long-term goals listed in their manifesto so far.

Mr. Talatoa spoke particularly in regards to the party's goal to treat every constituency with fairness and ensure "blessings" are shared among villages equally

He pleaded with the F.A.S.T. leader, La'auli, to specify what the policy entails, saying Safata 2 is amongst the many villages in Samoa that rarely see developments in their area.

The party's deputy leader, Olo Fiti Vaai, in response assured the villagers that fair treatment of all constituencies is high on the agenda of the party because he particularly knows what it feels like after more than 10 years in the opposition.

Another Safata No 2 resident, Tupai John Matthes, thanked the party for their "bravery" along with everyone who showed up at the event saying it took "guts" to do so.

"We know that our vessel will not be completed in one day but we hope that your door will always be open to appeals and advise from the nation to ensure it is steered in a blessed direction," he said. 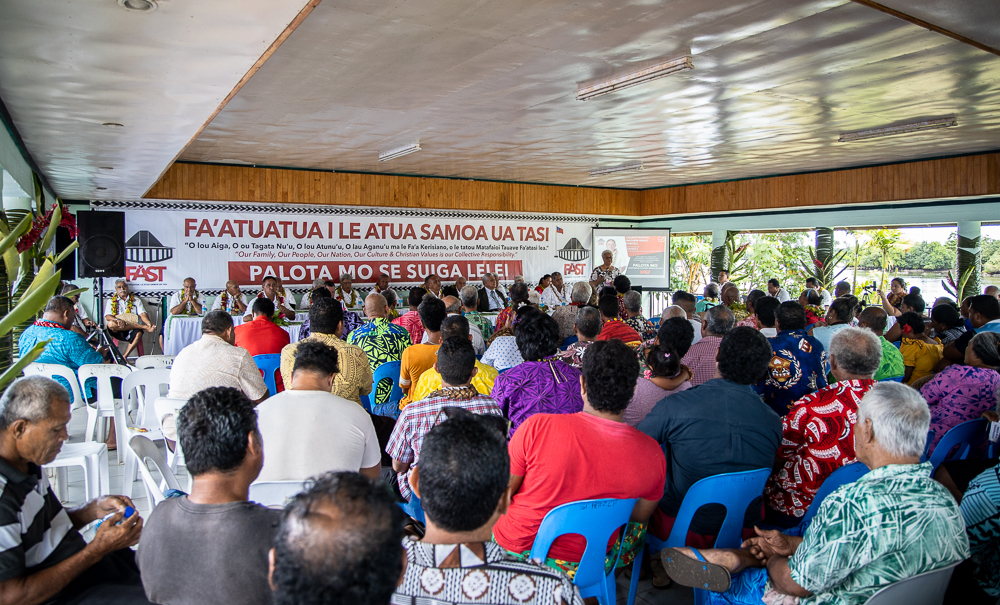 The father-of-10 says he understands that the Safata East election is going to be tough, having to contest alongside four other candidates, including the constituent's incumbent M.P., Nonu Iose Niumata.

But Laumatiamanu says he is confident he will succeed as he has been preparing for the past five years ahead of the election next year. He believes the new party "holds the key that will open doors" for new developments in his constituency.

The party made a second stop on Tuesday to meet the village and constituency of Siumu.