A new eatery called Rose Cafe has opened in Tamaligi opposite the Congregational Christian Church of Samoa-owned bookshop.

It is owned by Roseanne Meredith and is managed by her 18-year-old grandson, Tamafaiga Jeremiah Keil. It’s establishment was inspired by Mrs Meredith's late husband who had a takeaway shop in the same building many years ago.

Tamafaiga told the Samoa Observer that he had only returned from New Zealand last October and was asked by his family to help out at the cafe.

"I was in New Zealand and then I came back and then I was told we’re opening up a café and my family said to me ‘since you’re not doing anything, can you help out there’ and so I thought I might as well so I’ve been helping out since I got back," he said in an interview. "The idea came from my grandpa, my grandma’s husband that passed away.

“He had a takeaway in the same building that we opened our restaurant in."

The cafe is named after Tamafaiga’s grandmother Roseanne, which he said honours all that she has done for their family, and also it was something that Mrs Meredith wanted to pursue. 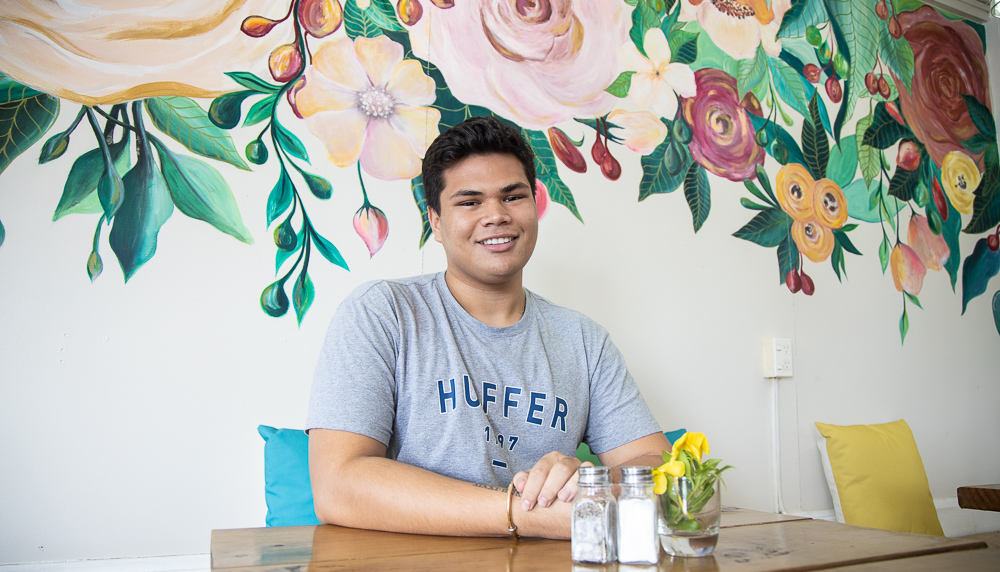 "We named it after our grandma because she has done so much for us and we wanted to do something in honour of her," added Tamafaiga.

The opening of the cafe last Tuesday was a success which he said was unexpected as they didn't do a lot of promotion on social media.

"We only did an Instagram post and we didn’t have that many followers. Our opening day was really good, although the timing of the food was kind of late because it was full and we were all busy in the kitchen."

The cafe’s wall is probably the main attraction, besides the food, as a lot of customers asked to have their photos taken in front of it.

According to Tamafaiga, discussions to set up the cafe went on for about a year and had its struggles.

"There was a lot of struggle, the majority of our money went towards the oven, like the bog stuff and then we didn’t have enough to buy the small stuff like the cushions and chairs.”

Asked about being a manager at 18, Tamafaiga laughed and said that a few customers have asked and were shocked to find out how young he is.

And although his dream career is to become a flight attendant, he told this newspaper that managing the cafe will be his goal for now with the borders closed due to COVID-19.

"A lot of people would come in and ask who the manager is and I’d be like ‘oh it’s me’ and they’ll just look at me and they’ll ask how old I am and I’d tell them I’m 18 and then they’ll be like, ‘wow’.

"I know I am so inexperienced but I’m learning as I go so I’m happy about that, it gives me an eye into the real world.

"I want to be a flight attendant, I want to travel the world but due to this, I think I’ll be here for a while.

"My main goal is to have this keep going and I have so many ideas for events like Valentines and all the holidays that are coming up so it’s good that I’m letting out my artistic side." 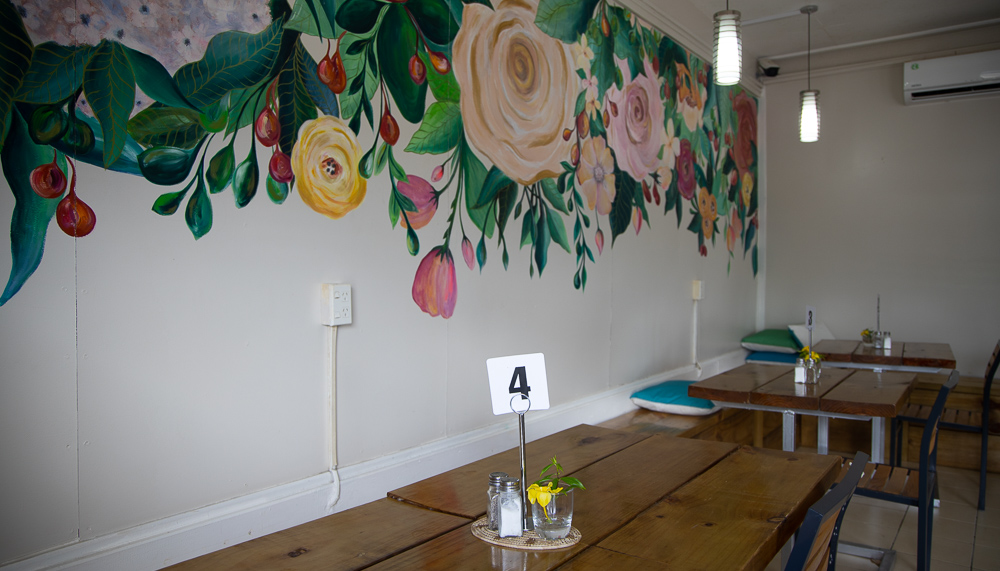 Tamafaiga then acknowledged his grandmother Roseanne Meredith for all that she has done, even after she sold her factory.

He said she was adamant to see the cafe up and running and would be at the cafe every morning before 7.30am to await customers.

"Only my grandma, because she has been through so much and after she sold her factory and it was just the building that was rented out; she was bored, she barely got out and when she wanted to open up this café, we thought we’d do it for her," he said. "Every morning, she gets here before 7:30 am and has her coffee and then waits for people to come in and then she mingles.

"Now that we have everything going, we’re throwing into the idea box what specials we should have and then there are valentines coming up, we’re ready for that."

The interior design of the cafe is in vibrant colours with an eye catching painting across the wall by local Samoan artist Jessie Rae.