The Christmas lights on the Samoa National Provident Fund (S.N.P.F.) building in town were taken down on Saturday as the festive season comes to an end.

Employees of local company V Electrical Engineering Solutions Ltd were seen taking down the lights on Saturday afternoon from each one of the floors, untangled and then folded to pack away for the year.

The company’s health and safety officer, Leaupepe Lomitus, when approached for comment by the Samoa Observer said he’s happy their work was done. 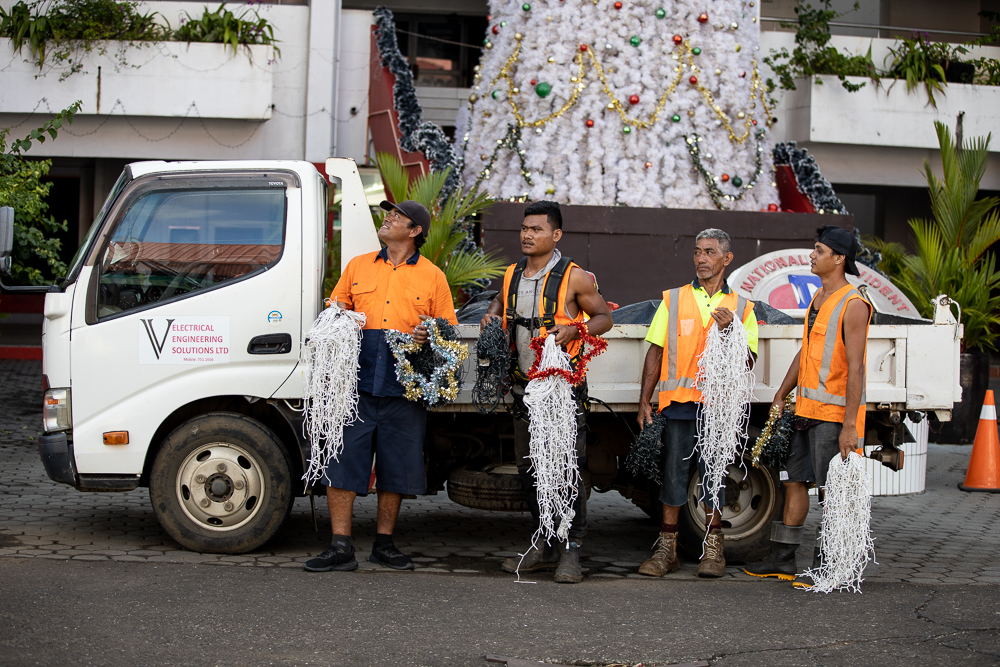 "As they always say, when the door closes there is always another opening somewhere and there's always a window as well," he said.

The contractor took four weeks to get the lights placed around the building and ensured they were maintained for the duration of the festive season.

According to Mr Lomitus, they were also tasked to set up the Christmas lights on a monument at Mulinu’u.

When the Christmas lights at the SNPF building were switched on for the festive season, the multi-storey office and shopping area became a popular spot for city residents and visitors. 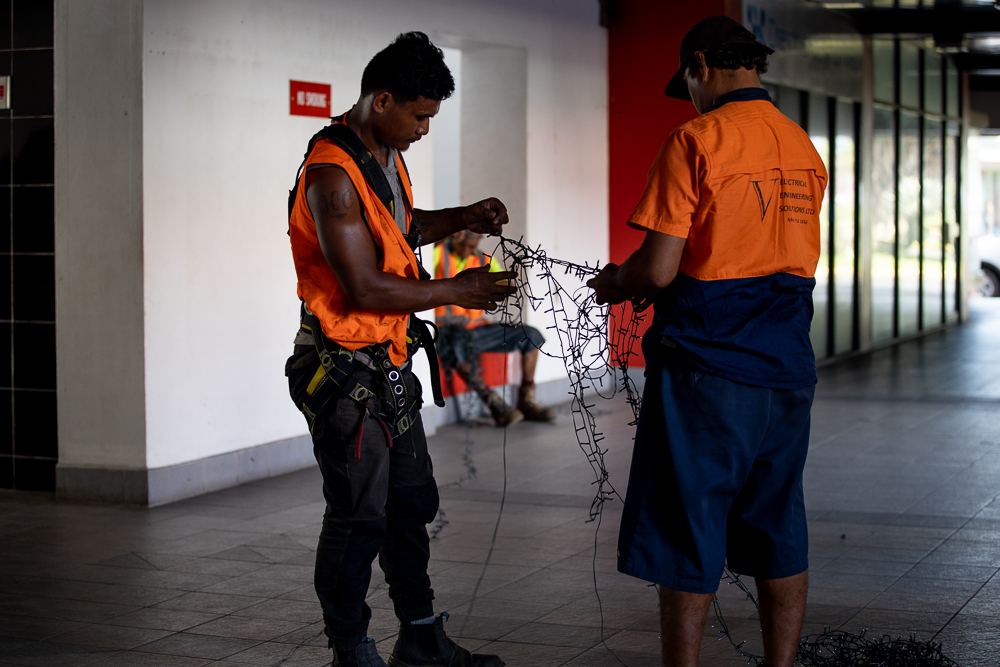 Asked how he felt when the lights were turned on, Mr Lomitus said that was a question that his superior should answer as she was the designer.

Though, he said he was happy seeing the building becoming popular for people to take photos including selfies, adding that all glory to God for completing the work without anyone being harmed.

The process to take down the Christmas lights started on Wednesday and will be concluded on either Monday or Tuesday.

Mr. Lomitusi then thanked the S.N.P.F. Chief Executive Officer and members of the public who were satisfied with the work that he and his four colleagues did putting up the lights.

Samoa’s two-day national COVID-19 mass vaccination targets the heart of local communities especially within homes of families eligible to be vaccinated with the AstraZeneca vaccine on Thursday.