The large crowds gathered under the tents propped up in front of the Faleata No. 2 Member of Parliament's lawn on Friday (Photo: Vaitogi A. Matafeo)
Politics

Some 500 Faleata 2 residents gathered at the Vaiusu residence of their local M.P., Faumuina Wayne Fong, to show their support for the Fa'atuatua i le Atua Samoa ua Tasi (F.A.S.T.) party.

The crowd is the biggest turn up yet since the political party roadshow campaign had started on Monday. Despite having two large tents and about 500 chairs, some of the constituents were forced to take shelter under the nearest shade they could find just to listen to the event.

And while the crowd heard what the party and their guest speaker, former Deputy Prime Minister, Fiame Naomi Mataafa had to say, people in attendance had much more to share. 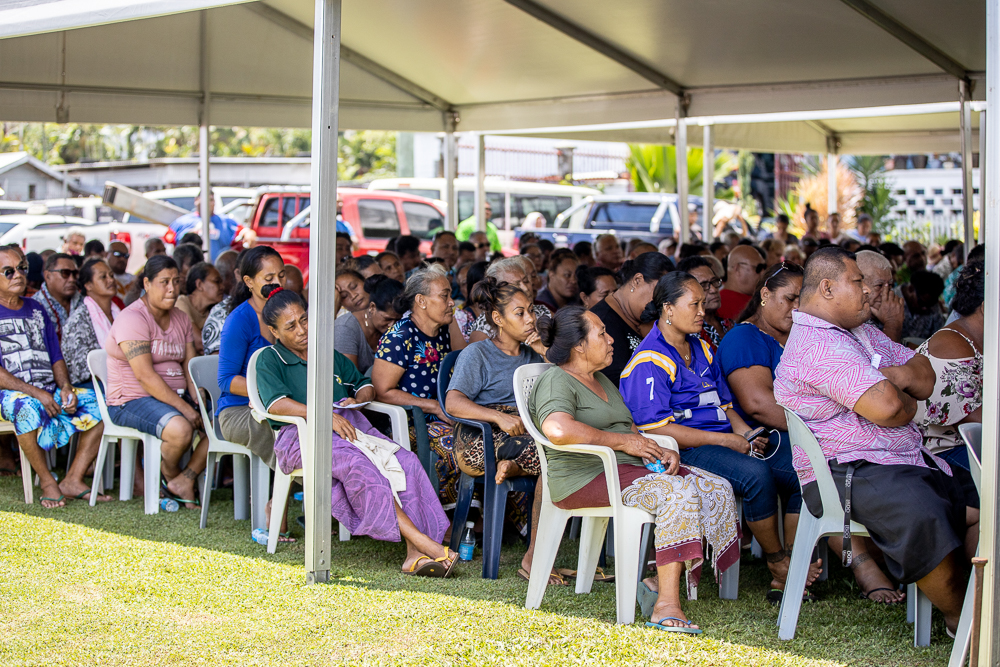 The most pressing issue for the Faleata 2 residents, specifically in Vaiusu, was the multimillion tala wharf proposed to be built at Vaiusu Bay. The people were evidently against it.

Vaiusu and Vaigaga chief, Ulugia Dr. Tito Kamu was amongst the many who expressed their rejection to the proposal saying it would have adverse impacts to their livelihoods.

"Firstly, we oppose to the wharf that is being planned for Vaiusu; we lived off the various shellfishes found on that bay and if they push through with this wharf without having a need for it, our identity and heritage from God will all be in vain," he said.

Another elderly man who spoke during the event said it the wharf was the "gravest" move the Government can make in the village of Vaiusu. 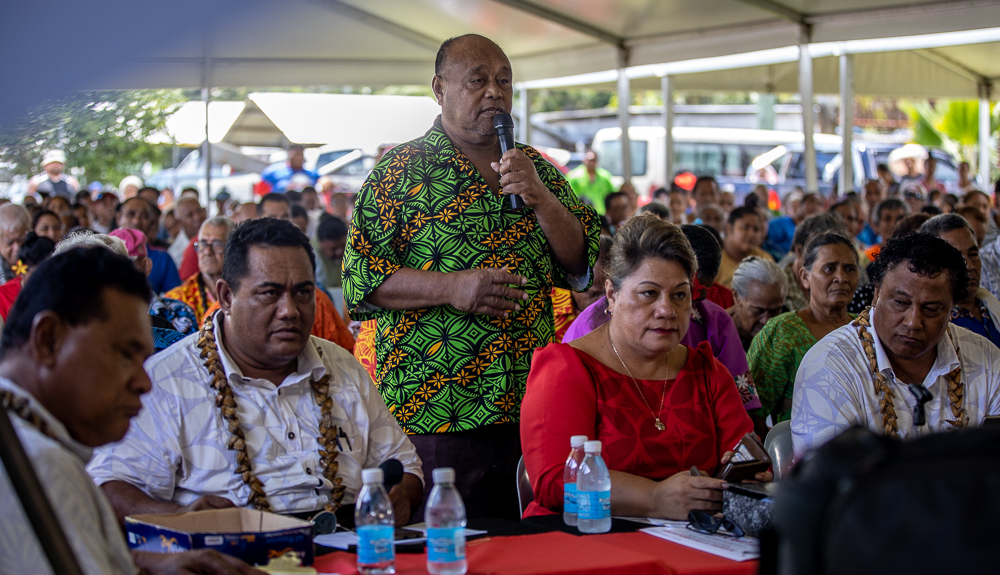 Another issue raised by the residents of Faleata included a hospital situated in the constituency saying it would complement the Police Station as well as Fire and Emergency Servies in Tuanaimato.

Faleata 2 residents also expressed concerns in regards to the Government debt, creating more opportunities for local farmers to access overseas markets, more job opportunities for the people, both locally and overseas, specifically for the youth who have finished school and left with no jobs.

Speaking to the Samoa Observer during the event, Faumuina said he is surprised by the turnout.

"We are very much in opposition of this wharf project and this is the perfect time for them to express their concerns and hopes for a change in Government," he said.

"And then there's the Member of Parliament, but I am very happy about the attendance today. I did not expect it to be more than the tents set up but that's also why we decided to do it here, it's like a personal touch.

"Yes, doing it in halls and such is good but its good to have the people see where you are and your family, that was the intention. It is delightful to see the crowd gathered here today."